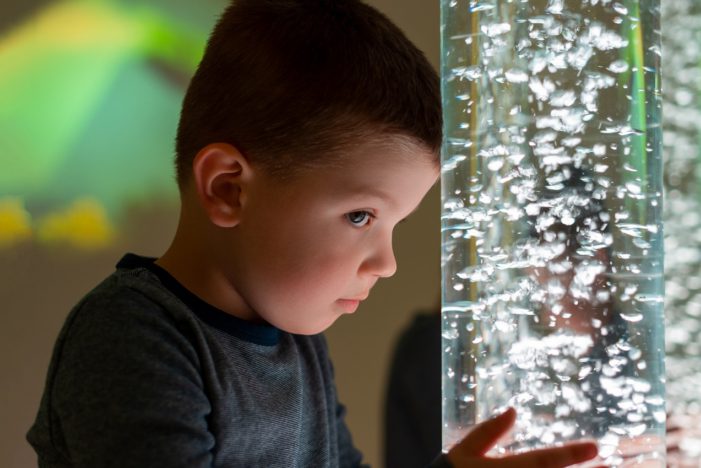 On Apr. 19, 2019, the U.S. Food and Drug Administration (FDA) approved the marketing of the first medical device to treat attention deficit hyperactivity disorder (ADHD). The device is called Monarch external Trigeminal Nerve Stimulation System (eTNS) and is available by prescription only. The device is only to be used by patients between the ages of seven and 12 who are not taking prescription medication for ADHD.1

According to Carlos Peña, director of the Division of Neurological and Physical Medicine Devices in the FDA’s Center for Devices and Radiological Health, “This new device offers a safe, non-drug option for treatment of ADHD in pediatric patients through the use of mild nerve stimulation, a first of its kind.”1

Monarch eTNS: Its Function and Side Effects

The Monarch eTNS device is to be used at home under the supervision of a caregiver while the patient is asleep. It is a cell-phone sized device that creates a low-level electrical pulse and connects via a wire to a patch that adheres to the forehead. Once connected, it is supposed to feel like a tingling sensation on the skin.

The eTNS device delivers electrical stimulation to the branches of the trigeminal nerve, which sends therapeutic signals to the parts of the brain believed to trigger ADHD. The FDA has stated that the exact mechanism of eTNS is not yet known but neuroimaging studies have shown that eTNS increases activity in areas of the brain that are known to be important in regulating attention, emotions and behavior.1

Poor Testing for Safety and Effectiveness

The Monarch eTNS System’s efficacy in treating ADHD was tested in a clinical trial that compared eTNS as the sole treatment to a placebo device. A total sample of only 62 children with moderate to severe ADHD participated in the trial and used either the eTNS therapy every night or a placebo device for a period of four weeks.

The clinical trial’s primary endpoint was to measure improvement on a clinician-administered ADHD Rating Scale known as ADHD-RS. The ADHD-RS uses specific questions about the patient’s behavior that is used to monitor severity and frequency of ADHD symptoms. A higher score indicates of worsening of symptoms.1

The findings from the trial showed that subjects using the eTNS device had significant improvement in their symptoms compared with the placebo group. At the end of the fourth week, the average ADHD-RS score in the experimental group decreased from 34.1 points at baseline to 23.4 points versus a decrease from 33.7 to 27.5 points in the placebo group.1

One of the main problems with this clinical trial is the small sample size. According to Dr. Max Wiznitzer, co-chair of the professional advisory board for Children & Adults with ADHD, “The study draws upon a very small sample size. Most of the known ADHD drugs—Ritalin, Adderall—have a far larger sample size and so one study is just not enough to cite efficacy.”2

Tanya Marin, a pediatric nurse practitioner at Santa Teresa Children’s Clinic in in El Paso, Texas incorporates new treatments similar to this into her practice; however, she agrees that the sample size used in the trial is too small. She stated, “And they only did it for four weeks. So even the authors of this study recognize that there is more study needed.”3

Another major problem with this clinical trial is the short duration (four weeks) of the study. As a result, there is no information available on the potential long-term side effects of the Monarch eTNS System. Despite these major flaws testing for safety and effectiveness, the FDA still gave its stamp of approval for the device.

Parents of children diagnosed with ADHD have expressed concerns about using the electrical stimulation device. Andrea Frank, a mother of two children with ADHD who started a support group of parents with children suffering from ADHD said, “I personally would not go that way. I see a lot of frustrated parents who feel they’re hitting a wall but because it’s an electric based device, there’s just a fear among parents to use this.”2

Medical devices are non-drug products used to diagnose or treat medical conditions and range from bandages to MRI scanners to smartphone apps to stents to artificial hips. The low standard for proof of safety and effectiveness also applies to high-risk devices such as those that are implanted in the body. Surgical meshes, pacemakers, gastric weight loss balloons and duodenoscopes are just a few examples of medical devices that have been found to have serious safety problems post-licensure.4 5

In an article published in Health Affairs by Richard Merrill, the seventh dean of the University of Virginia School of Law, medical devices are subject to lax safety standards because they are regulated under a different law known as The Medical Device Amendments of 1976. Merrill wrote, “Medical devices are regulated under more recent legislation, the Medical Device Amendments of 1976, in which Congress attempted to combine rigorous review of high-risk devices with more modest requirements for most other products and, at the same time, encourage innovation.” In essence, the law was intended to encourage innovation while allowing for a range of review standards based on risk.6

According to a statement made by FDA Commissioner Scott Gottlieb and director of the Center for Devices and Radiological Health Jeff Shuren, “Unfortunately, the FDA cannot always know the full extent of the benefits and risks of a device before it reaches the market. Even reasonably-sized premarket trials cannot be expected to reveal everything that could eventually become known about a novel medical device once it’s more widely distributed and used under real-world conditions, in broader patient populations, and by a broader range of clinicians.”7

In an announcement in 2018, the FDA said that it plans on improving the regulatory system for medical devices that will include a “vigilant post-market surveillance system” for the “quick identification and evaluation of new or increased safety concerns.”7

According to the FDA’s website, “The FDA, an agency within the U.S. Department of Health and Human Services, promotes and protects the public health by, among other things, assuring the safety, effectiveness, and security of human and veterinary drugs, vaccines and other biological products for human use, and medical devices.”1

Given this statement, it is reasonable to ask: Why then do FDA regulatory and approval processes for the safety and effectiveness of drugs, vaccines and medical devices continue to have glaring loopholes that put patients lives at risk?