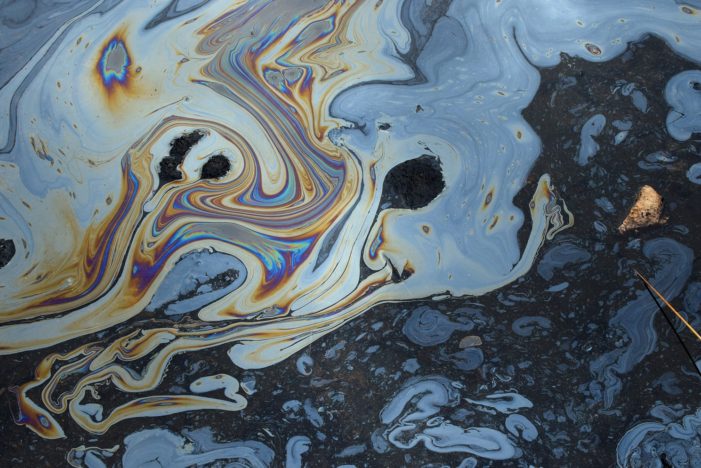 What happens when our government regulatory agencies tasked with protecting the public’s health fails to disclose the risks known by the industry?

In the case of viruses and DNA in vaccines, the U.S. Food and Drug Administration (FDA) has internally noted1 that “small amounts of residual cell substrate DNA unavoidably occur in all viral vaccines as well as other biologics produced using cell substrates. There are several potential ways DNA could be a risk factor. DNA can be oncogenic or infectious; in addition, it can cause insertion mutagenesis through integration into the host genome.”

The FDA continues3: “The use of human tumor-derived cell lines poses added safety concerns regarding the potential presence of unexpected and unknown viruses. These include viruses that may be present in the cell line due to their existence in the patient tissue such as oncogenic, latent DNA viruses (e.g., adenovirus, hepadenoviruses, herpesviruses, papillomaviruses, polyomaviruses) and endogenous retroviruses (ERVs), which exist normally in a quiescent state in the host cell DNA of all species…”

This suggests that these viruses are sleeping and inactive, currently not expressing, and have the full potential to cause infection if they are woken from this sleep. These quiet and sleeping viruses can only be detected in the cells used to make vaccines if they are activated making their presence; and then their detection is quite problematic. This is an issue for all cell strains used to make vaccines and is not unique to human tumorigenic cells.

Genetic engineer Dr. Theresa Deisher, a PhD in Molecular and Cellular Physiology from Stanford University with over 20 years experience in biotechnology, reports that “not only damaged human cells, but also healthy human cells can take up foreign DNA spontaneously. Foreign human DNA taken up by human cells will be transported into nuclei and be integrated into host genome, which will cause phenotype change.”

So here we have proof that the human DNA in the following vaccines has the potential to cause genetic changes in every child who receives them:

According the Advisory Committee on Immunization Practices (ACIP) and depending on the products used, a child has the potential to receive up to six separate injections that contain residual human DNA by the time they are two years old.

The FDA goes on to discuss the safety aspect of residual DNA in vaccines: Dr. Peden, Chief of the Laboratory of DNA Viruses at the FDA, states that “it depends on the mechanism of transformation. For example, mutations, chromosome rearrangements, translocations, retrotranspositions, etc., all involve DNA. Therefore, reducing the size and amount of the DNA should mitigate this risk” (bold emphasis added).

The conclusion that DNA size will reduce the risk of mutagenesis and infection is based on nothing more than a belief. Research shows us4 that in mammals, such as humans, the genetic code is highly repetitive, meaning it is homologous (similar in structure). Small fragments of DNA are used to achieve genetic modification in a therapeutic manner. It is not much of a stretch to assume this same observation occurs in a non-therapeutic manner as well: “Homologous Replacement is used to modify specific gene sequences of chromosomal DNA in a process referred to as ‘Small Fragment Homologous Replacement’, where DNA fragments replace genomic target resulting in specific sequence changes.”

Studies show that it is a matter of an individual’s genetics5 that increases their risk and susceptibility to the infectious nature of DNA and insertion mutagenesis (bold emphasis added):

“Residual DNA (rDNA) is comprised of deoxyribonucleic acid (DNA) fragments and longer length molecules originating from the host organism that may be present in samples from recombinant biological processes. Although similar in basic structural base pair units, rDNA may exist in different sizes and physical forms. Interest in measuring rDNA in recombinant products is based primarily on demonstration of effective purification during manufacturing, but also on some hypothetical concerns that, in rare cases, depending on the host expression system, some DNA sequences may be potentially infectious or oncogenic (e.g., HIV virus and the Ras oncogene, respectively).”

Dr. Peden goes on to say that “in primary cells and diploid cells there are no limits for the amount of DNA in vaccines”. That means these safety measures to limit the amount of residual DNA does not apply to live virus vaccines grown in human diploid cells such as the MMR and varicella.

In addition to the abomination of genetically modifying our children through insertion mutagenesis of male and female human diploid cell strain DNA without disclosure, is the other elephant in the room: the presence of human endogenous retrovirus K (HERV-K) that was found in MMRII and VARIVAX.6 It is important to note it was the WI-38 and MRC-5 cell strains that contain this contaminant and as such, any and all products used with these cell lines will contain HERV-K.

Childhood cancers8 are on the rise and we cannot underestimate the role directly injecting HERV-K has on this observation. Especially when it is directly associated with leukemia9 as can be seen here: “In patients with leukemia, the presence of antibodies against HERV-K has been identified, which could suggest increased expression of HERV-K in leukemic cells.”

And here10: “Antibody response against HERV-K peptides has been reported in leukemia patients, suggesting a possible over-expression of this sequence in leukemic cells.”

Here we see that herpesviruses are shown to reactivate HERV,11 “Herpesviruses may also be a significant trigger of HERV expression in the CNS. Multiple reports have detected EBV, herpes simplex virus type 1 (HSV-1), varicella-zoster virus (VZV), and human herpesvirus type 6 (HHV-6) in MS patient samples; all these herpesviruses have also been demonstrated to trigger the expression of HERVs.”

It should be highly concerning to all that we find HERV-K in the presence of a live herpesvirus, as is the case with VARIVAX (varicella-zoster).

Given the above information, it seems that all vaccines are inherently dangerous and each individual, not a government agency, should be making their own risk-to-benefit analysis for using these products. It also means that we are all participating in an experiment to which we did not consent and from which we are still learning about the unintended consequences of consuming such products. It is not a secret—although rarely discussed by various media outlets and medical professionals we entrust with our children—that the infections we have vaccines for were acute, self-limited, common, childhood infections, as can be seen here in this very well-researched article.12

Dr. James Lyons-Weiler said it best13: “If we as a society enjoy collective benefit from protection from infectious diseases due to vaccines, then we as a society share the collective responsibility to protect those who are the greatest risk of harm from vaccines. Enough with the propaganda that says there is no risk; enough. Genetics and careful attention to reliable risk factors will play a fundamental role in protecting those among us who are most susceptible…”.

Note: This article was reprinted with the author’s permission. It was originally published by IPAK Modern Medicine and Health News. Michelle Cotterman, RN APP is a co-founder of Health Freedom Ohio. She is the mother of two naturally raised children. Her continuing education focuses on Holistic Health and includes Polarity Therapy, Homeopathy, and Herbalism. Michelle has been studying the science behind vaccines and the vaccine industry since 2010.