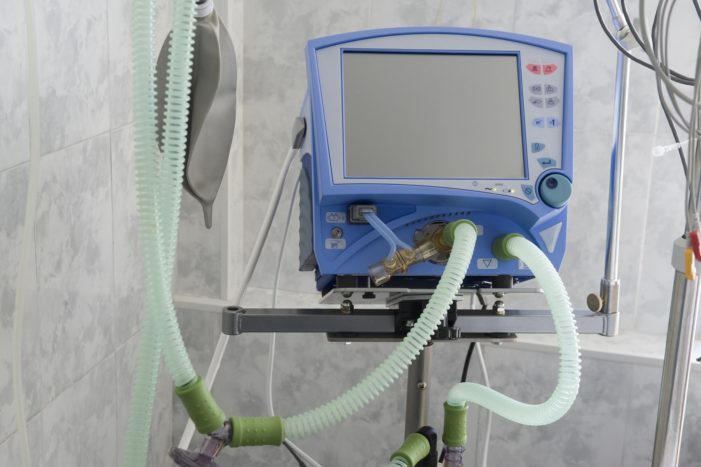 The market for “iron lung” machines is estimated at well over $2 billion annually. Of course, the machines are no longer referred to as iron lungs, because the technology has advanced and they’re now called “ventilators.” Several studies have been published during the past year estimating the annual value of the market for ventilators and projecting its growth through the middle of the next decade.1

In 2018, a study by Allied Market Research (AMR) of Portland, Oregon pegged the global market for mechanical ventilators $2.242 billion in 2017 and forecast that it would reach $3.819 billion by 2025, for a compound annual growth rate (CAGR) of 6.8 percent from 2018 to 2025. The report described a mechanical ventilator as a “machine that supports patients with chronic respiratory disease or insufficient breathing while inhaling and exhaling air into and out of the lungs.” It attributed the growth in the market to the “[r]apid rise in geriatric population who are more prone to respiratory disorders and high prevalence of chronic respiratory diseases…”2

The first iron lungs, by contrast, were designed and developed by Philip Drinker and Louis Agassiz Shaw of Harvard University in the 1920s, and later by American inventor John Haven Emerson and his company, the J.H. Emerson Company of Cambridge, Massachusetts, in the early 1930s. Australian inventor Edward Thomas Both also designed and developed iron lungs during the 1930s and, later, in partnership with British automobile manufacturer and philanthropist William Richard Morris, mass produced them.1 3 4 5 6 7 8 9

Both the industry and the technology have come a long way since then.

Another study by Transparency Market Research (TMR) of Albany, New York valued the mechanical ventilator market at $1.621 billion in 2017 and projected that it would reach $2.937 billion by 2026, for a CAGR of 6.9 percent. That report also acknowledged the “technological innovations” that have “revolutionized” the market in the “last few decades.” It added, “Development in the technology and design of ventilators has expanded the use of mechanical ventilators not only in hospitals, but also in transport and home care settings.”10

The TMR report cited the increasing portability and non-invasive nature of the new ventilators has having “revolutionized” the mechanical ventilators market. A far leap from the heavy tank designs of the old iron lungs that could weigh 800 pounds or more and measure seven feet in length.10 11

A more recent study of the mechanical ventilator market was published in March 2019 by Grand View Research of San Francisco, California. That report is far more liberal in its estimate of the market than the AMR and TMR reports. It values the mechanical ventilator market at $4.3 billion in 2018 and forecasts a CAGR of 6.6 percent over the next seven years, for a market value of $7.13 billion by 2026.12

According to Grand View, “Critical care ventilators led the market in 2018 due to their extensive usage in hospitals. Hospitals are encouraging the usage of portable ventilators to provide convenient and faster care. Thus, rising number of hospitals is also expected to fuel the segment growth.”12

It is difficult to estimate the number of iron lungs produced during the first half of the 20th century, but it was likely in the thousands, not tens of thousands. In 1939, for example, there were only a total of about 1,000 iron lungs in use in the United States and another 1,000 iron lungs in the United Kingdom, and that probably represented the vast portion of the iron lung machines in the world at the time. Tens of thousands of people used iron lungs to help them breathe. Some of them were diagnosed with polio and others had trouble breathing due to other health problems.13 14

According to The American Association for the Surgery of Trauma:

Mechanical ventilation is one of the most common interventions implemented in the intensive care unit. More than half of the patients in the ICU are ventilated the first 24 hours after ICU admission; comprised of individuals who have acute respiratory failure, compromised lung function, difficulty in breathing, or failure to protect their airway.16

The number of mechanical ventilators being produced has never been greater than it is today. Based on market studies, these numbers will continue to rise consistent with the growing demand for the use of these breathing machines.

5 Responses to "Market for Breathing Machines Alive and Well"