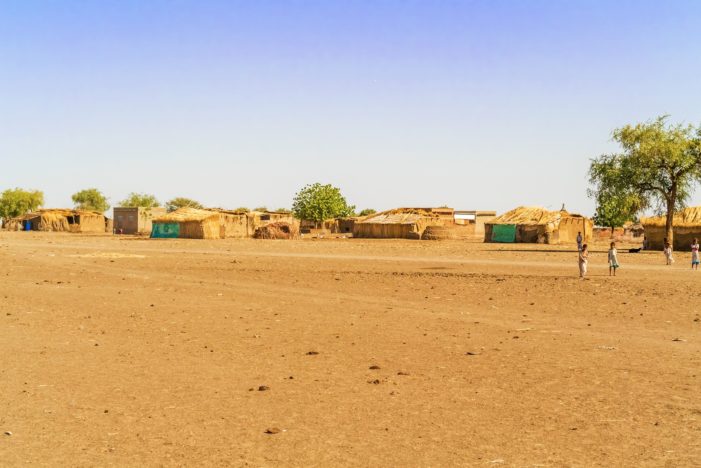 Since January 2019, there have been 750 cases of measles reported in South Sudan—a country embroiled in a civil war during the past five years. The recent outbreak of measles has led many health officials and parents in South Sudan to question the viability of the measles vaccine. John Garang Ajak, the uncle of two boys in South Sudan who died from measles, noted, “Those kids were vaccinated but they died. It makes me wonder if the vaccine is working.” He said that two other vaccinated children in his family also contracted measles.1

There has been some concern about whether measles vaccines South Sudan have been stored properly. In order for the measles vaccine to be effective, it must be kept at between 2 degrees Celsius (35 degrees Fahrenheit) and 8 degrees Celsius (46 degrees Fahrenheit). Kuajok Hospital, which is main medical facility in the state of Gogrial, administers measles vaccines throughout the year but some staff members have said that the hospital’s two generators often shut down for hours.1

UNICEF, which provides the majority of vaccines in South Sudan, in addition to freezers and generators, has stated that the power system at Kuajok Hospital is designed to be self-sufficient for 16 hours in case of a power failure. The agency conducts regular maintenance on the generators and freezers.1

Penelope Campbell, Chief of Health for UNICEF in South Sudan said that they have not “received any messages about generators in Kuajok not running properly.”1

The Interaction Between Nutrition, Immunity and Infectious Disease

Because of the ongoing civil war in South Sudan, food scarcity and poor sanitation have been major health issues for the South Sudanese people. South Sudan ranks as one of the worst countries in the world in terms of malnutrition.2 As a result, severe acute malnourishment (SAM) is widespread, especially among children. SAM is defined by very low weight for height.3

According to a news article published by Voice of America on the measles outbreak in South Sudan, “malnourished children and those with weak immune systems can develop severe complications that can lead to death and malnourishment can reduce how well the vaccine protects them.”1

Regardless of vaccination status, the scientific literature has shown that malnourishment increases a person’s susceptibility to infectious diseases. Malnutrition and measles have long been known to interact and create a vicious cycle that leads to increased morbidity and mortality, especially among children.4 According to findings from a study published in the British Medical Journal in 1977:

Malnutrition commonly accompanies severe measles’ and it is often difficult to unravel the relation between the two. We found that the 30 children whom we studied who were malnourished after measles were stunted as well as being underweight, which indicated that they had been malnourished before they contracted measles. The likely sequence of events in these patients was as follows: malnutrition impaired their cellular and humoral immunity, which resulted in a severe attack of measles with persisting virus in some cases; this severe measles infection made their malnutrition worse and further impaired their immune system, rendering them more susceptible to secondary infection, which was the main cause of death.5

The Growing Epidemic of Malnutrition in the U.S.

Deaths from infectious diseases due to SAM and poor sanitation are much more common in developing countries than they are in the United States. SAM is currently not prevalent in the U.S. However, there is a new kind of malnutrition epidemic in the U.S. that is different from what is experienced in countries like South Sudan.6

While food scarcity is not a problem in the U.S., there are many American children who are malnourished due to consumption of foods that are calorie dense but nutritionally poor. This leads to micronutrient deficiency that is robbing millions of children and adults from reaching their full physical and cognitive potential.6

Newborn children up to two years of age are the most vulnerable to nutrient deficiency because that is the time when the body’s immune system is developing. Without proper nutrition during those years, which is best maintained by breastfeeding, children become susceptible and are unable to respond well to infectious diseases.6

According to an article in The Guardian, more than half of American children do not receive enough of vitamin D and vitamin E in their diets, while more than a quarter do not get enough calcium, magnesium or vitamin A. This results in a compromised immune system, which influences susceptibility to infectious diseases such as measles.6

2 Responses to "Effectiveness of Measles Vaccine Questioned in South Sudan"