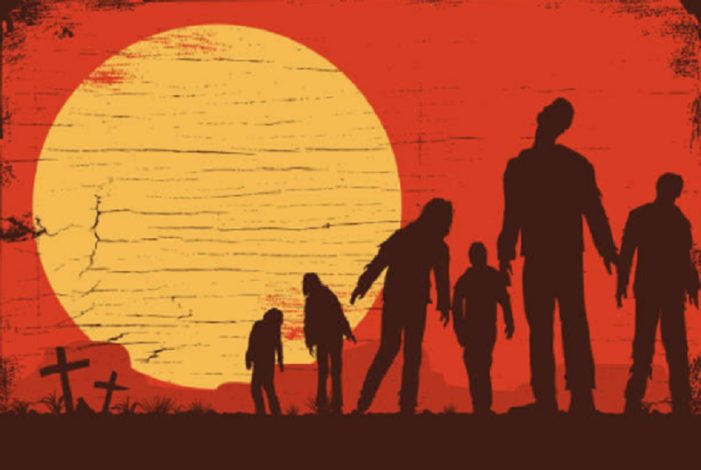 My, how time has changed society’s perception of measles. When you read today’s headlines about the number of reported cases of measles in New York, Oregon, Washington and other states in the United States, you would think we’re talking about Ebola. It seems like every newspaper, magazine and television news program is reporting on measles as if it were a Zombie virus.

After the Rockland County, New York executive Ed Day declared a state of emergency on Mar. 26 banning unvaccinated children under age 18 from public places, on Apr. 9, 2019, New York City’s Mayor Bill de Blasio declared a state of emergency covering four areas of the Williamsburg neighborhood of Brooklyn after a local outbreak of more than 285 cases of measles since last October. Mayor de Blasio said, “Measles is a dangerous, potentially deadly disease… ” He added, “We have a situation now where children are in danger. We have to take this seriously.”1 2 3

But just how much of this is hype, unnecessary fear-mongering? Yes, in impoverished, underdeveloped countries around the world, measles is considered a deadly disease, especially in populations with substandard nutrition and vitamin A deficiency and limited access to health care. Vitamin A deficiency has long been recognized as a major contributor to measles mortality.4 In 2009, the World Health Organization (WHO) stated, “Vitamin A deficiency contributes to delayed recovery and to the high rate of measles complications.”5

The situation is different in the U.S. where most of our population has good access to health care and nutritional food and there are relatively high vitamin A levels. There has been only one reported measles-associated death in the past decade in the U.S.6 By the time the measles vaccine was licensed in the U.S. in 1963, measles was no longer associated with high death rates like it was at the turn of the 20th century when the standard of living was much lower.7

In 2015, pediatrician Bob Sears, MD made this observation about measles:

Deadly? Not in the U.S., or any other developed country with a well-nourished population. The risk of fatality here isn’t zero, but it’s as close to zero as you can get without actually being zero. Out of all the cases severe enough to seek medical care, the fatality rate is about 1 in 1,000 cases. Since about 90% of cases are mild and don’t seek medical care, the true fatality rate of all cases in the U.S. is about 1 in 10,000.8

But will it spread through the U.S. and kill people left and right? No. Does measles do that in underdeveloped countries? Sadly, yes. It kills countless people worldwide every year. So, that’s how health officials can accurately say it’s so deadly. They don’t have to tell you the whole truth, just the part of the truth that they want you to believe.8

However, Dr. Sears has also cautioned that measles, like any infection, can cause serious complications in some children and adults. He said, “Measles can also be serious for young infants, just as many diseases can. It can also be serious for immunocompromised people, just as all illnesses. It can also cause pregnancy complications, just like many infections can. Measles isn’t unique in these risks. But they are risks nonetheless.”8

By any reasonable standard, it can be said that the hype pumping up fear of measles in the U.S. has become excessive this year. Certainly, the infection should be respected and taken seriously, just like any infection that can have complications for some people. Adopting a rational approach, Dr. Sears advised, “Take appropriate precautions with it. But don’t let anyone tell you should live in fear of it. Let’s handle it calmly and without fear or blame.”8

That feels infinitely more reasonable than the kind of language being used by Mayor de Blasio and the extreme measures he is calling for that threaten and coerce people by threatening punishment if they don’t vaccinate. Fines of $1,000 for those who do not comply with his state of emergency decree? Sending health officials into schools to demand student medical and attendance records?9

Does de Blasio contemplate ultimately jailing people who do not comply or having police officers with medical personnel knock on doors of people’s homes and vaccinate them against their will?

This is getting a little too surreal. It’s starting to feel like we’re living in Cuba or Venezuela, rather than the United States of America, land of the free and home of the brave. And for what, measles?

One of my favorite television shows from the 1970s was The Brady Bunch. I remember the classic episode when all the Brady kids came down with measles. Here’s an excerpt from the episode “Is There a Doctor in the House?” which first aired on Dec. 26, 1969…10

Carol (Mrs. Brady): Peter, what are you doing home from school?

Peter: They sent me home… measles.

Alice (the maid): It’s either measles or a strange case of red freckles.

Carol: You have got a temperature.

Carol: Well, he’s certainly got all the symptoms. A slight temperature, a lot of dots, and a great big smile.

Carol: No school for a few days.

Mike: Say hello to my dotted son. Tell him I’ll bring him some comic books and I’ll see you later.

Greg: Boy, this is the life isn’t it?

Marcia: Yeah, if you have to get sick, sure can’t beat the measles.

How do you square that script with today’s rhetoric? What has happened in the U.S. during the past 50 years to transform measles from a light-hearted, comedic storyline of a popular family sitcom into something that feels more like a scene from the horror movie “Night of the Living Dead”? Is our collective memory really that short?