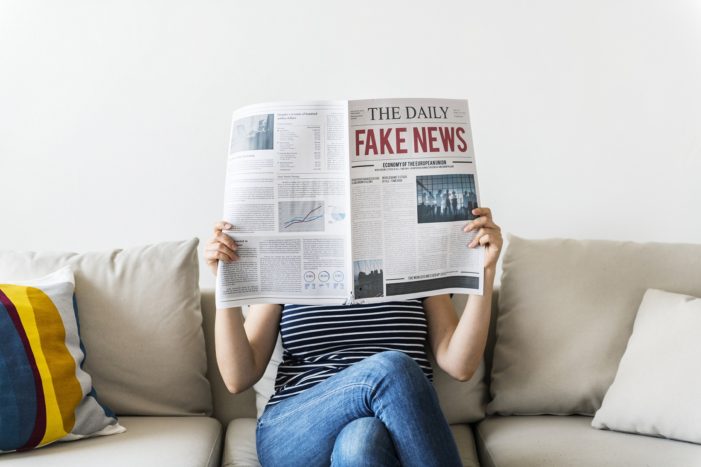 There are many different types of articles being published online today that could qualify as “fake news.” One kind that is not well known is something called “native advertising.” Revenue-hungry mainstream media is getting very clever about using native advertising to attack anyone who dares to criticize vaccine safety or national vaccine policy.

Whenever you come across articles in the corporate mainstream media about vaccines, they are usually very predictable. There is a general formula that columnists and reporters tend to follow when it comes to the subject of vaccination. For example, there will almost always be some derogatory mention of “anti-vaxxers” or the concept of “vaccine hesitancy.” Jenny McCarthy and other Hollywood celebrities are often cited as representative of this “movement.”

There will usually be a passing reference to the “debunked” Lancet study claiming a link between vaccines and autism, and that will immediately be followed by an absolute assurance that there is no such link. There will often be a superficial explanation of the theory of “herd immunity” and how individuals must comply with all government recommendations and mandates to vaccinate for the “good of the community.” The “science [on vaccines] is settled” is a common refrain. Vaccines are “safe and effective” is another often repeated phrase, which is sometimes qualified with, “It’s true, they can cause harm, but only rarely—”one in a million.”

The latest theme that has become a recurring feature in mainstream media articles is that “misinformation and conspiracy theories” are being spread about vaccines on social media and that this information should be censored by online platforms such as Amazon, Facebook, Pinterest and YouTube.

Normally, such headlines are dead giveaways about the content and the bias of the reporter or columnist, so I usually just make a mental note of them and go on. But last week I came across an article published by CNN titled “‘Definitely not an anti-vaxer’: Some parents push back against recommended vaccine schedule.”11 That headline was less predictable and more intriguing, and so it drew me in. But, as I began to read, it quickly felt like I was being set up for a sell job—not unlike one might experience on a used car lot.

The article starts out by telling the story of how Robert and Elyse Imamura of Torrance, California decided to “spread out” the vaccinations they would give their infant son so he wouldn’t get so many of them at once. The Centers for Disease Control and Prevention (CDC) says that a child can receive eight vaccines or more at once.12

According to the CDC, “Often, more than one shot will be given during the same doctor’s visit, usually in separate limbs (e.g. one in each arm). For example, a baby might get DTaP (diphtheria, tetanus and acellular pertussis) in one arm or leg and IPV (inactivated polio vaccine) in another arm or leg during the same visit.” The agency recommends that a child get vaccinated against 14 infectious diseases before the age of two years, including multiple doses of measles, mumps, rubella, chickenpox, hepatitis A, hepatitis B, diphtheria, tetanus, pertussis, Haemophilus influenza type B (Hib), polio, influenza, rotavirus and pneumococcal disease.13

The CDC assures that it is safe to give children multiple vaccines at one time.13 However, some parents prefer to delay or space out shots either to minimize the physical pain to their child or because they are concerned about the possible harmful effects of giving so many vaccines so close together. That is what I initially thought would be the focus of the article—an exploration of the reasons parents opt for this alternative and a review of the results. And so it seemed through the second paragraph of the piece, as Mrs. Imamura was quoted as saying, “I was thinking, ‘OK, we’re going to do this. But we’re going to do it slower so your body gets acclimated and doesn’t face six different things all of a sudden.'”11

In the third paragraph, the author of the article wrote:

It’s at that point that the author, Bernard Wolfson, abruptly switched gears and went into sell mode. He had already hooked me and gotten my attention. “But delaying vaccines is risky,” wrote Wolfson. “Many pediatricians will tell you a more gradual approach to vaccinations is better than no vaccinations at all, but they offer some hard advice to parents who are considering it.” According to Wolfson, the Imamuras, “limited the number of vaccines for their son to no more than two per appointment, compared with up to six in the official schedule. And they skipped the shot for chickenpox.”11

There, in one fell swoop, Wolfson completely dismissed the reasonableness and the right of parents to choose to give vaccines to their children at a pace with which they feel more comfortable. Then Wolfson proceeded to insert a subtle message cautioning against civic irresponsibility tinged with a bit of fear mongering. He wrote, “Recent outbreaks of measles, mumps and whooping cough have again reignited a war of words over vaccinations.”11

She concedes, however: “If there’d been outbreaks like now, it would have affected my thinking about delaying vaccines.”11

Wolfson acknowledged, “Sears’ book became the vaccination bible for thousands of parents, who visited their pediatricians with it in tow.” (Here it comes, watch for it… ) “But it is worth noting that Sears was punished by the Medical Board of California last year after it accused him of improperly exempting a 2-year-old from all future vaccinations.”

Of course, what Wolfson failed to mention is that Dr. Sears never lost his medical license, never admitted wrongdoing, and that the case brought by the Medical Board of California never went to trial, never even had a hearing. In then end, it turned out that the case was about little more than a record-keeping issue.15

I suppose this disingenuous attempt to discredit Dr. Sears was included because diminishing Sears was critical to the author’s storyline. Wolfson wrote:

The ideas promoted by Sears and others have contributed to parents’ worries that front-loading shots could overwhelm their babies’ immune systems or expose them to toxic levels of chemicals such as mercury, aluminum and formaldehyde. But scientific evidence does not support that. Infectious disease doctors and public health officials say everyday life presents far greater challenges to children’s immune systems.11

That’s the way the strategy works. First, you discredit someone who disagrees with all or part of vaccine orthodoxy and then you’re able to dismiss them as not being credible and worthy of being listened to at all. This happens to parents of children who have been harmed by vaccines all the time. It also happens to top notch doctors and scientists. The media plays a big role in this process.

Predictably, Wolfson mentioned Jenny McCarthy. He mentioned those apparently misguided anti-vaxxers who are not “backed by science.” He touched on the side effects of vaccines… “Still, side effects do occur. Most are mild, but severe cases—though rare—are not unheard of.”

By the time I’d reached the end of the article, I felt like I had just dealt with a really slick, veteran sales person intent on putting me behind the wheel of an old Dodge. It was a much more sophisticated sales pitch than I normally encounter in typical articles about vaccination in most newspapers and magazines. Then I saw it. At the very bottom of the article (almost separate from it), it said: “Paid Content”

Paid content is also known as native advertising, which is a relatively new phenomenon that has taken the mainstream media by storm because it represents a lot of money for many struggling newspapers and magazines that have lost traditional advertisers for their print editions as a result of the rise of the Internet, where people can find a lot of good information for free.

According to Ken Auletta, a contributor to The New Yorker, “Native advertising is basically saying to corporations that want to advertise, we will camouflage your ads to make them look like news stories. That’s essentially it.”16

Talk about fake news. Now, this is the sort of stuff that needs to be censored, not honestly researched and referenced news articles and commentary.