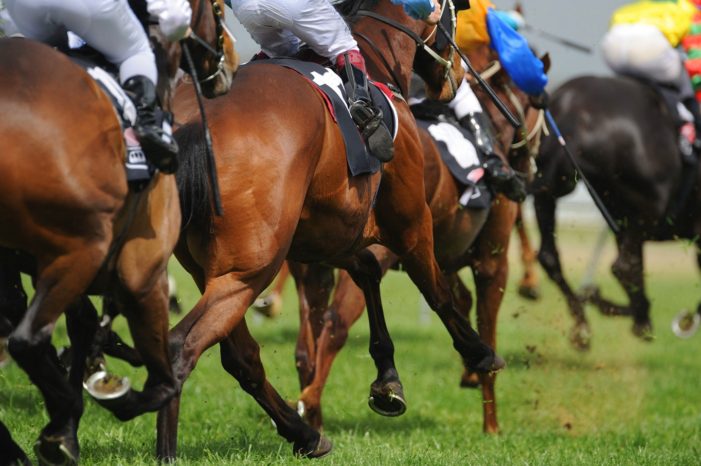 When three fully vaccinated racehorses from one stable yard in Cheshire, England tested positive for equine flu, it caused more than a minor illness for the horses in question: It also shut down Britain’s high-stakes racing world for almost a week.1 Ordered by the British Horseracing Authority (BHA), the weeklong shutdown is expected to “cost the industry tens of millions of pounds.”

Equine flu is a highly contagious disease that affects horses, donkeys and mules. Caused by strains of the influenza A virus, the equine influenza infects the upper and lower respiratory system, causing symptoms such as high fever, a dry cough and nasal discharge—much like the flu in humans, though equine flu is not known to affect people. Although the disease is rarely fatal in generally healthy animals, it may rarely lead to complications in those that are very young or ailing, and some animals take weeks to months to fully recover.

In addition, according to the BHA, “the disease has an almost 100 percent infection rate in an unvaccinated horse population,” it can spread rapidly through populations of animals in close proximity to each other, such as in the racing circuit.

In an attempt to ward off the potential impact of an epidemic on the horseracing industry, a mandatory equine flu vaccination program is strictly regulated and enforced both in the thoroughbred racing circuit and for other exhibition animals.2

Racehorses are required to be vaccinated against equine flu on the following schedule3:

When Donald McCain sent a horse to race on Feb. 6, 2019, more than 100 horses in his care were healthy, to the best of his knowledge. When three of his vaccinated horses tested positive for equine flu that evening, he notified the BHA, which moved rapidly to contain the outbreak. Ultimately, all races were cancelled to accommodate the three-day incubation period and testing of all horses in stables that had any runners at meetings where any of McCain’s horses had been.

The horses infected with equine flu in this current outbreak were fully vaccinated in compliance with vaccination mandates, leading to concerns that a new strain might have emerged that could very quickly spread through the racing circuit.

Amid such fears, thousands of horses from more than 100 stables with any potential for exposure to one of the McCain horses were swabbed and tested for the presence of influenza virus. In the end, three more horses from McCain’s stable and four from another site tested positive for the equine influenza virus.4

In response, the BHA strengthened vaccine mandates. As a condition of re-opening the racing circuit, any horse entered for a race now must have been vaccinated within six months of the event. Horses still may not race for seven days after vaccination.

The new ruling leaves some trainers scrambling to renew boosters. It has also resulted in some horses being disallowed from racing until they have been re-vaccinated and passed the mandatory seven-day wait period.

In a statement, BHA said, “The sport is taking a measured risk by returning to racing this quickly, and for that risk to be deemed manageable then it was necessary that protective measures should be put in place.”5

In Ireland, the Irish Horseracing Regulatory Board (IHRB) has responded to the British outbreak (which directly affected some Irish horses that had raced in Britain during the outbreak) by similarly strengthening their own mandates for vaccinating racehorses against equine flu. No British horses will be allowed to race in Ireland “until further notice.”6

According to the American Association of Equine Practitioners (AAEP), there are several strains of equine influenza and vaccinating against one may not provide protections against others.7

The AAEP warns further that, “Immunity to the same (homologous) strain of virus following natural infection persists for approximately one year.

Immunity following vaccination with inactivated influenza vaccines can be short-lived, allowing recently vaccinated horses to become infected and shed virus, thereby contributing to maintenance and spread of infection within the equine population.” For these reasons, it cautions that the equine flu vaccine should include any relevant isolates, especially for horses traveling overseas.

The vaccinations are not mandated in the states but may be required by individual racing or show facilities.