Combination Vaccines and Febrile Seizures: Should Parents be Concerned?

by Sheri A. Marino | Guest Writer 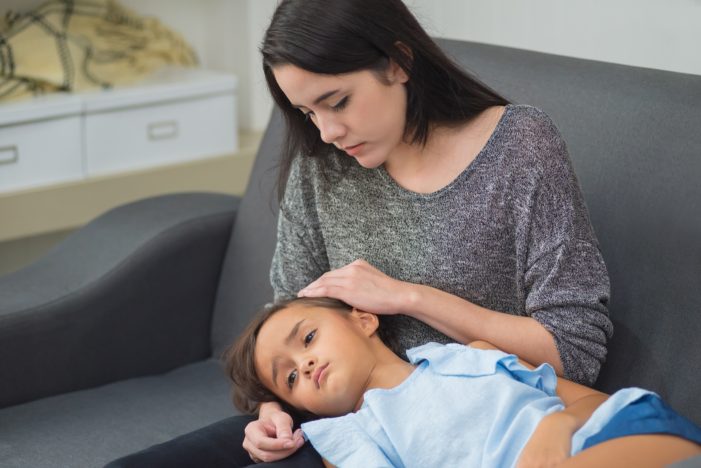 The childhood immunization schedule recommended by The Center for Disease Control and Prevention (CDC), calls for 50 doses of 14 vaccines by a child’s 6th birthday.1 These vaccines are delivered in a series of shots, some of which are multiple vaccines combined into one injection.

In the U.S., there is an ongoing trend to increase the number of recommended vaccines on the CDC childhood immunization schedule as well as to increase manufacturing of combination vaccines.

In fact, the FDA just approved a new hexavalent (6:1) combination vaccine manufactured in partnership between Sanofi Pasteur and Merck for children between 6 weeks and 4 years of age. This combination vaccine includes diptheria, pertussis, tetanus, hepatitis B, poliomyelitis and invasive haemophilus influenza type B. but will still require an additional DTaP vaccine to complete the series.

While the CDC suggests that combination vaccines are safe, research shows there are more adverse events, such as febrile seizures, with combination vaccines than there are for single vaccines. Studies have demonstrated that the MMR, vaccine which combines the Measles-Mumps-Rubella vaccines, increases the risk of febrile seizures and encephalopathy.

The adverse events associated with the DTP eventually lead to the more recent manufacturing of the “safer” DTaP, which contains acellular pertussis as opposed to whole-cell pertussis. However, the MMR has not been modified to improve its safety. In fact, it has been combined further with additional antigens which have increased the risk of febrile seizures, two-fold.

According to the CDC,2 pre-licensing data obtained from the Vaccine Safety Datalink, reveals the MMRV vaccine, developed by Merck to combine the Measles-Mumps-Rubella vaccine with Varicella, shows recipients were twice as likely to have febrile seizures than those injected with the MMR and Varicella vaccines separately.

Another study3 conducted in Denmark published in the Journal of American Medical Associationdemonstrated that the 5 valent DTaP-IPV-HIB vaccine (A combined shot of diptheria-tetanus-pertussis-inactivated polio and haemophilus influenzae B) has been linked with increased febrile seizures.

Although the study authors claim the risk is small, in some cases the incidence of seizures increased as much as 6-fold the children receiving one 5-valent vaccine.

The Problem with Febrile Seizures

Febrile seizures can occur when a child between the ages of 6 months to 5 years develops a temperature, usually over 100.4, and is typically triggered within the first 24 hours of a cold or virus. Medical experts will tell you that most febrile seizures are benign. However, this statement is a matter of semantics.

Complex febrile seizures are focal, occurring on one side of the body indicating the seizure is localized to one part of the brain. They are prolonged, lasting more than 10 minutes and can occur more than once during a febrile illness.

According to the National Institutes of Health,4 children who have prolonged febrile seizures lasting more than 30 minutes have as high as a 30-40 percent  risk of developing epilepsy.

Epilepsy is associated with neuropsychiatric disorders including ADHD and autism. In fact, a recent prospective study5 confirms that both childhood epilepsy and febrile seizures are strongly associated with subsequent ADHD. The authors report “children with febrile seizures had a 30 percent increased risk of ADHD. Our sensitivity analyses showed that the association was not explained by cerebral traumas, congenital malformations, or by birth complications.”

Children who have febrile seizures are also at risk of injury4 by falling or choking on food or saliva. They are frightening to watch and cause traumatic experiences for families.  In fact, most parents who have observed their child having a febrile seizure thought they were going to die.

The message here; febrile seizures are not benign.

A disorder referred to as “vaccine encephalopathy,”6 where an infant experiences sudden onset of seizures and encephalopathy following a vaccine, resulted in significant lawsuits with large monetary payouts in compensation for the damage.

According to the authors of Trends in encephalitis-associated deaths in the United States,7 “Vaccine-preventable diseases and immunizations with certain vaccines were once among major causes of encephalitis.” The discontinuation of vaccines associated with neurological complications, including the smallpox vaccine and older rabies vaccines, had led to a decrease in encephalitis cases prior to the study period.

The authors further explain that the expansion of the infant immunization schedule in the 1990’s reduced vaccine preventable causes of encephalitis mortality to the minimum levels observed in their study. However, of particular interest, is that most encephalitis-associated deaths were attributed to an unknown cause.

Another study8 conducted in 2017 looked at a 30-year trend in encephalitis in children and shows an increase of encephalitis between 1995 and 2011 with unclear causes. The researchers suggest this warrants further investigation.

While the CDC has admitted that immunizations with certain vaccines were once a major cause of encephalitis, they continue to recommend combination vaccines even when the research points to a marked increase of febrile seizures without an understanding as to mechanism causing the seizures.

Knowing the MMRV has a two-fold increase in the rate of febrile seizures after the first dose of the vaccine as compared to the MMR vaccine and Varicella vaccine given separately, it remains on the CDC’s list of recommended vaccines.

What Are the Options?

The greatest risk of febrile seizures, according to the CDC, is between 14-18 months regardless of vaccination—why then would the CDC recommend vaccinating with combination vaccines which further increase the risk of seizures in that age range?

With vaccine hesitancy on the rise, it is no wonder that parents are keen to look beyond the CDC for help guiding their decision making when it comes to vaccinating their children.

Note: This article was reprinted with the author’s permission. It was originally published by Focus for Health. Sheri A. Marino MA, CCC-SLP is a pediatric speech and language pathologist and Director of Pediatric Health Initiatives for the Focus for Health Foundation.

10 Responses to "Combination Vaccines and Febrile Seizures: Should Parents be Concerned?"