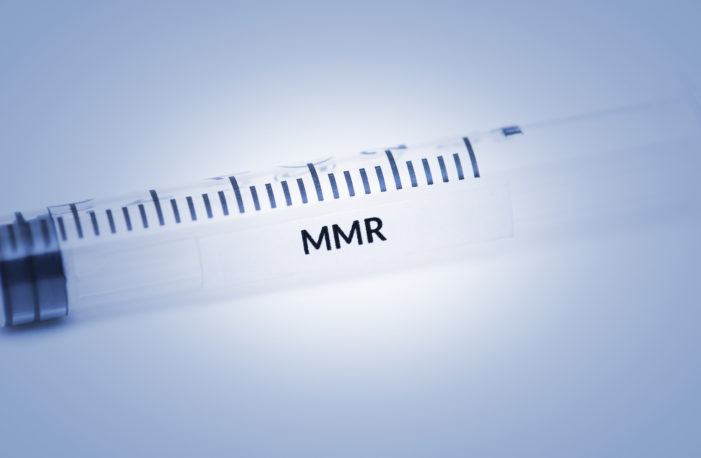 BACK TO THE FUTURE: Following is an article from TVR’s historical archives published in the November/December 1995 print edition.

Swiss scientists have reported finding an enzyme, reverse transcriptase, in the live measles and mumps vaccine, which has been traced back to chickens whose cells are used to create the vaccines.1 Reverse transcriptase (RT), which copies RNA into DNA, has also been detected in yellow fever and some influenza vaccines prepared in chicken embryo cells.

RT activity is associated with the presence of retroviruses, a class of viruses that can permanently alter the genes of the cells they infect. AIDS is a retrovirus. Scientists at Merck & Co., the US manufacturer of MMR vaccine, are reportedly trying to find out where the RT came from. One possibility is that the RT activity in MMR vaccine signals the presence of an avian leucosis virus (AVL), a retrovirus that infects some birds and can cause a leukemia-like illness.

Another possibility is that the chickens used to make the vaccine carry RT coding genes derived from retroviruses that infected the species tens of thousands of years ago.

The RT activity in MMR vaccine was detected by Swiss scientists using advanced testing technology called product-enhanced reverse transcriptase (PERT). The Centers for Disease Control and Prevention (CDC) responded to the report in the Dec. 9, 1995 Washington Post2 about the Swiss discovery by stating that, “The World Health Organization has reviewed these findings and has concluded that these vaccines should continue to be used to prevent the diseases against which they are directed.”

The CDC maintained that, “The likeliest explanation for finding reverse transcriptase activity is that, in the distant past, an avian retrovirus integrated itself into the ancestors of the chickens that laid the eggs that were used to produce the chick embryo fibroblasts used for vaccine production… However, studies to date have not detected any evidence of a virus which can be transmitted to and replicate in humans.”

Do Chicken Viruses Belong in Humans? Independent researchers have started to express concern that using animal tissues for production of human vaccines, especially live vaccines such as MMR and polio, could be facilitating the inter-species transfer of viral infection from animals into man causing as yet undetected and unevaluated negative health effects on humans. Of particular concern is the fact that transfer of the whole animal virus into man does not have to take place in order for latent viral infection and genetic change to occur. If portions (genes) of animal viruses are introduced into humans, they have the potential to interact differently with each individual’s immune system and DNA and cause disease

Learn more about this topic: