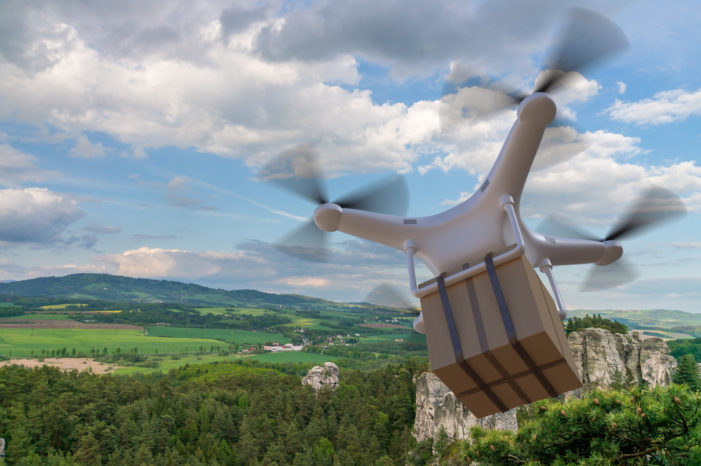 In the world’s first commercial trial delivery of vaccines using unmanned aerial vehicles (UAVs), drones manufactured by Swoop Aero Ltd. of Melbourne, Australia and Wingcopter Holding GmbH & Co. of Darmstadt, Germany will deliver vaccines to children in the remote islands of Vanuatu, located in the South Pacific Ocean. If the trials are successful, they may be replicated in other countries.1

The Vanuatu government awarded two contracts to Swoop Aero and Wingcopter Holding to carry out the trials, which would follow similar drone delivery trials for medical supplies such as blood bags in Tanzania and Rwanda.2 3 The companies beat out competing bids from 18 other drone makers.4

The initial series of trial drone flights are scheduled to begin in December 2018 from an airstrip located on Vanuatu’s main island of Efate. Flights actually carrying vaccines would start in January 2019.4

According to CEO and founder of Swoop Aero Eric Peck, “What it looks like as a service is that a health care worker will pack a series of vaccines in a WHO (World Health Organization)-approved vaccine carrier—they hand it over to us, we can drop it into the aircraft, load a pre-planned flight route, and hit go.”4

Peck explains, “When it’s in flight it’s completely autonomous … once it’s on the ground, a health care worker or a nurse or doctor at the other end working in the villages can walk up to it, open a hatch on the top, pull out the vaccine carrier, close the lid, press a button on the side of the aircraft, it counts down from 15, takes off vertically, and flies back home..”4

The program is supported by the United Nations children’s charity known as The United Nation’s International Children’s Emergency Fund (UNICEF). The chief of UNICEF’s field office Andrew Parker said that vaccines were specifically chosen to be delivered by drones in the trial because of its delicate nature and the difficulty to transport due to specific storage and temperature requirements.4

Parker mentioned that while the vaccination rate has increased from 75 percent to 85 percent over the last five years, drone delivery has the potential to further increase the rate to 95 percent. He states, “To go from 85% to 95% using the existing options is just not feasible. You would throw a huge amount of money at that extra 10%. That’s where drones come in.”4