About Those 80,000 Deaths from Influenza… 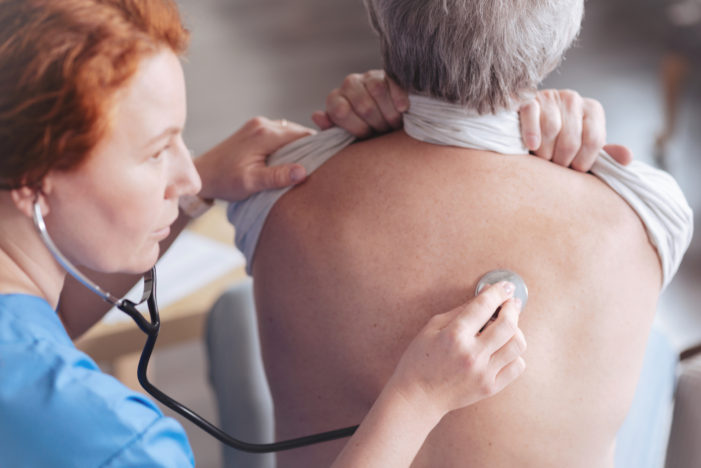 Normally, the Centers for Disease Control and Prevention (CDC) estimates that between 12,000 and 56,000 people die of influenza each year in the United States. At least, that’s the range the agency has given for the “flu seasons” since 2010.1

At a press conference held at the National Press Club in Washington, DC on September 27, 2018, U.S. Surgeon General Jerome Adams, MD noted that 80,000 people in the U.S. died of influenza during the 2017-2018 season. “You all saw the story in the AP last night… 80,000 people dying from the flu or flu-related complications last year,” said Dr. Adams.2 3

Adams was referring to a report by the Associated Press regarding an interview it conducted with director of the CDC Robert Redfield, MD on September 25, 2018.4 In that interview, Dr. Redfield said, “I’d like to see more people get vaccinated. We lost 80,000 people last year to the flu.”4

According to the CDC, “These new estimates are record-breaking, and emphasize the seriousness and severity of flu illness and serve as a strong reminder of the importance of flu vaccination.”2

The headline in The New York Times article read, “Over 80,000 Americans Died of Flu Last Winter, Highest Toll in Years.” The subheading read, “Among the dead were 180 babies, children and teenagers, more than in any year since the CDC began tracking pediatric deaths.”12

Sensationalistic reporting. This would be understandable were the 80,000 figure accurate, but 80,000 people did not die of influenza in 2017-2018. That is an inflated figure which the CDC attained by combining the number of deaths caused by pneumonia, other respiratory illnesses and sepsis, along with those caused by lab confirmed type A or B influenza.13

Joseph Mercola, DO points out…

While [the 80,000 figure] sounds ominous, it’s worth remembering that what they’re counting as “flu deaths” are not just deaths directly caused by the influenza virus, but also secondary infections such as pneumonia and other respiratory diseases, as well as sepsis.14

Obviously, not all pneumonia deaths or deaths from other respiratory diseases and sepsis are caused by influenza. There’s your first clue about the inaccuracy of the 80,000 figure. The second clue has to do with the fact that deaths from influenza in persons over age 18 in the U.S. are not nationally “reportable” or “notifiable.”15 16

The simple truth of the matter is that, while pediatric deaths associated with lab confirmed influenza are reportable, no one really knows how many adults in the U.S. die of influenza each year. The CDC certainly doesn’t know, and it is upfront about that fact on its website. It says, “CDC does not know exactly how many people die from seasonal flu each year.”16

What the CDC does is provide estimates of influenza deaths, and those estimates merit a degree of wariness on the part of the American public, given that they are not even specific to influenza but also include other stuff like the more than 50,000 deaths from pneumonia each year in the U.S.17

Worse, is the impression given when leading public health authorities like Dr. Adams and Dr. Redfield talk about influenza deaths and the urgency that you and everyone you know must get an annual flu shot. They talk as if the numbers they convey are factual, rather than extremely rough—and some might say manipulated—estimates. That just seems irresponsible. They know that the media will pick up on it and proceed to report the numbers as scientific evidence that should not be questioned by you or anyone else.