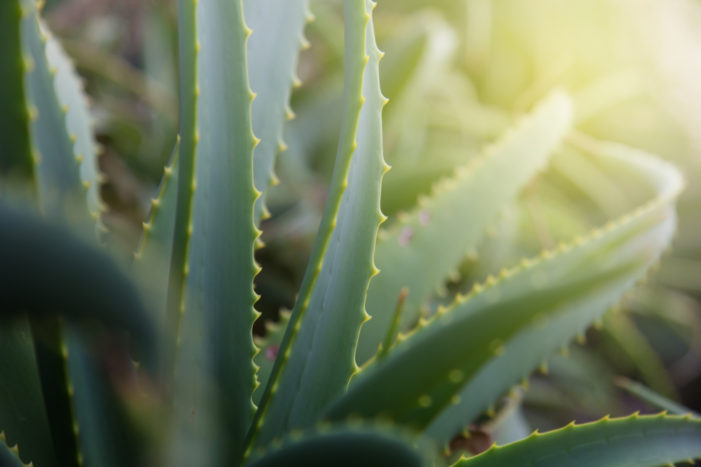 In 1968, environmental scientist Bill Wolverton worked with the U.S. military to clean up government biological testing centers and found that swamp plants were eliminating the defoliant chemical Agent Orange, which had polluted the local waters near Eglin Air Force Base in Florida. Subsequently, NASA provided funding for Wolverton to study the ability of plants to provide a “self-cleaning” function for the environment, partly to evaluate their possible use as part of “sustainable living environments for long-term habitation of space.”1

Wolverton’s ideas were put to the test in 1973, when NASA scientists identified 107 volatile organic compounds (VOCs) in the air inside the Skylab space station.2 The synthetic materials used to construct Skylab are known to emit low levels of chemicals, a process referred to as off-gassing, which are then trapped by the closed system. A similar effect occurs in today’s energy-efficiency buildings, which, like the space station, tend to be built from synthetic materials and are designed to be airtight. The term “Sick Building Syndrome” refers to illness caused by concentrated exposure to toxic VOCs such as formaldehyde, benzene, and trichloroethylene that may occur in a sealed building.

One of the experiments used to study the concept that plants could be used to clean the air in a closed system was NASA’s BioHome, an airtight construction designed for single-person living. When the BioHome was first built, anyone entering the space could feel the effects of the VOCs, including burning eyes and breathing problems, both of which are also those suffering from Sick Building Syndrome. The issues disappeared with the addition of houseplants.

Wolverton’s work with NASA also included a series of studies to meticulously measure the impact of different types of plants on concentration of specific VOCs in a closed environment.3 4 In a 1989 report, he concluded that not only did the plants studied remove toxins from the air but also the root system played at least as important a role as the foliage. Among the plants studied were many common houseplants including bamboo palm, English ivy, gerbera daisy, mother-in-law’s tongue, chrysanthemum, peace lily, spider plant, ficus and various types of dracaena and philodendron.

Although many experts—and non-experts alike—have weighed in on the concept of purifying indoor air using plants, not all of them agree on the detoxifying benefits for the everyday home. According to Luz Claudio, professor of environmental medicine and public health at the Icahn School of Medicine at Mount Sinai, “There are no definitive studies to show that having indoor plants can significantly increase the air quality in the home to improve health in a measurable way.”5

Stanley Kays, professor emeritus of horticulture at the University of Georgia, agrees with Claudio, primarily because homes, stores and offices are not generally airtight, closed environments. Kays says that, while there are undoubtedly benefits to be gained from living with plants, including stress reduction, “at this time, it doesn’t look like plants sitting passively in a house are effective enough to make a major contribution to purifying indoor air.”6

Most opinions, however, support the wisdom of adding houseplants to our indoor spaces. Culling from a number of resources,7 8 9 common houseplants top most lists of potential plant partners for detoxifying today’s indoors.

In Wolverton’s words, “If man is to move into closed environments, on Earth or in space, he must take along nature’s life support system.”10 That means plants.

6 Responses to "Common Houseplants Scrub the Air of Indoor Toxins"