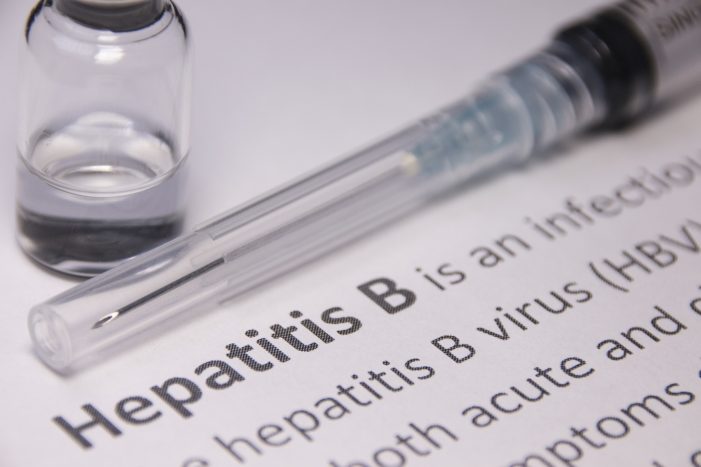 In February 2018, the Advisory Committee on Immunizations Practices (ACIP) of the Centers for Disease Control and Prevention (CDC) approved the recommendation for a new hepatitis B vaccine, Heplisav-B (HepB-CpG) targeting for adults over the age of 18.1 Heplisav-B is manufactured by Dynavax Technologies Corp. and the new vaccine is given in a two-dose series versus the three dose recommendation for Merck’s Recombivax hepatitis B vaccine licensed in 1986 and Glaxo Smith Kline’s Engerix-B vaccine licensed in 1989.

The U.S. Food and Drug Administration (FDA) had twice rejected Dynavax’s application for licensure for Heplisav-B in the past four years because of safety signals.2 In Dynavax’s third attempt, the FDA granted the license in November 2017, despite unresolved safety concerns. Below is the sequence of events leading to licensure of Heplisav-B.

In 2013, the FDA rejected Dynavax’s license application for Heplisav-B for the first time due to the regulatory agency’s concern that the experimental vaccine’s new adjuvant, which was designed to boost immunogenicity, could lead to development of autoimmune disorders.3

Heplisav-B differs from other licensed hepatitis B vaccines in that it contains a new synthetic adjuvant known as cytosine phosphoguanine 1018 (CpG 1018) composed of short synthetic DNA molecules.4

According to an article published in Medscape, the first application by Dynavax Technologies for licensure of Heplisav-B vaccine was rejected by the FDA for the following reason:

Although safety analyses showed no statistically significant differences between Heplisav and the currently licensed hepatitis B vaccine Engerix-B (GlaxoSmithKline) in local and systemic solicited adverse events or deaths, there were numerically greater numbers of patients receiving Heplisav who had evidence of autoimmunity disorders, including thyroid disorders. The increases were not statistically significant, but advisory panel members said the safety database was too small to detect rare adverse events.3

At the time, Melinda Wharton, Deputy Director of the National Center for Immunization and Respiratory Diseases at the CDC stated,  “I don’t think the safety database is sufficiently large to support a recommendation for use in the general adult population, given that this vaccine contains a new adjuvant.”3

In 2016, the FDA rejected a second application by Dynavax for licensure for Heplisav-B vaccine. That time the agency was concerned about an increased rate of cardiovascular events and deaths in people who had been given Heplisav-B vaccine versus Engerix-B.5

In a randomized clinical trial involving approximately 8,400 subjects, 5,600 study participants received Heplisav-B and 2,800 participants received Engerix-B.6 7 During the trial, approximately 14 subjects in the Heplisav-B group had heart attacks in comparison to one subject in the Engerix-B group.6 7 Taking into account that the Heplisav-B group was twice as large as the Engerix-B group, the risk for heart attacks was seven times higher for people who had been given the experimental vaccine.6

In an attempt to minimize the significance of the increased rate of serious heart complications, Dynavax argued that the higher number heart attacks recorded in the Heplisav-B group was due to the “fewer than expected” instances that occurred with the Engerix-B group.8

According to a press release by Dynavax in 2016:

The FDA’s Complete Response Letter (CRL) seeks information regarding several topics, including clarification regarding specific adverse events of special interest (AESIs), a numerical imbalance in a small number of cardiac events in a single study (HBV-23), new analyses of the integrated safety data base across different time periods, and post-marketing commitments. In the CRL, the FDA acknowledged that it has not yet completed its review of responses received from Dynavax in early October, including those pertaining to AESIs and the numerical imbalance in cardiac events. The responses included an extensive analysis that included independent expert consultation supporting our view that the imbalance was driven by an unexpectedly low number of events in the comparator arm. It would appear the Agency could not fully assess the responses in the current review period. In the CRL, there is no request for additional clinical trials and there are no apparent concerns with rare serious autoimmune events.9

In July 2017, the FDA’s Vaccine and Related Biological Products Advisory Committee (VRBPAC) convened to re-evaluate the scientific evidence and make a decision on whether Heplisav B should or should not be approved for use in the U.S.6 A majority of the committee consisted of immunology and infectious disease professionals with only one cardiologist on the team, Milton Packer, MD, who is a Distinguished Scholar in Cardiovascular Science at the Baylor University Medical Center in Dallas, Texas.6

According to Dr. Packer, it was possible the strong inflammatory response induced by the Heplisav B vaccine’s novel adjuvant was causally related to the higher number of heart attacks in study participants who received the experimental vaccine. He said:

The advisory committee needed to consider whether it was biologically plausible for the new vaccine to cause heart attacks. The new adjuvant in the vaccine caused an inflammatory response of uncertain duration. We know that inflammation causes atherosclerotic plaques in coronary arteries to rupture—the event that triggers most heart attacks. So a causal link between the vaccine and heart attacks wasn’t out of the question. Most importantly, we needed to decide if the imbalance in heart attacks between the two groups could have been due to the play of chance. That was a great question, but one that was impossible to answer.6

Dr. Packer goes on to explain:

The FDA asked the committee to vote on whether there was reasonable evidence that Heplisav-B vaccine i safe. Twelve committee members voted in favor of the safety of the new vaccine, one voted against it and three abstained.6 Dr. Packer was one of those who abstained.6

Dr. Packer explains why he abstained:

Why did I abstain? Based on the available data, it was impossible for anyone to know if the increase in heart attack risk in the Dynavax group was real or spurious. So although the questions were fascinating and the discussions terrific, my vote wasn’t that complicated. There is a simple rule in life: if you don’t know, you should say you don’t know.6

Following the meeting, the FDA requested more information from Dynavax on its post-marketing study.6 Four months later, in November 2017, the FDA licensed Heplisav-B for use in the U.S, by adults over age 18. However, continued approval hinges on a post-marketing study that will compare health outcome results from people who have received Heplisav-B with those who have received Engerix-B.2

On the FDA website, the agency claims that, “FDA regulations for the development of vaccines ensure their safety, purity, potency, and effectiveness.”10

However, the fact that Heplisav-B vaccine was approved for public use despite clear evidence in pre-licensure clinical trials that the new vaccine is associated with development of autoimmunity, heart attacks and death calls into question the FDA’s commitment to adhering to its own regulations.