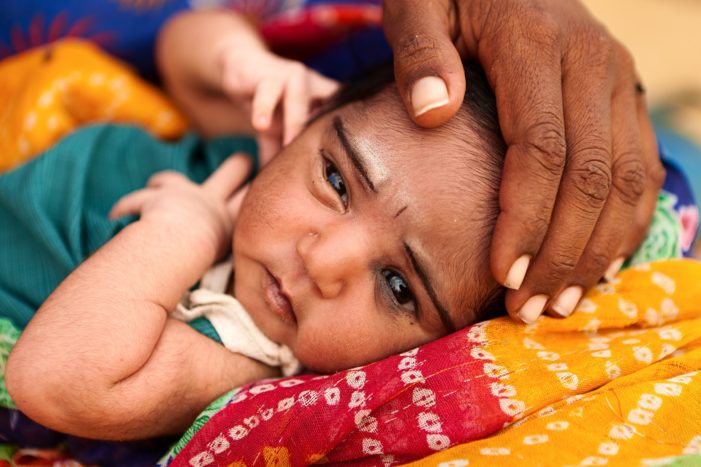 Three toddlers in the village of Loinga in the district of Palamu (Jharkhand state), India died on the morning of Apr. 8, 2018, just hours after receiving multiple vaccines the previous day. The children—Aryan Kumar, Sanju Kumari and Ujjawal Kumar—were all between one and half to two years old and had been given booster shots against Japanese encephalitis (JE), measles and diphtheria, pertussis and tetanus (DPT).1 2

According to Palamu civil surgeon Dr. Vijay K Singh, the children had been vaccinated during the afternoon of Apr. 7 and by around 7 pm that evening they had developed fevers1 and began exhibiting symptoms of “acute” physical distress.

Bihari Yadav, an uncle of Sanju Kumari, recounted, “My child started vomiting and loose motion thereafter and finally she and other two died around 4 to 4.30 Sunday morning. Their bodies had one similarity in the form of open eyes and yellowish bodies.”1

Six other children who received the same vaccinations in Loinga also became ill. Two of them were taken to Sadar Hospital in the city of Medininagar and were reported to be recovering.2

Principal Secretary of Health Nidhi Khare subsequently formed a committee to investigate the three deaths and examine the vaccines used. Police were ordered to confiscate the “ice box and other items” used in the vaccination campaign, along with the “distribution register” of the vaccines.1 2

In April 2018,  three infants were reported to have died in Shaheen Muslim Town in Peshwar, Pakistan after being vaccinated with the inactivated polio vaccine (IPV).  In March, three children in Pakistan died after getting the measles vaccine and two children died in India following pentavalent vaccination (diphtheria, pertussis, tetanus, hepatitis B, HIB combination vaccine).3

2 Responses to "Three Children in India Die After JE, Measles and DPT Vaccinations"