... Dengvaxia should not be used on people without testing people for prior dengue infection. 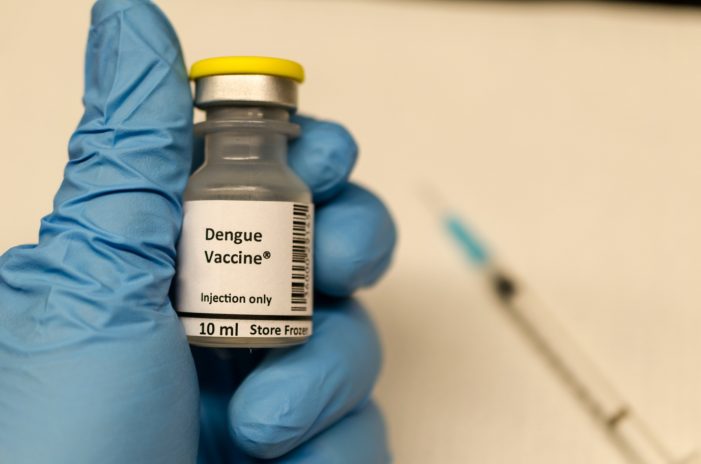 In late-2017, vaccine manufacturer Sanofi Pasteur announced that its dengue vaccine, Dengvaxia, could possibly lead to more severe cases of dengue fever in some people.1 Studies revealed that giving the vaccine to people who had never contracted the disease leaves them vulnerable to a severe reaction if they subsequently contract the disease.2

This announcement came after 700,000 children were already given the vaccine in the Philippines. According to Sanofi, those at risk were those who  had never been previously infected with the dengue virus.1 The government of Philippines suspended the use of the vaccine amidst concerns about its safety.3

In April 2018, the World Health Organization (WHO) announced that Dengvaxia should only be administered to people who have already been infected and recovered from the disease.3 According to Alejandro Cravioto, WHO’s Chair of Strategic Advisory Group of Experts (SAGE) on Immunizations: “We have now clear information that the vaccine needs to be dealt with in a much safer way by using it exclusively in people already infected with dengue before. It requires for the people to be tested through a system that is not currently available but that we feel will be developed in the next years.”3

A new study published earlier this month in the New England Journal of Medicine further supports the WHO’s recommendation that Dengvaxia should only be used by people who have been tested and are positive for prior dengue infection.4 The study’s sample included 2,384 children that were vaccinated and 1,194 children that were not vaccinated.4

The study’s conclusion states: “The tetravalent dengue vaccine, CYD-TDV protected against severe virologically confirmed dengue (VCD) and hospitalization for VCD for 5 years in persons who had exposure to dengue before vaccination, and there was evidence of a higher risk of these outcomes in vaccinated persons who had not been exposed to dengue.”4