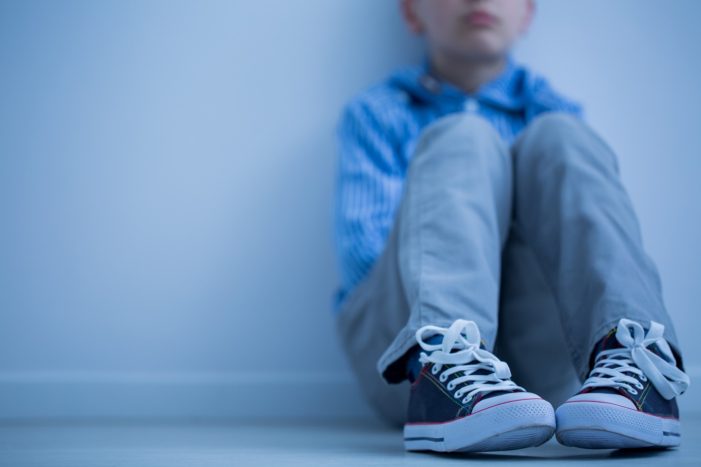 A report released by the U.S Centers for Disease Control and Prevention (CDC) in April 2018 revealed that in 2014, one in 59 eight-year-old children across 11 communities in the United States were identified as having autism spectrum disorder (ASD).1 This latest official CDC estimate for prevalence of ASD among children is higher than for the years 2010 and 2012, when one in 68 children the same age were identified by CDC officials as having ASD.2 3

The CDC’s latest autism prevalence estimates are based on data collected in the agency’s Autism and Developmental Disabilities Monitoring Network (ADDM)—a tracking system that is used to calculate the prevalence of ASD among 300,000 eight-year-old children in 14 U.S. communities.4 ADDM is an autism tracking system that was created after authorization and funding by Congress in 2000 and is operated by the CDC using health and education records.3 5

In 2013, the National Center for Health Statistics (NCES) released an independent report with a similar estimate for the prevalence of parent-reported ASD in school aged children aged six to 17 years old for the years 2007 through 2011/2012. Parents responding to a national telephone survey were asked whether their children had ever been diagnosed with ASD and results of that survey yielded a prevalence estimate of 1 in 50 children affected with autism.7

Explanations Vary for Autism Increases in the U.S.

Antonio Harden, MD, director of the Autism and Developmental Disabilities Clinic in Stanford, California explained that in the “surveys from previous years there was significant underrepresentation of minorities, especially in black and Hispanic populations.”4 He adds, “This report shows significant improvement in the way things are being tallied.4

Stuart Shapiro, MD, PhD, associate director for science at CDC’s National Center on Birth Defects and Developmental Disabilities said, “Autism prevalence among black and Hispanic children is approaching that of white children.”3 He adds, “The higher number of black and Hispanic children now being identified with autism could be due to more effective outreach in minority communities and increased efforts to have all children screened for autism so they can get the services they need.”3

The CDC report pointed out that the inclusion of education records and some changes in the geographic surveillance area could possibly also have contributed to the increase in the autism rate.1 4 The report also cautioned that the rate of autism is not representative of the entire country since the 11 communities surveyed in the report represent approximately eight percent of eight-year-old children in the U.S.3

Is the ASD Increase Simply a Result of Better Reporting?

The CDC’s report implied that reported ASD increases are simply due to more accurate identification, diagnosis and reporting. Although some experts believe that this is more than likely the reason behind the reported increase of ASD, they also do acknowledge that it is not possible to know this for certain.4 The higher rate could also indeed mean that more children in the U.S. are developing autism.

There were two reports in 2010 and 2012 that made us feel that the prevalence rates were leveling off; one in 59 is a little bit higher than the previous one. People in the field do not believe that there is an increase in cases or that the incidence is higher. People feel, including myself, that there is an increase in recognition, particularly in minority populations.4

CDC’s epidemiologist Daisy Christensen, PhD also stated that she believes the latest autism prevalence rate is due to better reporting, but noted that, “We can’t rule out an increase in risk or a change in risk factors among children who are ascertained by our surveillance network.”4

Escalating increases in the prevalence of autism, which was once a rare brain and immune system disorder that is now common among children, should be taken seriously. In the 1990’s, autism prevalence estimates ranged from one in 2,500 to one in 1,000 children.9 By 2000, the CDC estimated ASD prevalence was one in 150 children and, by 2006, it had increased to one in 110 children.10

CDC officials have expressed similar sentiments, arguing that the increase in identification of minority children with ASD reflected in the latest ASD prevalence report is important because children identified with ASD earlier in life are more likely to access services earlier and have more opportunities to reach their full potential.3

With prevalence of ASD reaching nearly 3% in some communities and representing an increase of 150% since 2000, ASD is an urgent public health concern that could benefit from enhanced strategies to help identify ASD earlier; to determine possible risk factors; and to address the growing behavioral, educational, residential and occupational needs of this population.”1

Early diagnosis of ASD is crucial to provide timely and appropriate services to those in need. However, it should be equally urgent for public health officials to resist normalizing continuing autism increases.

All avenues for research into the causes of autism should be considered, including well-designed studies to investigate persistent reports that healthy children are developing autism following vaccination. When preventing autism becomes the focus of public health policies, fewer children will be in need of services.