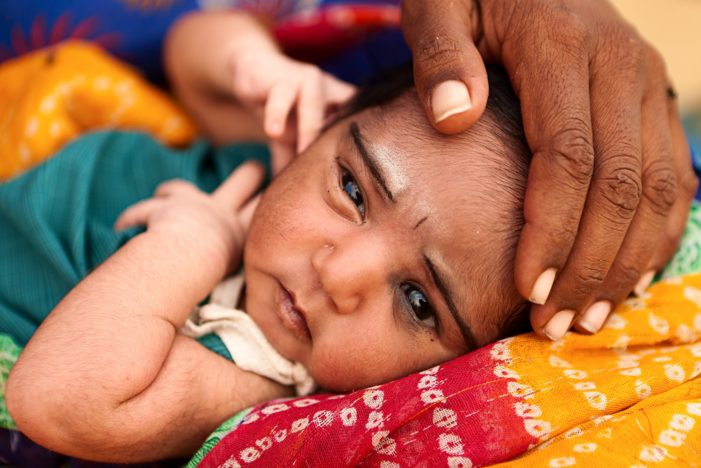 Two babies aged one-and-a-half months old died on Feb. 8 and Feb. 9, 2018 and seven others were hospitalized within a day after vaccination at a clinic near Karnataka’s Mandya district in India.1 2 The children were injected from the same vial of a pentavalent vaccine that administers five different vaccines in one shot. The combination vaccine, which includes vaccines for diphtheria, pertussis, tetanus, hepatitis B and haemophilus influenza type b (Hib), is traditionally given at six, 10, and 14 weeks of age.

The mother of one of the babies who died said her baby began crying inconsolably shortly after receiving the vaccine. She rushed the child back to the clinic and was told the crying was a normal reaction to the pain of the shot, and not to worry. Soon after, the infant fell into an exhausted sleep from which he never awoke. He died the next day. The new parent’s nightmare only got worse when she found out that another six-week old boy had died the day before hers, after being given the same vaccine.2

Medical authorities have yet to confirm that the deaths were caused by the vaccine, saying only, “A district-level technical committee on vaccines met in Mandya on Saturday afternoon and discussed the incident. It didn’t get any clarity on the cause of death. Once we get the lab reports, we’ll get clear information.” While all of the vaccine from the suspect batch has been withdrawn pending testing, authorities note that there is an inquiry underway to see if an explanation can be found at the clinic or administrative level. Accredited Social Health Activists (ASHA), part of the National Health Mission, are trained to administer the vaccines but, according to a District Health Officer, they “did not have knowledge about any of the symptoms the babies showed… However, they should have advised the parents to take their babies to the hospital.”2

Further distancing themselves from responsibility, it was emphasized that one of the deceased infants “was suffering from fever and the other had a low platelet count.” Nevertheless, parents whose children had received the same vaccine, flooded hospitals, doctors’ offices and the streets around the Mandya Institute of Medical Sciences (MIMS), protesting what they think may be a cover-up of a medical mistake: “The doctors are claiming that the two dead children were suffering from one disease or the other disease and died because of it. Why then did the other seven children fall ill?”2

These most recent deaths are not the only casualties associated with India’s vaccine program. Another batch of the pentavalent vaccine was withdrawn in November of 2015 after a two-month old girl died just hours after vaccination.3

Saying adverse reactions following vaccination could be attributable to any number of factors including “bad vaccine quality due to break in the cold chain, contamination and complications because of pre-existing conditions in the child,” a health official at that time pointed out that “Infant deaths after immunization are usually coincidental. These deaths have some other co-factors linked to them.” He added, “Going by the infant mortality rate of 30 per 1,000 live births, we can expect at least 16 infant deaths every day. Such incidental deaths during vaccination are extremely unfortunate.”2

Reports abound of many other infant deaths occurring after vaccination in India. Data from the Right to Information Act show that 128 children died in 2010 from adverse reaction to a vaccine, though actual numbers are probably much higher. And again, health officials expressed doubt as to whether the deaths are truly attributable to vaccination. Jacob M Puliyel, MD, head of Pediatrics at a hospital in Delhi, says, “Many vaccine deaths reported in the media do not find a mention in the government statistics,” because the government often goes no further than testing the vaccine batch for contamination.4

Dr. Puliyel counters, “Just because a vaccine is not found to be contaminated, it doesn’t mean the vaccine has not caused the death.”4

Coincidentally, the number of deaths increased dramatically the year after “the government closed down all three public sector vaccine units and began buying from private suppliers,” going from 32 in 2007 to 111 in 2008.4