The Antibiotic Resistance Crisis and Vaccines 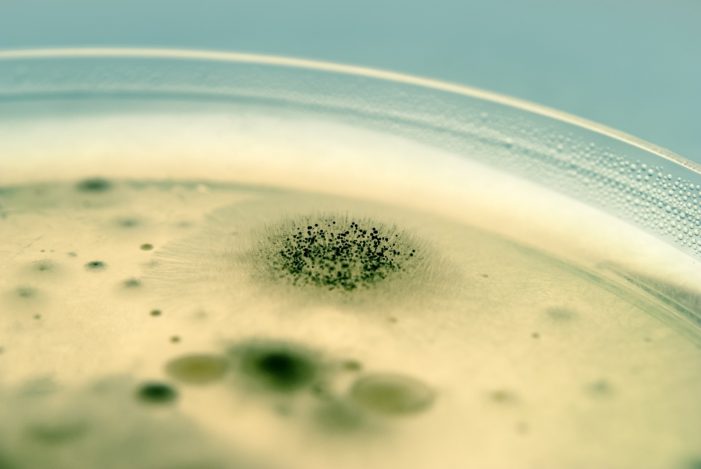 Ever since the discovery of the antibiotic commonly known as penicillin in the late-1920s, antibiotic drugs have transformed the face of modern medicine.1 Antibiotics have historically played an instrumental role in successfully treating bacterial infections.2 However, the overuse and misuse of these medications over the last few decades has created many challenges, including the growing problem of antibiotic resistant bacteria.

In 1954, Sir Alexander Fleming, the Scottish physician and pharmacist who discovered penicillin, warned that the misuse of antibiotics would result in a era of antibiotic resistant bacteria.3 Antibiotic resistance occurs when an antibiotic drug loses its ability to effectively control or kill bacterial growth to which they were once sensitive.4

The over-prescription of antibiotics by physicians for viral infections and minor bacterial infections during the past half century is the most significant factor contributing to antibiotic resistance.5 According to a report published in Pharmacy and Therapeutics:

The overuse of antibiotics clearly drives the evolution of resistance. Epidemiological studies have demonstrated a direct relationship between antibiotic consumption and the emergence and dissemination of resistant bacteria strains.3

Incorrect and unnecessary antibiotic therapy can contribute to the development of antibiotic resistant bacteria through genetic alterations such as changes in gene expressions and mutagenesis, which can create “superbugs”.3

Moreover, the extensive use of antibiotics in agriculture is also contributing to this crisis. Approximately 80 percent of antibiotics sold in the U.S. are used in livestock to promote growth and to prevent infection in animals.3> Humans then ingest the antibiotics used in livestock when they consume animal products. According to the report in Pharmacy and Therapeutics, author Lee Ventola, MS explains the process through which resistant bacteria are transmitted to humans:

Agricultural use of antibiotics also has a detrimental effect on the environmental microbiome. Up to 90 percent of the antibiotics given to livestock are excreted in urine and stool, which is then spread through fertilizer, groundwater and surface runoff.3 As Ventola states, “This practice also contributes to the exposure of microorganisms in the environment to growth-inhibiting agents, altering the environmental ecology by increasing the proportion of resistant versus susceptible microorganisms.”3

Antibacterial products for hygienic (e.g. hand sanitizers) and cleaning purposes are also believed to be contributing to bacterial resistance.3 Antibacterial products interfere with the ability for children and adults to develop immunity to environmental antigens, eventually compromising the immune system and possibly leading to recurrence of infections that would normally not be aggressive and raise the risks for complications.3

Global health organizations such as the World Health Organization (WHO) and public health agencies like the U.S. Centers for Disease Control and Prevention (CDC) are encouraging use of an increasing number of vaccines as a strategy to address the antibiotic resistance crisis.6 7 The rationale used for this strategy is to optimize the use of vaccines to prevent drug-resistant infections and reduce antibiotic use.7 Ironically, many vaccines do contain antibiotics.

According to the John Hopkins Bloomberg School of Public Health’s 2018 vaccine excipient list, there are 18 vaccines licensed in the U.S that contain antibiotics as an ingredient.8 Neomycin is the most commonly used antibiotic in vaccines.8 Antibiotics are used in vaccine production to help prevent contamination during the manufacturing process.9

Although the U.S. Food and Drug Administration (FDA) claims that antibiotics in vaccines are used in small amounts,9 the mere fact that the CDC’s 2018 Recommended Childhood Vaccine Schedule recommends 50 doses of 14 vaccines before the age of six and 69 doses of 16 vaccines by the age of 18 indicates repeated exposure to antibiotics via vaccines during the childhood and adolescent years.10

Studies have shown that not only do antibiotics disrupt the body’s development of resistance to pathogens but also destroy the design of the body’s microbiome.11 In a report published in Genome Medicine, Langdon et al. state:

The use of antibiotics heavily disrupts the ecology of the human microbiome (i.e., the collection of cells, genes, and metabolites from the bacteria, eukaryotes, and viruses that inhabit the human body). A dysbiotic microbiome may not perform vital functions such as nutrient supply, vitamin production, and protection from pathogens. Dysbiosis of the microbiome has been associated with a large number of health problems and causally implicated in metabolic, immunological, and developmental disorders, as well as susceptibility to development of infectious diseases.11

Critical developmental milestones for the microbiota (as well as for the child) occur, in particular, during infancy and early childhood, and both medical intervention and lack of such intervention during these periods can have lifelong consequences in the composition and function of the gut ecosystem.11

Given that frequent exposure to antibiotics is detrimental to the development of the microbiome beginning at birth and into childhood and adulthood leading to numerous health and environmental problems, are vaccines containing antibiotics really a viable solution to the antibiotic resistance crisis?

15 Responses to "The Antibiotic Resistance Crisis and Vaccines"