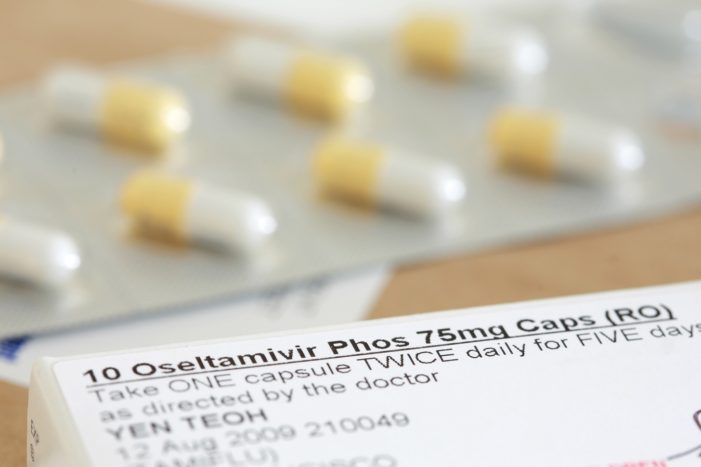 Three separate families have blamed Swiss pharmaceutical company Roche’s antiviral drug Tamiflu (oseltamivir) for drug-induced very serious side effects—including a suicide—following administration of Tamiflu to their children during the 2017-2018 influenza season. There have been numerous cases reported in past years indicating a connection between the use of this antiviral drug and similar extreme reactions.

In Indiana, a 16-year-old boy committed suicide within 24 hours of receiving Tamiflu. According to a CBS report, Charlie Harp received a “flu” diagnosis from his doctor with a prescription for Tamiflu. The high school student took two doses before taking his own life in his home.

Charlie’s family claims he was thriving in his classes and active in sports. His parents said he never expressed suicidal thoughts and had no signs of depression. Given the introduction of Tamiflu as the only change in Charlie’s life, his family now worries the drug may be to blame for his suicide.

Roche plans to conduct a thorough investigation1 and declined to comment on Harp’s death but cited a lack of data suggesting a link between antiviral therapy and such events, stating, “These events are also experienced by patients with influenza without Tamiflu administration.”

In Texas, a family is claiming Tamiflu prompted their six-year-old daughter to run away from school and attempt to hurt herself at home by jumping from a two-story window. The family would like to remain anonymous but said they will be filing a report with the U.S. Food and Drug Administration (FDA).2

In New York, hypersensitivity reactions from Tamiflu may have been the culprit for an eight-year-old girl. She was diagnosed with the flu and prescribed Tamiflu, and died within 24 hours when she experienced trouble breathing.3

This is not the first time Tamiflu has been blamed for serious psychiatric side effects.

In 2005, the FDA investigated Tamiflu’s potential adverse reactions when dozens of Tamiflu-treated teenagers in Japan reported hallucinations, delirium, confusion and other abnormal behaviors. There were also 12 deaths of Japanese children reported, all after taking the medication.

However, the FDA could not find a causal relationship between Tamiflu and the events. The agency concluded, “increased reports of neuropsychiatric events in Japanese children are most likely related to an increased awareness of influenza-associated encephalopathy, increased access to Tamiflu in that population and a coincident period of intensive monitoring adverse events.”4

In 2015, the Clinical Psychopharmacology and Neuroscience journal published a case report detailing a 22-year-old male’s experience after taking 75 mg of Tamiflu twice daily for five days to treat his influenza symptoms. He reported mood swings, suicidal feelings, auditory hallucinations, memory deterioration and insomnia without a history of such mental conditions. The patient was admitted to a closed psychiatry ward and treated with antipsychotic drugs and was fully responsive and recovered quickly, without any lingering psychiatric symptoms during 10 months of follow up.5

Tamiflu is a neuraminidase inhibitor meant to block the spread of the influenza virus, which also potentially reduces the severity of influenza symptoms. The drug received U.S. approval for Type A and Type B influenza in 1999.

The Tamiflu package insert label lists serious skin/hypersensitivity reactions and neuropsychiatric events in the warning and precaution section and advises patients to monitor for abnormal behavior and allergic-like reactions. The package inserts states, “Patients with influenza, including those receiving Tamiflu, particularly pediatric patients, may be at an increased risk of confusion or abnormal behavior early in their illness.”6