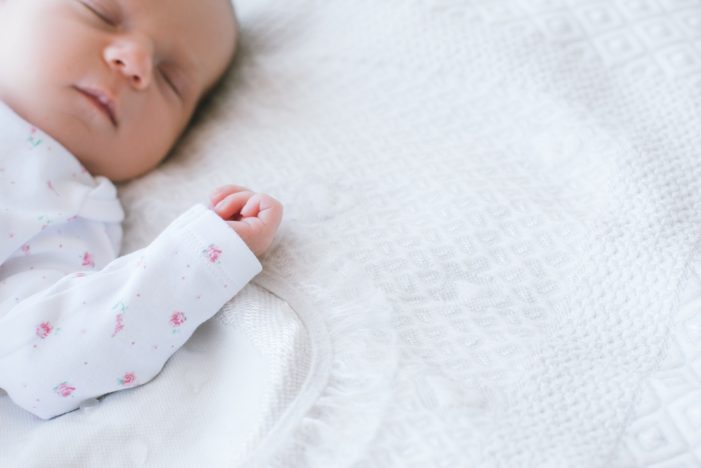 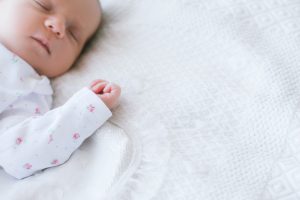 A recent report by WTVM television of Columbus, GA claimed, “Three to four babies a week are dying in Georgia due to Sudden Infant Death Syndrome (SIDS) or other sleep related causes.”1 In 2015, there were 170 sleep-related infant deaths in Georgia alone, up from previous years.2 Arkansas reported the highest infant mortality rate (IMR) of all states, with 141.1 deaths per 100,000 live births, while New York reported the lowest number, 14.1.3

These numbers compare poorly with those of other developed nations. Japan, for example, has an infant mortality 2.0 deaths per 100,000 live births.5

Breakdown of Sudden Deaths in Infancy

By its very definition, Sudden Unexpected Infant Death (SUID) and its subcategory of SIDS often seem to come out of nowhere. SUID is defined by the Centers for Disease Control and Prevention (CDC) as “the death of an infant less than 1 year of age that occurs suddenly and unexpectedly, and whose cause of death is not immediately obvious before investigation.” SIDS is “the sudden death of an infant less than one year of age that cannot be explained after a thorough investigation is conducted, including a complete autopsy, examination of the death scene, and a review of the clinical history.”6

SUID includes not only SIDS, but also sudden death from “Unknown Cause” (usually attributed to an incomplete investigation), and “Accidental Suffocation and Strangulation in Bed.”

There were an estimated 3,700 unexpected infant deaths in the U.S. in 2015, with 1,600 defined as SIDS. Of those 3,700 SUIDs, 1,600 were categorized as SIDS and 1,200 as unknown causes. Only about 900 deaths were attributed to accidental suffocation and strangulation in bed.7 Yet it is that last category that receives widespread public attention, probably because it is the only type of sudden infant death considered preventable given current medical knowledge.

Some of the causes of accidental suffocation include suffocation by crib bedding such as pillows or loose blankets, “overlay,” from a co-sleeping adult who accidentally rolls onto the infant while sleeping, “wedging or entrapment,” as may occur if an infant becomes wedged between a mattress and the wall or bedframe, and “strangulation,” as when an infant’s head or neck is caught between railings of a crib.8

Recommendations for preventing SIDS from the American Academy of Pediatrics (AAP)9 and the American SIDS Institute10 include avoiding cigarette smoke both during pregnancy and around the infant, room sharing but not bed sharing; never sleeping with an infant in a chair, sofa or bed—particularly if alcohol or drugs have been used; using a firm crib mattress, and clothing the baby in a one piece sleeping garment but not using blankets or other loose bedding, pillows, soft toys or positioning devices; and always putting the infant to sleep on his or her back.

Many sources point to the importance of breastfeeding for at least the first six months of life. Others also suggest that offering a pacifier at sleep times appears to reduce the risk of SUID, possibly due either to improved autonomic control during sleep or their effect on keeping airways open.

These suggestions may offer some protection against deaths due to strangulation or suffocation, but what about the other 2,800 unexplained infant deaths? There is very little credible information about what causes truly unexplainable infant death, but it is believed to be multifactorial. Some factors that may contribute to some of these deaths include brainstem abnormalities, genetic differences or mutations that may cause cardiac changes or issues with inflammatory regulation that may predispose the infant to sudden death.11

Although the AAP’s position is that infants should receive all recommended vaccinations on the CDC-recommended schedule, there have been both anecdotal and published reports that SUID may have a causal relationship to vaccination for some babies. According to a 2016 AAP report, “the incidence of SIDS peaks at a time when infants are receiving numerous immunizations.”12That report makes reference to a number of case reports during the 1970s of infant deaths occurring soon after babies had received diphtheria, tetanus and pertussis (DTP) vaccines.

The AAP noted that of the six studies conducted to review the data, four showed no causality and two showed that in a certain subgroup there might be a temporal causation.

A 2003 report from the Institute of Medicine (IOM) stated, “The evidence favors rejection of a causal relationship between exposure to multiple vaccinations and SIDS.” There are a few published articles suggesting that vaccination might offer some protection against SIDS.13

Although medical authorities tend to reject the theory that vaccination could lead to infant death, there is anecdotal evidence in the form of innumerable personal stories about infants, who were healthy and died suddenly without explanation after vaccination.14 As reported by the National Vaccine Information Center (NVIC), “developed nations with poor infant mortality rates, like the U.S., tend to give their infants more doses of vaccines before age one.”15 A 2011 study found “a high statistically significant correlation between increasing numbers of vaccine doses and increasing infant mortality rates.”16

In 2015, CDC officials published an analysis of deaths following vaccination that were reported to the federal Vaccine Adverse Event Reporting System (VAERS) between 1997 and 2013. Most death reports involved male children under age 17. Among 1,244 child death reports with available death certificates and autopsy reports, 44 percent (544) were listed as sudden infant death syndrome. There were 146 child deaths categorized as “undetermined.” Nearly 80 percent of children who died after vaccination had received more than one vaccination on the same day. The number of deaths reported in children following vaccination exceeded those in adults in every one of the 16 years reviewed.

The CDC researchers stated, “SIDS was the leading cause of death (28.1%) among all reports and accounted for 51.7% of death reports in infants, which is consistent with infant mortality data that place SIDS as the third leading cause of death in the United States among infants.” They concluded that “We did not detect any concerning patterns that would suggest causal relationships between vaccination and deaths.”17

It is estimated that only between one and 10 percent of serious adverse events that occur after vaccination are reported to VAERS.18 19 Most infants in the U.S. receive 35 doses of vaccines in the first year of life, with 25 doses given by age six months.20

Correlation may not equal causation, but when between 2,000 and 3,000 babies die every year in the U.S. before their first birthday and their deaths are categorized as SIDS or “unexplained,” the potential association between unexpected infant death and vaccination merits deeper consideration and a more thorough scientific investigation than it has been given so far.

18 Responses to "Sudden Infant Deaths Remain High in the U.S."