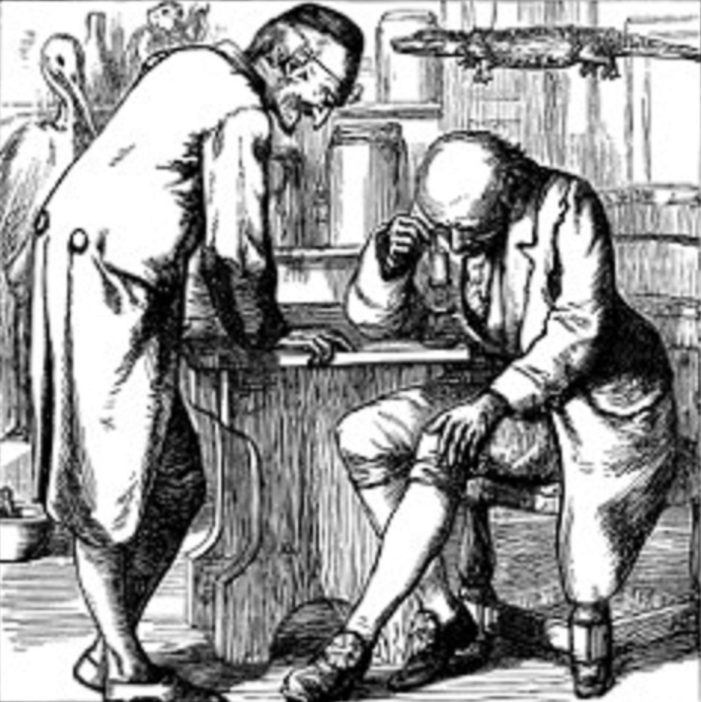 Bill Nye, more popularly known on television as the “Science Guy,” continues to rail against the informed consent rights of individuals when it comes to vaccination. In a recent NowThis Future segment on Facebook titled “Bill Nye Takes On: Anti-Vaxxers,” Nye urged, “Everybody, you have to get vaccinated. This is 250-year-old technology.”1

Vaccines, oh yes, they protect you from germs. But every bit as important is they protect ME from YOU. When you get infected because you didn’t get vaccinated, that germ mutates inside you cause they reproduce so very fast—viruses, bacteria reproduce at an extraordinary rate. Little errors or imperfect, uh, reproductions are made in their DNA, and this new germ that you created in your body could infect me in a way that my vaccination does not protect me.1

Nye ended his marketing spiel by re-emphasizing, “It ain’t about you. It’s about ME! Two-hundred-and-fifty years!”1

Earlier this year on his Netflix series Bill Nye Saves the World, Nye went through his self absorbed—”It’s not about you, it’s about me” routine, except that he opened with, “People who don’t get vaccinated are potential trouble” and closed with, “So you could make a very strong argument that you’re required to get vaccinated. That’s like a law, a rule.”2

Nye performed his routine again in an interview with Patt Morrison published this past summer in the Los Angeles Times. He opened with, “And for all the anti-vaxxers out there, you have to get vaccinated. I don’t care about you. If you go ahead and get sick and die, knock yourself out.” Then he inserted, “The reason I insist you get vaccinated is to protect me from you. Me!” And then he closed with, “You are the petri dish of death for the rest of us. Vaccines were discovered in the 17-freaking-hundreds, people.”3

It’s formulaic. Nye takes a simplistic explanation about germs and how vaccines are supposed to protect us from them and wraps it up in a fear-based message aimed at generating paranoia against anyone who does not submit to every single vaccination recommended by the government. Everybody has to get vaccinated, and those who don’t get vaccinated are potential trouble? A veritable petri dish of death?

Nye is nothing if not transparent in what he is pushing. Obviously, it’s not science—which makes sense given that Nye is not a scientist. Nye is primarily an entertainer, which is great training for memorizing scripted lines. Bear in mind, the “Science Guy” thing is merely a public persona created when he was the host of a children’s TV show in the 1990s called Bill Nye the Science Guy.4

But Nye is not content to use fear to influence people to get vaccinated and pressure others to do likewise. In his NowThis Future commercial he adds a different element to his message: shame. Nye points out that vaccination is “250-year-old-technology.” It’s an evolution of his “17-freaking-hundreds” phraseology in the Times interview. The insinuation is that because this technology is so old it must surely be both safe and effective.

The logic goes like this: The mere fact that the technology is still in use after all this time, in and of itself, is proof that it works and is safe. Thus, anyone who may continue to have doubts about it should be ashamed for not being smarter than that. I mean, how can any intelligent person possibly argue against 250-year-old technology, 18th century science, right?

By that reasoning, we should still be adhering to the medical practice of bloodletting to cure or prevent illness and disease because it is 3,000-year-old technology. Bloodletting was practiced by surgeons (and barbers) well into the 19th century. Thankfully, that ignorant and barbaric “science” did not survive, despite the fact that it had been around for so long and was widely accepted.

Eventually, through the research efforts of independent-minded physicians like Pierre-Charles-Alexandre Louis (1787-1872) of France, the danger and ineffectiveness of bloodletting was exposed, even though doctors had long believed it was a safe and effective medical procedure.5 6 7

That’s the way science works. It evolves through the process of uncensored inquiry, debate and dissent, challenge and rechallenge, experimentation and discovery. The same is true for the science of vaccination.

Of course, the underlying assumption is that the scientific process cannot, should not be and is not stymied. Unfortunately, that is precisely what Nye attempts to do each time he speaks about vaccination and urges the public to believe that the science of vaccination is settled and there are no more questions to be asked or answered.