Mississippi: Most Vaccinated and Most Unhealthy 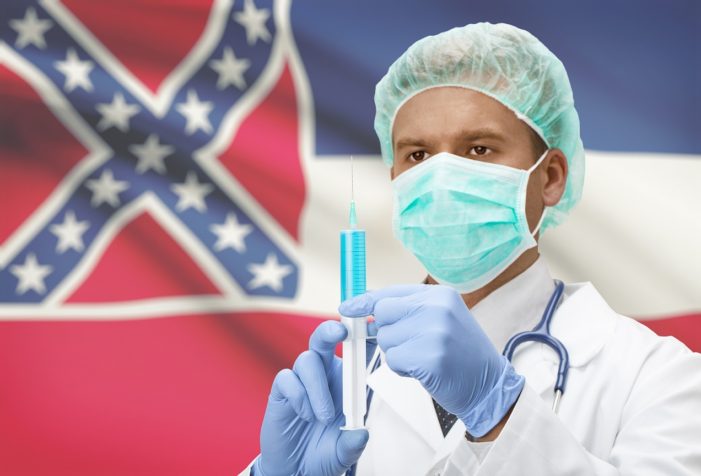 I came across a very odd opinion piece last week in the Daily Beast by pediatrician Paul Offit, MD of Children’s Hospital of Philadelphia, PA. The article is titled “The Unhealthiest State in America Has the Best Vaccination Rate,” and it opened by referencing  a recent report by the Centers for Disease Control and Prevention (CDC) providing a state-by-state comparison of vaccination rates children in kindergarten during the 2016-17 school year.1 2

Dr. Offit is a well-known vaccine developer, mandatory vaccination proponent and spokesperson for the vaccine industry, so the title of his piece would seem to pose a conundrum for him. I was curious to see just how he would explain how the unhealthiest population in the nation is also the most highly vaccinated with a 99.4 percent vaccination rate among kindergarten children. I assumed that he would simply disassociate the two and proceed to give a long list of reasons (other than vaccination) why Mississippians are so unhealthy, such a high incidence of poverty, poor nutrition, polluted natural resources, etc.

I expected that Offit would go on to say something like, “It’s a good thing that Mississippians are so highly vaccinated; otherwise they would be even more unhealthy!” If this sounds familiar, it should, because it is the same thought process used to justify getting the annual influenza vaccine—which, by the way, is estimated to be a whopping 10 percent “effective” this year.3 4 5

The convoluted thinking goes like this: “Yes, the flu shot is only 10 percent effective, but it’s still better than nothing and if you do end up getting the flu it won’t be nearly as bad… thanks to the vaccine.” The thinking is convoluted because it wrongly presumes, first of all, that there is no other or better way to stay healthy and, secondly, that there are no side effects to the many neurotoxic ingredients contained in the 11 different influenza vaccines licensed and sold in the United States.6

For context, every state had high immunization rates, with none dipping below 84 percent. But Mississippi was a surprise leader in vaccinations. Between 2012 and 2014, the state ranked dead last in overall health rankings. Mississippi’s efficiency at immunizing its children is therefore puzzling: How did a state with the worst overall health in the nation score the best vaccination rates?1

Instead of leading in to try and explain the “puzzling” aspect of this seeming inconsistency by asking the question, “How did a state with the best vaccination rates score the worst overall health in the nation?” Offit chose to ignore this fascinating puzzle and instead focused on giving a short historical recount of how Mississippi instituted strict “no exceptions” vaccination mandates and subsequently attained high vaccination rates. He cited the case of Brown v. Stone in 1979.1

Offit referenced how in that case, Mississippi’s Supreme Court justices stated that all parents have a duty to “provide the child with food, clothing, and shelter and to protect the child from preventable exposure to danger, disease, and mortality” and issued an opinion arguing that duty took precedence over religious belief. The state of Mississippi used the state’s high court ruling in Brown v. Stone to deny parents the right to receive an exemption from vaccinating their children based on religious belief.1

Although Offit has acknowledged that he holds no religious beliefs,7 he winds down his article by characterizing a decision to claim a religious exemption to vaccination as a “profoundly unreligious act” and concludes, “Our country would do well to follow the state that stood up for its children in 1979.”1

On the most interesting question posed in his piece, Offit left his audience hanging. Why is the unhealthiest state in the union the most vaccinated?

Mississippi, for example, has the highest infant mortality rate of any state in the union—8.8 deaths per every 1,000 live births.8 Is it only because of socioeconomic factors? Or might it also have something to do with the fact that nearly 100 percent of Mississippi’s children are heavily vaccinated?

9 Responses to "Mississippi: Most Vaccinated and Most Unhealthy"