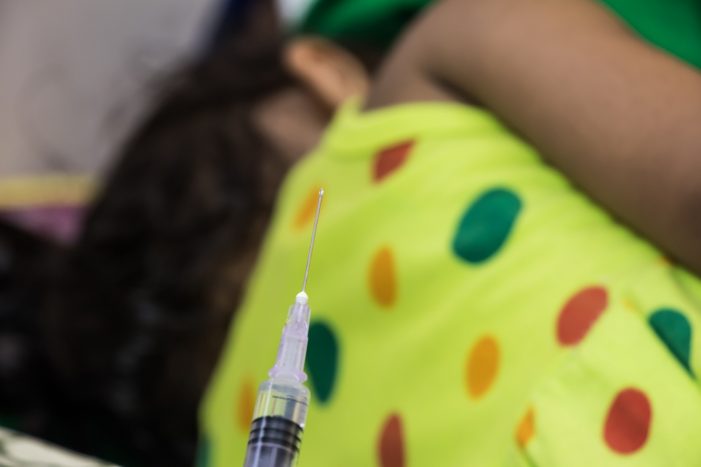 Government authorities in India are investigating the possible link between vaccines and the deaths of two children in separate regions of the country. The first case is that of 15-year old Chenchu Lakshmi, who received the measles and rubella vaccine at a camp in the town of Tadepalli on Aug. 17, 2017.1 2 The young girl became unconscious and died a few hours after the vaccination.

Chenchu’s parents have accused health officials of gross negligence, alleging that the vaccine was to blame. They have filed a suspicious death complaint with the Tadepalli police.”1 2 According to the children’s rights nonprofit organization Balala Hakkula Sangham (APBHS), based in Hyderabad, India3 :

There is evidence of negligence on the part of officials. According to rules, only a qualified pediatrician is allowed to administer a vaccine to a child,” said Balala Hakkula Sangham president Achyuta Rao. “In this case, no doctor was present at the camp and only a nurse was administering the vaccine.” The Sangham lodged a complaint and plans to submit an incident report to the State Human Rights Commission.1

In the U.S., between 1990 and Oct. 14, 2017, there have been 87,852 reports of adverse events following receipt of a measles containing vaccine, primarily MMR vaccine, according to the MedAlerts search engine, which facilitates an online search of vaccine reactions filed in the federal Vaccine Adverse Events Reporting System (VAERS) database.4 Of those reported adverse events associated with measles containing vaccines, 439 cases resulted in death.5

Aradhika’s family alleges that their daughter died because an untrained professional administered the vaccinations. Shortly after leaving the hospital, the infant had blood oozing out of her nose and her feet turned blue. The health department has alleged that she may have died from aspiration, which happens when food or liquid in inhaled into the trachea and lungs rather than going down the gastrointestinal tract, and have accused the family of negligence when feeding the baby.7 8

The health department has sealed the batches of vaccines involved in the infant’s death and requested a post-mortem examination to verify the cause of death.8