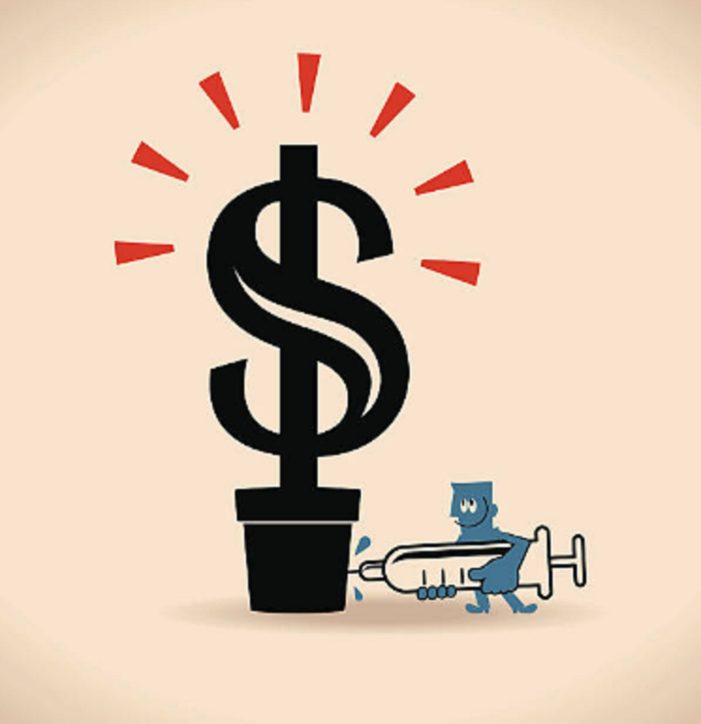 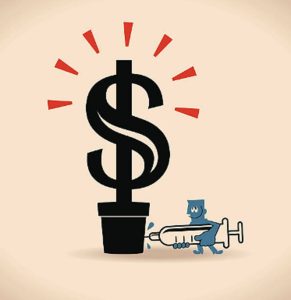 When the U.S. Food and Drug Administration (FDA) approved the first “therapeutic vaccine,”1 which is defined as a therapy that manipulates the immune system, a whole new market opened up for the vaccine industry. Driven as it is by an increasing worldwide incidence of such chronic diseases as cancer and HIV, the therapeutic vaccine market also includes immunotherapies for addictions, autoimmune diseases, infectious diseases and neurological diseases.2 That’s the big global market with unlimited potential for significant profits.

“Vaccination” is Not the Same as “Immunotherapy”

The distinction between preventive or prophylactic vaccines and therapeutic vaccines is a critical one. Unlike the original word “vaccination” that described Edward Jenner’s attempt in 1796 to prevent smallpox by injecting healthy humans with cowpox, the word “vaccine” is now being associated with a very different type of pharmaceutical product that attempts to heal a person already sick with a disease.

Departing from traditional vaccines, which are designed to prevent healthy people from getting sick from an infectious disease by exposing them to the lab-altered disease pathogen before they get sick, therapeutic vaccines are intended to treat sick people with an existing infectious or non-infectious disease by manipulating the body’s immune response to make the body return to health.

It is more than a simple confusion of semantics when most immune therapies are now being referred to as vaccines. There are very specific federal regulatory and product liability laws pertaining to vaccines that don’t apply to any other medical intervention. Specifically, there is “no legal accountability for any corporation or individual who develops, licenses, recommends, promotes, administers or mandates vaccines that injure and kill Americans.”6

Under the National Childhood Vaccine Injury Act (NCVIA) and by a 2011 U.S. Supreme Court ruling, drug companies manufacturing federally licensed and recommended vaccines are effectively completely shielded from legal liability for any harm that may be caused by a vaccine the Centers for Disease Control and Prevention (CDC) recommends for children.7

In 1982, when U.S. vaccine manufacturers threatened to leave the U.S. with no vaccines for children unless they were protected from vaccine injury lawsuits, Congress began developing legislation that they said would protect the vaccine supply and also provide compensation for vaccine injured children. The historic National Childhood Vaccine Injury Act (NCVIA) of 1986 was groundbreaking in that it formally acknowledged the reality of vaccine injuries and deaths, the need for financial support for the vaccine injured and their families, and the need for vaccine safety and informed consent protections.8

The original law included vaccine safety provisions secured by the co-founders of the non-profit charity National Vaccine Information Center (NVIC), which required pediatricians and other vaccine providers to give parents vaccine benefit and risk information before vaccinating children, to keep written records of the manufacturer’s name and lot numbers for all vaccines given, to keep permanent records of serious health problems following vaccination, and to report vaccine adverse events to the federal Vaccine Adverse Events Reporting System (VAERS) created under the law.

By 2016, nearly $3.6 billion dollars had been given “to vaccine victims for their catastrophic vaccine injuries,” despite the fact that two thirds of applications are denied.9

Reality Far Different From Promises Made

In the words of NVIC co-founder and president Barbara Loe Fisher, who has often described how the promises Congress made to parents of vaccine damaged children have not been kept,:

We were promised that the program would be a non-adversarial, expedited, less traumatic and less expensive administrative alternative to a lawsuit—not an exclusive legal remedy that prohibited all product liability lawsuits against vaccine manufacturers.10

We believed that Congress would keep the promises made to parents when it gave partial liability protection to the pharmaceutical industry producing vaccines and the medical trade industry representing pediatricians. We believed that the informing, reporting and recording vaccine safety provisions, which the co-founders of NVIC were specifically responsible for securing into that law, would be enforced.10

Just one example of how the VICP has failed to be implemented properly by the government is outlined in a 2014 report by the Government Accountability Office, which pointed out that most vaccine injury cases filed in the VICP since 1999 have taken more than five years to adjudicate, with one taking more than 14 years to settle. Nearly two-thirds of petitioners who went through the program—whether they received compensation or not—reported they were very dissatisfied with how long the process took.11 The original law put a 240-day deadline for all vaccine injury claims to be processed.12

In addition, two out of three injury claims are turned down for federal compensation and so the majority of vaccine injured children and adults who apply for assistance are left with no financial support to deal with their often catastrophic vaccine injuries. The failure of the 1986 law, together with aggressive lobbying efforts by industry, medical trade and government to eliminate vaccine exemptions and erode informed consent rights, has prompted NVIC and many other consumer groups to call for a return to full civil liability for vaccine manufacturers and those administering vaccines to children and adults.

With billions of U.S. tax dollars funding the development of hundreds of new experimental vaccines and, in light of the fact that FDA licensing standards having been lowered to allow for fast tracking of those experimental vaccines to market—plus no legal liability regardless of how much harm poorly studied vaccines cause—it is not surprising that those in the business of creating and marketing therapeutic immune therapy products want to call them “vaccines.”

The name “vaccine” keeps those products under the same civil liability shield umbrella that vaccines enjoy.