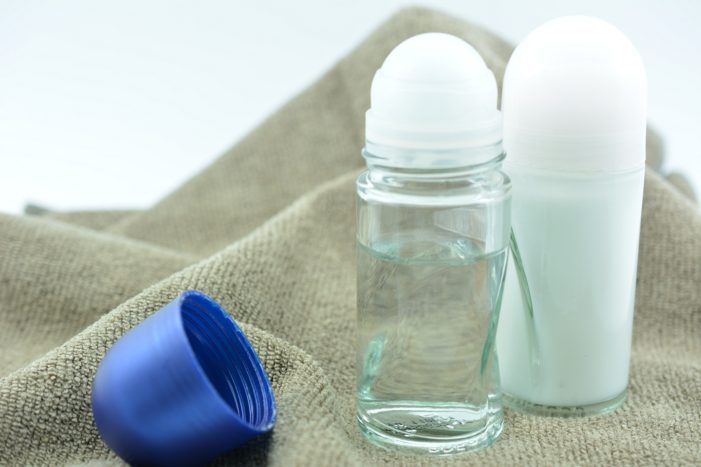 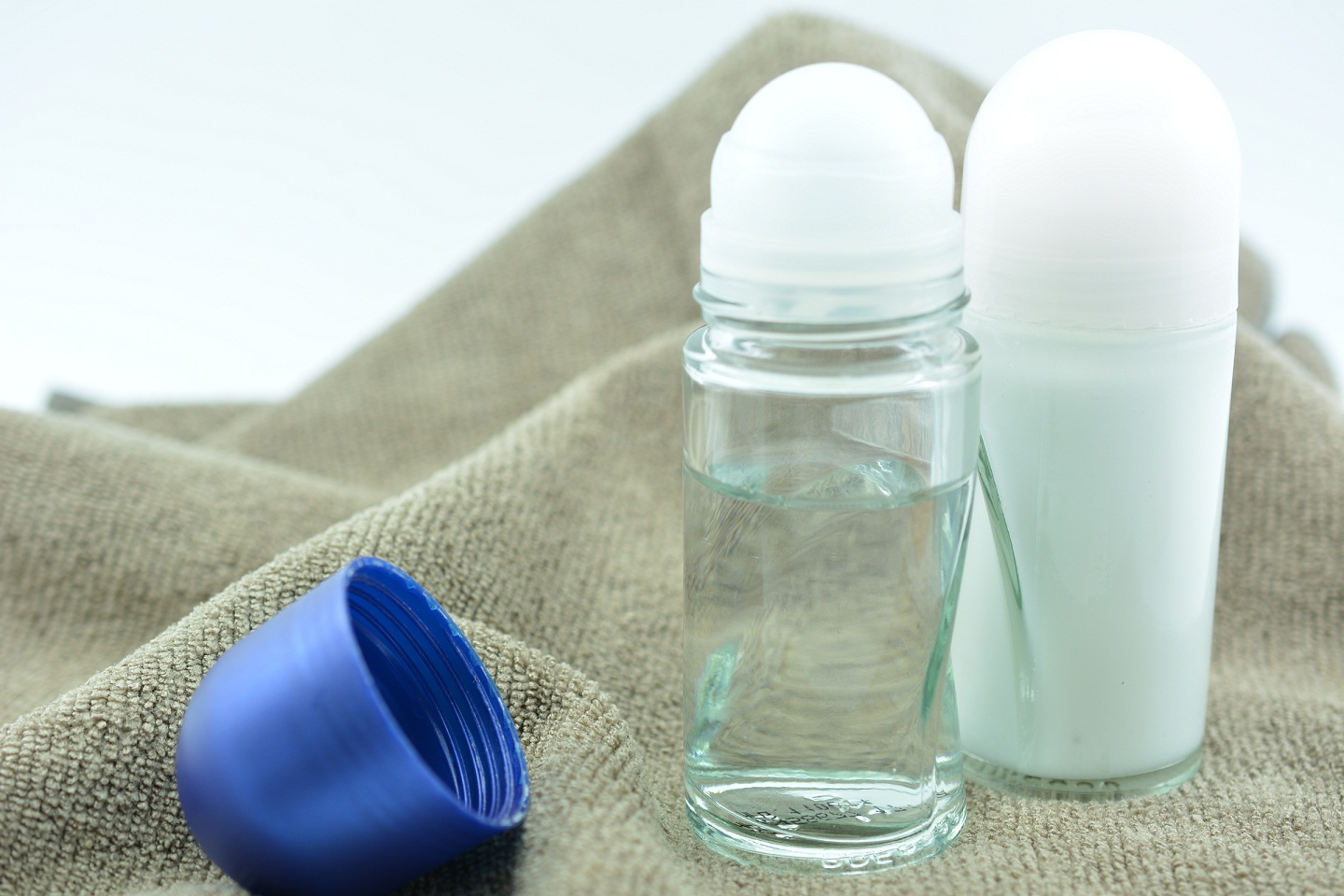 In the 1990s, there was information published linking the use of antiperspirants, underarm shaving and an increased risk of breast cancer.1 The safety concerns were particularly focused on the use of aluminum-based compounds as the active ingredient in antiperspirants.2 Aluminum temporarily plugs the sweat glands blocking the flow of sweat to the surface of the skin, which keeps armpits dry.2

Antiperspirants With Aluminum Must Be Labeled

Public health agencies and medical organizations were quick to deny the link between aluminum containing antiperspirants and cancer and labeled these concerns as “rumors” and “myths.” The U.S. Food and Drug Administration (FDA) published an article in a July-August 2005 edition of its consumer magazine, which stated:

According to the National Cancer Institute (NCI), the breast cancer-antiperspirant myth first appeared in the form of an e-mail in the 1990s, and continues to resurface and recirculate about every year or so. The false information suggests that antiperspirants contain harmful substances, which can be absorbed through the skin or can enter the body near the breasts through nicks in the skin caused by shaving. The e-mails also suggested that antiperspirants keep a person from “sweating out toxins,” resulting in the spread of cancer-causing toxins via the lymph nodes. But the NCI says that no existing scientific or medical evidence links the use of underarm antiperspirants or deodorants to the subsequent development of breast cancer. The FDA, the Mayo Clinic, the American Cancer Society (ACS), and the Cosmetic, Toiletry and Fragrance Association agree. Razor nicks may increase the risk of skin infection, but not cancer.3

The article went on to say that, “According to the ACS, sweat glands are not connected to the lymph nodes. Most cancer-causing substances are removed by the kidneys, are released through urine or by the liver, and are eliminated with feces.”3 The current ACS’s website states that it is not yet clear how much aluminum is absorbed through the skin.4

Interestingly, a few months prior to the release of this particular issue of the FDA’s consumer magazine, an FDA ruling introduced on December 9, 2004 required that all antiperspirants manufactured in the U.S containing aluminum and aluminum compounds be labeled clearly on the packaging.5 6 The ruling was implemented to warn consumers about the potential health dangers of aluminum and to warn that persons with renal dysfunction (an impairment in normal excretion of aluminum by the kidneys) to keep away from antiperspirants.5 6

Given that people suffering from renal dysfunction are warned not to use antiperspirants with aluminum, this ruling carries the implication that aluminum-based compounds do indeed absorb into the body when applied to the skin.

The antiperspirant industry, the Centers for Disease Control and Prevention (CDC), the National Institutes for Health (NIH) and the FDA continue to say there is no need to throw out your antiperspirant for fear that aluminum absorbed through the skin causes cancer but the fact remains that a link between aluminum and breast cancer has not been ruled out.7 In fact, the NIH’s National Cancer Institute website makes this very clear: “Because studies of antiperspirants and deodorants and breast cancer have provided conflicting results, additional research would be needed to determine whether a relationship exists.”2

Aluminum has not just been implicated in an increased risk of cancer. Aluminum (Al) in the body has been associated with the development of central nervous system (CNS) dysfunction, including autism and Alzheimer’s disease leading to dementia because aluminum is neurotoxic.8

In a 2009 article by Dr. Russell Blaylock and a co-author, they suggested that aluminum could be one of several neurotoxins that contribute to brain dysfunction symptoms diagnosed as  autism spectrum disorder in susceptible children. He said, “We suggest that environmental and dietary excitotoxins, mercury, fluoride, and aluminum can exacerbate the pathological and clinical problems by worsening excitotoxicity and by microglial priming. In addition, each has effects on cell signaling that can affect neurodevelopment and neuronal function.”9

Researchers from the Department of Analytical Chemistry in the School of Pharmaceutical Sciences in Japan wrote about the link between aluminum and the pathogenesis of Alzheimer’s Disease in a 2011 article. They said:

It is widely accepted that Al is a recognized neurotoxin and that it could cause cognitive deficiency and dementia when Al enters the brain and may have various adverse effects on CNS. In general, the absorption of metals by the gastrointestinal tract is widely variable and is influenced by various factors including an individual difference, age, pH, stomach contents. Recent studies using mass spectrometry of Al have demonstrated that small, but a considerable amount of Al crosses the blood brain barrier, enters into the brain, and accumulates in a semi-permanent manner. Therefore, Al can cause severe health problems in particular populations, including infants, elderly people, and patients with impaired renal functions, and unnecessary exposure to Al should be avoided for such patients.10

Aluminum in Vaccines: Assumptions of Safety

While there is growing public concern about the dangers of aluminum being absorbed through the skin via antiperspirants, with some people switching to aluminum-free deodorants or to using natural products, it is understandable why there is equally growing concern about injecting aluminum into our bloodstream via vaccines.

Aluminum is used as an adjuvant in some inactivated vaccines. Adjuvants hyper-stimulate a stronger immune response to the vaccine in an effort to produce more antibodies that confer protection.11 According to the John Hopkins Bloomberg School of Public Health, 27 vaccines licensed in the U.S. contain aluminum  in varying amounts, including anthrax, DT/Td, DTaP/Tdap, hepatitis A, hepatitis B, Hib, HPV, meningococcal and pneumococcal vaccines.12

There is no known biologic need or use for aluminum in the human body but aluminum can enter the body through the gastro-intestinal tract (such as by using aluminum cooking utensils and drinking beverages in aluminum cans), via injected aluminum-containing vaccines or kidney dialysis products, and intra-dermally from use of antiperspirants. If an individual cannot efficiently excrete the aluminum through body fluids (urine, feces, perspiration), it is deposited in various tissues, bone, brain, liver, heart, spleen and muscle.13

In 2017, researchers published an article in the journal Toxicology that investigated the toxicity of a commonly used aluminum adjuvant in vaccines. Study authors said, “Concerns about its safety emerged following recognition of its unexpectedly long-lasting biopersistance within immune cells in some individuals, and reports of chronic fatigue syndrome, cognitive dysfunction, myalgia, dysautonomia and autoimmune-inflammatory features temporarily linked to multiple Al-containing vaccine administrations. Mouse experiments have documented its capture and slow transportation by monocyte-lineage cells from the injected muscle to lymphoid organs and eventually the brain.” They found that the aluminum adjuvant was neurotoxic to mice when injected into the muscle in low doses, and commented that “the dose makes the poison rule of classical chemical toxicity appears overly simplistic.”15

On one hand, public health agencies acknowledge that further scientific investigation is needed to study the possible link between antiperspirants and breast cancer. On the other hand, they actively promote and endorse vaccines containing aluminum as safe despite the fact that aluminum is neurotoxic and aluminum adjuvants have not been thoroughly tested for safety.