How Scientific Was the Identification of the Poliovirus? 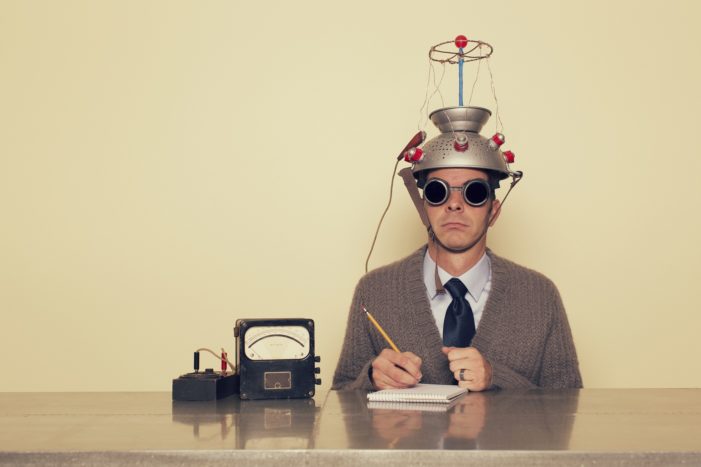 The year 1908 was a landmark year in the history of poliomyelitis, or “polio.” It was the year Austrian physicians Karl Landsteiner, MD and Erwin Popper, MD claimed they discovered the poliovirus.1 2 3 The two physicians did not actually see the poliovirus, because they did not have the technology to visually look at it under a microscope. The first electron microscope that gave scientists and doctors the ability to view viruses would not be invented for another 23 years.4 5

The discovery by Drs. Landsteiner and Popper of what came to be known as the “poliovirus” was based on a process of assumption and deduction.

As I wrote in my article “Poliovirus and Zika: What’s Past is Prologue” last year:

The scientific study of viruses—virology—did not begin until the “closing years” of the 19th century.8 9 So in 1908, when Landsteiner and Popper undertook their experiment, the science of diagnosing viral infections was still in its infancy. Although their report was not questioned by many other scientists, it is possible that the nine-year old boy Landsteiner and Popper assumed had been paralyzed by a virus had actually been was paralyzed by something else.

What Landsteiner and Popper did in their experiment was draw fluid from the spinal cord of the dead boy’s body. They filtered “preparations” from the fluid1 2—preparations described by investigative journalist Janine Roberts as a “suspension in water of minced diseased spinal cord.”10 Landsteiner and Popper injected the preparations into the brains of two monkeys, who subsequently became severely ill. One of the monkeys died. The other monkey lived but suffered paralysis in its legs.

Landsteiner and Popper subsequently dissected the monkeys and found damage in their brain tissues which looked similar to the damage found in the brains of children who had been diagnosed with infantile paralysis.

The conclusion from the experiment was that the preparations taken from the boy (assumed to have had a viral infection) and injected into the monkeys contained a virus that caused paralysis because one of the monkeys showed symptoms of paralysis. That “invisible virus,” which Landsteiner and Popper believed they had “isolated,” is what has come to be known as the poliovirus.

This is a critical question, particularly given that the Centers for Disease Control and Prevention (CDC) states: “Poliovirus only infects humans.”10

The preparations concocted by Landsteiner and Popper could have contained any number of harmful ingredients that may have produced neurological damage. As Roberts pointed out:

The fluid they injected must have contained much human cellular debris, any toxins involved in the child’s illness, and probably several kinds of viruses. So, it was no wonder the monkeys fell so desperately ill.11

Is it possible that the death of one of the monkeys and the paralysis of the other monkey were not caused by a virus, specifically a virus that came to be known as the poliovirus? The monkeys’ brains were injected with foreign cellular tissue, unfiltered toxins from whatever plagued the nine-year old boy. The tissue probably contained any number of viruses and bacteria. How could Landsteiner and Popper definitively conclude it was one specific virus that killed one monkey and paralyzed the other? Could the large syringe itself that they used have caused serious nerve damage or internal bleeding?

In 1990, John C. Polanyi, PhD, a Hungarian-Canadian chemist who won the 1986 Nobel Prize in Chemistry, questioned how any scientist could “credibly claim that injecting cellular debris into the skull of a monkey proves a virus to cause polio?”12

Dr. Polanyi did not believe that Landsteiner and Popper and other infantile paralysis researchers, who followed up their work, such as Gilbert Dalldorf, MD and Grace M. Sickles, MD of the New York State Department of Health in 1948-49, had succeeded in isolating a virus that caused infantile paralysis, such as poliovirus or any other kind of virus. He stated:

From all I read, I was forced to conclude that these ‘scientists’ shared a doctrinal conviction that the cause of polio must be a particular virus and could be nothing else. They routinely described as ‘isolated virus’ what was nothing much more than fluid from a cell culture contaminated with many diverse particles and possibly toxins. What else but an irrational belief in a theory could so blind these scientists?12

It was on this work by Drs. Dalldorf and Sickles that the legendary Jonas Salk, MD based his development of world’s first injectable inactivated polio vaccine in 1952. And Polanyi was not the only scientist or physician who expressed serious concerns about the scientific methods of researchers trying to develop polio vaccines.

According to Polanyi, polio research pioneer and bacteriologist Claus W. Jungeblut, MD had “critically stated that such ‘viral isolates,’ including those developed by Salk and other vaccine scientists, had not been proved to cause polio—as they had not been shown to give monkeys the disease found in human cases of infantile paralysis—and thus had failed to meet the Koch Postulates.”11*

Dr. Jungeblut believed that those viral isolates thought to be the poliovirus that caused paralysis in humans were more of a “laboratory artifact” than the real thing. In 1950, Jungeblut stated: “Whatever the final answer may be, it seems a reasonable statement at this time that the highly specialized, neurotropically fixed virus, which has been maintained in the past by intracerebral passage in rhesus monkeys, is more likely a laboratory artifact than the agent which causes the natural disease in man.”13 14

Although the existence of a poliovirus that cripples children is widely accepted today, the science used more than a century ago to identify the cause of infantile paralysis is based on very questionable science. The difficulty in “eradicating polio” with a vaccine after more than 60 years of global mandated use, raises even more questions.

* The Koch Postulates, developed by German physician and bacteriologist Robert Koch, MD are four basic criteria that must be met to prove that “a disease is caused by a specific organism.” These four criteria are: 1. A specific microorganism is always associated with a given disease. 2. The microorganism can be isolated from the diseased animal and grown in pure culture in the laboratory. 3. The cultured microbe will cause disease when transferred to a healthy animal. 4. The same type of microorganism can be isolated from the newly infected animal.15

9 Responses to "How Scientific Was the Identification of the Poliovirus?"