Interview: WHO’s Revised Norms are Allowing the Use of Unsafe Vaccines 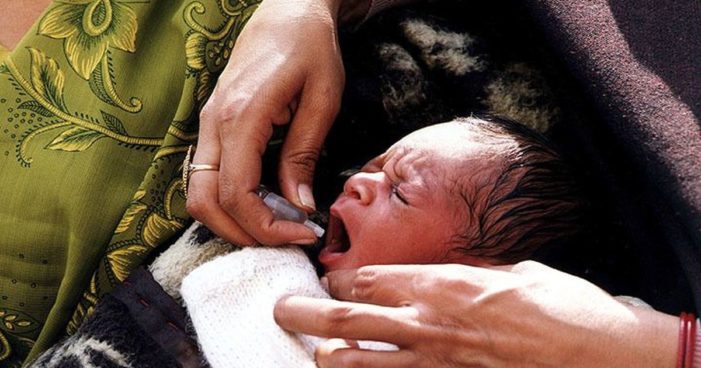 Even as India plans to introduce new vaccines into its national immunization program, two public health experts have flagged serious flaws in international standards adopted in 2013 to assess deaths that may occur from adverse reactions to vaccinations.

An Adverse Event Following Immunization or AEFI is an untoward medical occurrence that follows immunization. In the old system of classification of AEFIs, called the Brighton classification, if illness or death occurred soon after a vaccine was administered and no other cause of death could be found, then the death was termed as “possibly” or “probably” caused by the vaccine.

The World Health Organization has revised the definition of AEFIs to say that an event can only be related to vaccination if there is previous epidemiological evidence that such a reaction was caused by the vaccine. In the case of newly introduced vaccines this means the reaction must have been seen in the small randomized trials done in a few thousand children. Some reactions are rare and to pick them up Phase 4 trials are done which is otherwise called post marketing surveillance. Here the vaccine is given to the general population and rarer reactions are picked up in post marketing surveillance. The new guidelines will allow all deaths after vaccinations seen in post marketing surveillance to be classified as “coincidental” or “unclassifiable”.

Dr. Jacob Puliyel from St. Stephens Hospital in Delhi and Dr. Anant Phadke who works with the All India Drug Action Network have written a letter in the Indian Journal of Medical Ethics that points out that according to these revised AEFI guidelines an event can be attributable to vaccine if there is no other intervening factor. Puliyel pointed out that by this criteria, deaths after vaccination in children with malnutrition can all be ignored and cannot be “solely attributable to vaccine with no other factor intervening”.

Puliyel and Phadke say that this will encourage the use of unsafe vaccines, which is dangerous in countries like India where post-marketing surveillance–surveillance after clinical trials, regulatory clearance and marketing of the vaccine–is already poor. The authors cite data from India’s health ministry, which states that between 2012 and 2016, India’s National AEFI committee recorded 132 serious AEFI cases, in which 78 people were hospitalized and survived but 54 died. About 50 percent of those who survived were classified as having had reactions to the vaccine. Not a single death was recorded as being related to the vaccine.

Puliyel spoke to Scroll.in on the need for a transparency in classifying deaths following immunization. Here are excerpts of that conversation.

How is the WHO classification for vaccine-related death flawed?
In the old scheme called the Brighton classification of Adverse Events Following Immunization, if A (AEFI) happens soon after B (vaccination) and there is no alternate explanation for A having happened, then A was considered “probably” related to B. It is simple common sense.

Phase 3 trials of vaccines are usually done as randomised placebo-controlled clinical studies, in a limited number of patients–probably a few thousands. However, it is well known that serious AEFIs–deaths, for example–are very rare and less than one person in 1,000 dies of such a reaction. No statistically significant increase in such serious AEFIs may be seen during the small phase 3 trials, if your study population is only 1,000.

In the new scheme all such reactions seen in the larger phase 4 trials will be classified as mere “coincidental” events if they were not seen in the phase 3 trials. Therefore, such AEFIs will never be attributed to the drug, according to their new and completely flawed reasoning. It is as if post marketing surveillance has suddenly been made redundant.

How should we assess a death following vaccination? We regularly hear claims that vaccine was not a cause for the death as other children who took the vaccine are alive.
Every time there is a death after vaccination, we have WHO-trained experts saying that because the other children who received vaccine from the same vial did not die, this death cannot be due to the vaccine. This is illogical but this seems to satisfy the lay press.

If you eat at a hotel and everyone on the table starts vomiting soon afterwards, we understand it may be food poisoning. Suppose shell-fish was served and one person in a group of ten has an allergic reaction and collapses while the others have no reaction, would you say that because the other nine did not react to the shell-fish the shell-fish cannot be the cause of the anaphylaxis.

Deaths due to vaccines are a form of allergic reaction. Not everyone reacts the same way and an adverse reaction may be seen only in one person among a thousand. If nine children receiving vaccine from one vial had no reaction to the drug, it does not mean the one person who died is merely faking the reaction. He has died of an adverse reaction to the drug and these needs to be acknowledged.

What are the limitations of the new WHO classification?
Parents of children who died after administration of the pentavalent vaccine have reported to me of their children crying inconsolably soon after vaccination and then having seizures–continuous and intractable seizures–before they died. Convulsions are a known adverse reaction to vaccination. If a child survives, the convulsions are attributed to the vaccine because convulsions are acknowledged as a known adverse reaction to the vaccine. If a child died due to continuous convulsion , it is labelled as a “coincidental death” (and not a death related to vaccine) because death is not an acknowledged side effect of the vaccine. This has happened repeatedly but each death is erased as “not related” and then health authorities can claim that no death has ever been reported related to the vaccine, even after extensive phase 4 trials in millions of children.

Why would the WHO allow a system of classification that does not allow any death to be attributed to vaccines?
That is a question you need to ask the WHO. What we know is that the new AEFI classification acknowledges right at the beginning that it borrows concepts and definitions of the CIOMS WHO committee on pharmacovigilance. (CIOMS is the Council for International Organizations of Medical Sciences). Nineteen of 40 members of the CIOMS WHO committee on pharmacovigilance who wrote this report were merely representatives of the vaccine manufacturers. There is a need to check who constituted this committee so ridden with conflicts of interest.

I am aware vaccines helped eradicate smallpox. I am a pro-vaccine person myself. But vaccine must be safe. Vaccines are given to healthy kids and not sick children. It is not acceptable that a perfectly healthy child should die getting a vaccine for a relatively minor disease like Haemophilius pneumonia which is eminently treatable with antibiotics.

Now if you admit that the vaccine can kill one healthy child in 10,000, suddenly you will find there is no enthusiasm among people to get their children vaccinated–definitely not for vaccines against mild diseases like Rotavirus and Haemophilius pneumonia. . This is why they perhaps feel the need to hide the truth of these deaths. But that is not honest science and not fair to the parents.

If the new classification continues, will it allow the entry of unsafe vaccines in the community?
It already has. That is what the analysis of the 132 AEFIs shows.

Note: This article was reprinted with permission. It was originally published by Scroll.in.

3 Responses to "Interview: WHO’s Revised Norms are Allowing the Use of Unsafe Vaccines"