The Smallpox Vaccine Was No Silver Bullet 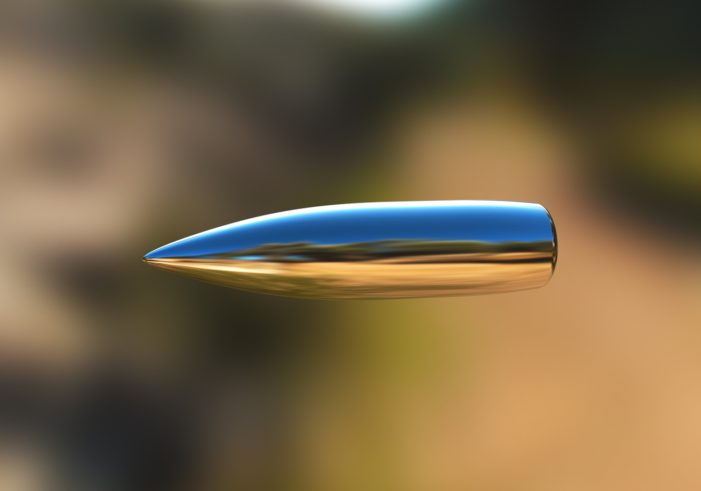 Modern beliefs and opinions about the validity of vaccine science are based on the thinking and observations of British physician Edward Jenner (1749-1823). Jenner’s experiments during the late 18th century, when he was searching for a way to prevent smallpox, gained for him widespread fame as the father of immunology.1 2

Jenner formulated his theory of vaccination based on a hunch he had after hearing rumors about dairymaids in England being protected against smallpox after having contracted cowpox. It is reported that Jenner overheard a dairymaid say, “I shall never have smallpox for I have had cowpox. I shall never have an ugly pockmarked face.”3

In order to test the theory, on May 14, 1796, he removed some fluid from a dairy maid named Sarah (Nelmes) and then injected it into the arm of James Phipps, a healthy 8-year old boy. … Phipps contracted cowpox, and six weeks later Jenner injected him with smallpox, in which he took the fluid from an actual pock. When James did not come down with smallpox, Jenner concluded that cowpox protect the human constitution from the infection of smallpox. This indeed is the entire basis upon which the entire field of vaccination rests.4

What is seldom mentioned in the popular retelling of this story is that Jenner re-vaccinated James Phipps 20 times, and that Phipps died of tuberculosis when he was 20 years old. Jenner also vaccinated his 11-month-old son Edward at least twice.4 5 6

Young Edward Jenner was reported to have had a bad reaction to the smallpox vaccination his father gave him and shown signs of “mild mental retardation.”6 7 He also succumbed to tuberculosis when he was 21 years old.4 5 6

It is interesting to note that tuberculosis has been linked to the smallpox vaccine.4 5 9 Alexander Wilder, MD, professor of pathology and former editor of The New York Medical Times said in the 19th century:

Vaccination is the infusion of contaminating element into the system, and after such contamination you can never be sure of regaining the former purity of the body. Consumption follows in the wake of vaccination as certainly as effect follows cause.10

Vaccine science hasn’t changed much in the 221 years since Jenner’s hunch led to the mass production of smallpox vaccine and government-led mandatory vaccination campaigns. Vaccinology is one of the few fields of science that has not advanced much. I was reminded of this when I read an article by Frank Morring titled “Spacecraft Data Show Change Is Universal” in the Nov. 18, 2015 edition of Aviation Week & Space Technology magazine. Morring wrote:

The history of science has been marked by a long, slow process of moving Earth out of the center of the Universe. Copernicus put the Sun there in the 16th century, drawing on earlier work dating at least to Hellenistic Greece. Since then, our home planet has migrated in human understanding to its present place as a small rocky body among others, orbiting a commonplace star among countless other stars in countless other galaxies.

Strangely, there remains an inflexible insistence that we accept Jenner’s 18th century science as “settled science,” even though there is more than enough 19th, 20th and 21st century science to question the universal assumption that Jenner got it right.

B. P. Allinson, MD, a member of the Royal Academy of Surgeons in England suggested in 1883 in London’s Vaccination Inquirer and Health Review that Jenner’s vaccination science was based on a distorted logic. He is reported to have written:

Jenner introduced vaccination nearly a hundred years ago. He said, or others said for him, that people who contracted cowpox could never contract smallpox. In spite of innumerable proofs that smallpox does follow cowpox, we find the statement repeated as if it had never suffered contradiction. If a person be vaccinated and does not take smallpox, it is held that he has been saved from smallpox by his vaccination; but if he does take smallpox, then it is said there must have been something wrong with the virus, or some defect in its administration. In short, whatever is wrong, vaccination must be right, and there is no possible failure which, on such terms cannot be explained away.12

Allinson’s concerns about Jenner’s theory of vaccination may have been influenced by the smallpox mortality statistics in England during the mid 19th century, which skyrocketed after the introduction of smallpox vaccine.  According to Dr. William Farr, Compiler of Statistics of the Registrar-General in London:

Roman Bystrianyk and Suzanne Humphries MD noted that from 1859 to 1922, “official deaths related to [smallpox] vaccination were more than 1,600 in England and that from 1906 to 1922 the recorded deaths “from smallpox vaccination and smallpox were approximately the same.” In the United States, the last death from smallpox occurred in 1948. Since then, there have been between 200 and 300 deaths in the U.S. attributed to the smallpox vaccine.13

There is an abundance of historical data that shows the smallpox vaccine was not the “silver bullet” that many believe was solely responsible for saving the world from the scourge of smallpox. To the contrary, the vaccine may have done more harm than good. There were many smallpox epidemics in Europe during the second half of the 19th century in which the vast portion of those who died from the disease had been vaccinated.13 By 1901, more people in the United Kingdom had died from the smallpox vaccine than from the disease itself.14

Perhaps the most famous example of a case in which a large community was highly vaccinated against smallpox due to mandatory vaccination laws but still suffered a severe outbreak of the disease was the city of Leicester, England in 1872. Bystrianyk and Dr. Humphries write that after that outbreak the people of Leicester, “voted out of power their town government, and replaced it with one which created a smallpox safety system: laws were passed which made vaccination voluntary, established a rapid notification and quarantine system, including specially trained personnel and comfortable quarantine facilities for anyone exposed to the index (initial) case.”

The method, known as the “Leicester Method,”15 worked.

When during 1880-1908 the City of Leicester in England stopped vaccination compared to the rest of the UK and elsewhere, its survival rates soared and smallpox death rates plummeted.14

According to the World Health Organization (WHO), smallpox was “eradicated in 1980 following a global immunization campaign led by the [WHO].” This is one version of history, and it is certainly the one that has been popularly adopted.16 However, that retelling of history is a myth. It did not happen that way. There is plenty of data pointing to other factors that led to the decline of smallpox in the late 19th and early 20th centuries such as improved sanitation and nutrition due to economic development and overall higher standards of living.

In the end, perhaps the most important factor that enabled the WHO to declare the eradication of smallpox was the strategy of surveillance/containment, which was the “foundation” of the “final phase” of the global smallpox eradication campaign.17 In 1968, epidemiologist Donald Henderson, MD of the Centers for Disease Control and Prevention (CDC) called surveillance the “single-most important component of the present global [smallpox] eradication effort.” Dr. Henderson directed the international effort to eradicate smallpox from 1967 to 1977.18

The surveillance/containment strategy was put in practice in earnest beginning in 1966, largely through the efforts of epidemiologist William Foege, MD in Nigeria during major outbreaks of smallpox there.18 Faced with a shortage of smallpox vaccines, Dr. Foege  employed surveillance and containment techniques that succeeded in stopping the spread of the disease relatively quickly. “In almost every geographic area where smallpox was diagnosed, it was gone in 12 to 24 months,” stated Dr. Foege.19

Dr. Foege had to struggle to have his strategy of surveillance/containment accepted. Apparently, many of Foege’s fellow field workers involved in mass vaccination programs in developing countries thought the strategy, despite its proven success, to be a “typical, cracked-brain headquarters scheme, completely out of touch with reality.”19

Despite evidence to the contrary, it is almost impossible to budge vaccine enthusiasts from the “vaccines saved us from smallpox” belief system. As co-authors Bystrianyk and Humphries wrote in 2013:

The fairytale legend of a country doctor making a discovery that saved the world from the devastation of smallpox is a fundamental medical belief that continues to be echoed by indoctrinated and naïve doctors whenever vaccines are challenged. Smallpox vaccine, in the minds of medical professionals remains a pillar of their vaccine faith. But the true history shows us a different reality.13

And so we remain locked into this 18th century vaccine science mindset. Many people continue to believe that vaccination is the center of the universe when it comes to health and the prevention of disease. But the idea is as odd and almost as old as believing all the trillions upon trillions of heavenly bodies in the cosmos revolve around our little planet.

20 Responses to "The Smallpox Vaccine Was No Silver Bullet"