Fever is Not an Enemy 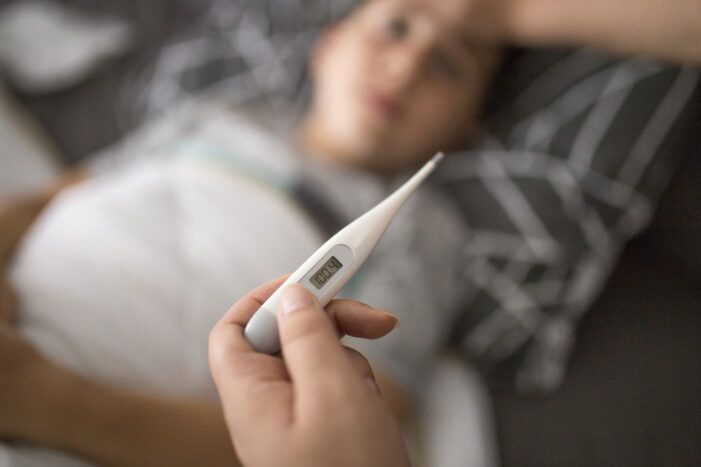 One of the most common recommendations for fever is to alleviate it by giving Tylenol (acetaminophen). Although may sometimes be unpleasant to experience fever or to care for a feverish child, it is important to understand that fever itself is a symptom of the body’s immune system fighting an infection or illness.

Defined as “a temperature of 100.4°F (38°C) and higher when taken rectally,” fever generally reflects a normal immune system response and indicates that the body is mounting an inflammatory assault against the “invaders.”1

Several benefits of fever have been identified: A higher than normal body temperature provides a less hospitable environment for many temperature-sensitive pathogenic viruses and bacteria. The elevated temperature also stimulates both the innate and the adaptive branches of the immune system, improving the recruitment and activity of many types of immune system cells and serving as a type of “systemic alert system” in the presence of infection or disease.2

Mechanically reducing fever via medication has been associated with a five percent increase in incidence of death from influenza, and also has been found to have a negative effect on outcome for hospitalized patients in intensive care.3

Acetaminophen is Not Without Risk

While there are widespread reminders that aspirin must not be given to children because of its rare association with Reye syndrome, the dangers of acetaminophen are downplayed, and it remains the treatment most often recommended for treatment of fever in children. Yet, the truth is that this common over-the-counter medication has a number of characteristics that can make it a dangerous drug.

Acetaminophen is a pervasive drug that is present in numerous combination medications in addition to single-agent pain and fever-reducing like Tylenol. It is estimated that some 52 million people in the United States use an acetaminophen-containing medication every week, close to a quarter of the population.4

As acetaminophen is considered safe for use during pregnancy and for small children, it is easy to understand why label warnings about dose limitations are taken lightly. However, habitually taking even a small amount over the recommended maximum daily dosage of 4,000 mg may lead to serious liver damage over time (one extra strength Tylenol pill contains 500 mg).

It has been reported that intentional or accidental overdose of acetaminophen is responsible for as much as 50 per cent of overdose-induced acute liver failure in this country, and for 20 percent of liver transplants.5 The Federal Drug Administration (FDA) has also issued warnings that acetaminophen may rarely cause one of three different types of serious skin infections that can lead to disfigurement or even death.6

Cellular Glutathione is Depleted by Acetaminophen

One of the factors that make acetaminophen so dangerous, especially for children, is its impact on the body’s glutathione levels.

Glutathione is a small but powerful protein comprising three different amino acids and has been dubbed “the body’s own master antioxidant.” Glutathione plays an important role in more cellular functions than can be covered in this article but includes such critical activities as cell growth, division, and repair; enzyme activation and function; transport of amino acids and other cellular substances; metabolism of toxins; and protein synthesis. It is at the core of healthy immune system response, both enhancing cellular activity and protecting the immune system cells.7

Studies have shown a dose- and time-sensitive association between acetaminophen use and depletion of intracellular glutathione levels. Depleted levels of glutathione in turn decrease the cell’s ability to process toxic free radicals.8

Combination of Acetaminophen and Vaccination is Dangerous

Giving Tylenol routinely to children to prevent fever following vaccination may be particularly dangerous as it reduces the body’s ability to process the injected toxins. It also has been recognized since 2009 that acetaminophen reduces the immune system’s ability to mount a strong response to the vaccine.9 10

Increasing evidence supports the “let it ride” theory about fever: Except under specific circumstances, as when a fever is dangerously high, the body has the ability to fight infection with fever, one of its oldest and most enduring tools.11

4 Responses to "Fever is Not an Enemy"