The ‘Vaccine Court’ Is Hazardous to Your Health 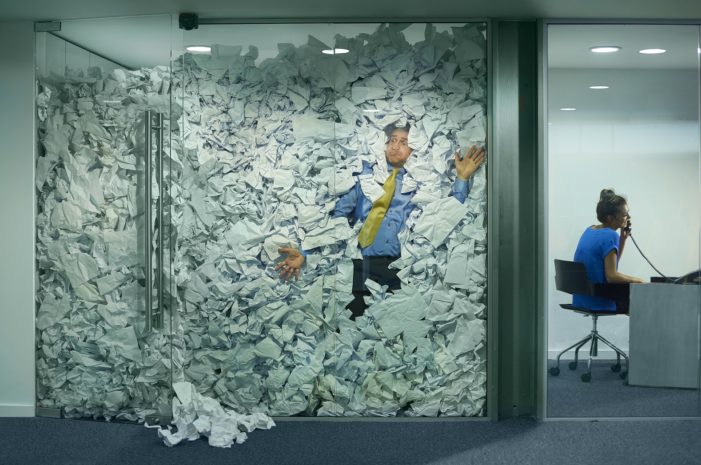 The vaccine-industrial complex has created a Kafkaesque system.

The National Childhood Vaccine Injury Compensation Act was passed in 1986, under the shadow of multi-million dollar jury verdicts against the makers of the Diphtheria Pertussis and Tetanus (DPT) vaccine. Congress announced that vaccine injuries and deaths are real and provided that vaccine-injured children and their families would be financially compensated. Part of the larger Vaccine Act, the Vaccine Injury Compensation Program (VICP) was modeled after workers’ compensation programs. It was to be a “no-fault” program.

Very well. As one of the earliest “vaccine attorneys”—a very limited practice niche—I know first-hand it didn’t work that way. I practiced in the National Childhood Vaccine Injury Compensation Program for more than 25 years after its inception in 1988, and have been personally involved in over 100 vaccine-injury cases. I represented an entire fragile population in omnibus proceedings. I was able to obtain reversal in the Federal Circuit Court of Appeals of the denial of compensation to a vaccine-injured child in a case that the government appealed to the United States Supreme Court as Shalala v. Whitecotton. It was the only Vaccine Act case to be argued before the United States Supreme Court until Sebelius v. Cloer in 2013, where I was co-counsel for the vaccine-injured petitioner, and guided the attorneys-fees litigation that the Supreme Court upheld on review against the government’s objection. I have seen the injured and their families cruelly oppressed.

From the passing of the legislation in 1986, the process has been rigged, one major step at a time, in favor of the vaccine-industrial complex. Policy makers nationwide are yearning, with financial support and lobbying from the pharmaceutical industry, for mandatory vaccination. Before further compulsory vaccinationlegislation passes—on a state or federal level—the failure of the VICP must be acknowledged and properly addressed. The VICP creates a classic moral hazard, granting immunity from suit to the vaccine industry while providing insurance against any loss. The vaccine-industrial complex has become a thriving giant; according to a 2013 report presented by the Pharmaceutical Research and Manufacturers of America, nearly 300 vaccines were reported to be in development. Its lobbying money drives agency denial of the reality of vaccine injury, which in turn permeates policy decisions in a sinister fashion.

The Act originally provided for compensation petitions in the closest federal district court. The federal court would appoint a “special master,” with consent of the parties, to review the medical records and to recommend a decision for the court. The entire compensation process, even with court review, would only take 240 days. The “no-fault” outlook was designed to compensate even apparent vaccine injuries. Congress stated that compensation awarded “quickly, easily, and with certainty and generosity” would instill confidence in the vaccine effort. It all was too good to be true.

The so-called vaccine court is not what activist parents thought they had achieved. In the new tribunal that arose, no decision would be a precedent for the next. Inconsistent results would be acknowledged, accepted, and ascribed to differences in “world view.” The injured and their counsel (the latter economically oppressed by the program’s prohibition against private attorneys fees) encounter a Kafkaesque system. There is no institutional memory of the favorable decisions. Counsel find (and have empirically verified) that the choice of special master will tend to determine whether the petition for compensation can succeed, or will fall. “Risk” settlements are the predominate type of awards. A very small petitioners’ bar litigates against a determined and aggressive opponent to find an inadequate measure of justice. Limits on general damages and death enacted in 1986 are still the same. And the program churns on, taking years to litigate any meaningful issue. The injuries continue, and awards continue to be made, practically in secret.

The 1986 blueprint for quick relief did not even make the starting line. Before a single claim was filed, a barely publicized amendment removed vaccine injury jurisdiction from the Article III federal judicial branch and placed vaccine injuries into the Court of Claims. Renamed as the Court of Federal Claims, it is a “legislative court” under Article II. In constitutional terms, it is an executive branch agency.

By the time the VICP opened in 1988, eight “special masters” had been hired to preside in Washington D.C. over every vaccine injury case. The compensation tribunal was self-invented, and speedy adjudication was out the window. Hundreds of petitions were filed the day the doors opened. Thousands followed. Each master acquired a caseload of hundreds of cases. Many of the initial petitions were still pending ten years later.

The Department of Health and Human Services neglected its statutory duty to publicize the program. The original statute of limitations had to be extended. A flood of late petitions were filed by families that could not find counsel to file in time. In fact, a large percentage of the initial cases were filed simply because the families had learned about the Act from an article written by my law partner and I, that was published in the September 1989 issue of Exceptional Parent Magazine.The DOJ began to vigorously litigate against the injured. In 1989—ironically, with the stated goal of cooling the litigation—came an even worse constitutional blunder. “Technical amendments” formalized the new “Office of the Special Masters.” Congress vested this new “vaccine court” with rulemaking power, and with the unfettered discretion of a trial court. No longer did the masters “recommend.” Now, they adjudicated. The “inquisitorial” format, with none of the due process safeguards of the civil justice system, serves to protect the secrets of the vaccine industry. The record created in a proceeding is hidden from non-parties.

A state of symbiosis arose between the agency tribunal and the public health bureaucracy. These sister agencies appeared to regard families of the injured as criminals, trying to steal the government’s money. The vaccine court quickly developed an institutional hostility toward doctors and scientists who dared to challenge the orthodoxy of vaccine medicine. Doctors willing to help petitioners were criticized for being too eager to “blame” the vaccines. An unspoken premise is ever-present: to acknowledge vaccine injury is to undermine public acceptance, and to threaten “herd immunity.” The public health agenda is the tribunal agenda and the DOJ agenda as well.

As hundreds of early awards were being made under the “Vaccine Injury Table,” the government had an entrenched position: the program bureaucracy, represented by the DOJ, insisted that the Table’s listed and defined immediate-onset injuries “would have happened anyway.” And suddenly there came an administrative coup, accomplished by overt agency legislation.

The Act empowered the Secretary of Health and Human Services to “amend” the Vaccine Injury Table, and in 1995 the Table was eviscerated. The underlying concepts written into the VICP were abandoned and repudiated. No longer were DPT and MMR vaccines presumed to cause immediate brain injuries following vaccination. “Actual causation” instantly became the standard for recovery. Every case would now be litigated with expert witnesses, with the tribunal in firm control of the petitioners’ available resources.

The modern proponents of a restricted administrative state would be appalled. One wonders how much a newer Supreme Court would defer to the 1995 outlook that this was not a separation of powers problem, and not a violation of the Presentment Clause. And even this does not define the worst constitutional defect.

In passing the VICP, Congress created an insurance remedy. But the private rights of injured children previously could have been the basis for a civil injury action in state courts. The right to seek justice and a civil damages remedy has been supplanted by a statutory entitlement to share in a fund, paid by a 75-cent tax on every vaccine. This substitution of remedies cannot be reconciled with the constitutional right to a jury trial.

The Seventh Amendment jurisprudence of the Supreme Court requires a jury trial whenever private rights are passed-upon judicially. And judicial remedies are adjudicated in Article III federal courts. Only if the compensation Program was just an alternative remedy, would there be no Seventh Amendment violation. But the Supreme Court’s 2011 decision in Bruesewitz v. Wyeth told the vaccine-injured community—the original advocates for the Act—that their court remedy had not been preserved. The immunity finding was an astonishing judicial coup on the part of Wyeth.

Curiously, an injured petitioner can “elect against” the compensation program (in favor of what, nobody knows) any time after the 240-day limit has expired. And the Act even provides that a petitioner must “elect against” a vaccine court judgment to preserve the right to a civil action. Yet there is no meaningful civil remedy. The vaccine court is used by the vaccine program—ostensibly in service of the “public health”—as a forum to prove that there is no such thing as a vaccine injury. “Confidence” in the safety net has been subordinated to the promotion of false confidence in the vaccination effort itself.

The moral hazard of the vaccine program reflects failure of the traditional checks and balances. The evolution of the program demonstrates how oppression can occur when legislative power is vested in the executive branch. It reflects how the delivery of justice will suffer when judicial power is diverted away from the Article III courts of law. It reflects the danger of vesting that judicial power within the executive branch. Most of all, the entire system embodies the way that the lack of accountability leads to increased risk.

Today, the proponents of compulsory vaccination in state legislatures have the temerity to tell their colleagues that there is no such thing as a vaccine injury. This claim emboldens a potential assault on the American family, and against the right of medical choice and informed consent. The “public health” cannot be served to allow government officials to make the risk-benefit calculation for their most vulnerable constituents when those decisions are corrupted by the fiction that their decision has no potential for negative consequences.

Note: The article was reprinted with the author’s permission. It was originally published by the The American Conservative. Robert Moxley is a sole practitioner in Cheyenne, WY. He has defended the right of conscientious and religious objection to mandatory vaccination in federal courts across the United States.

5 Responses to "The ‘Vaccine Court’ Is Hazardous to Your Health"