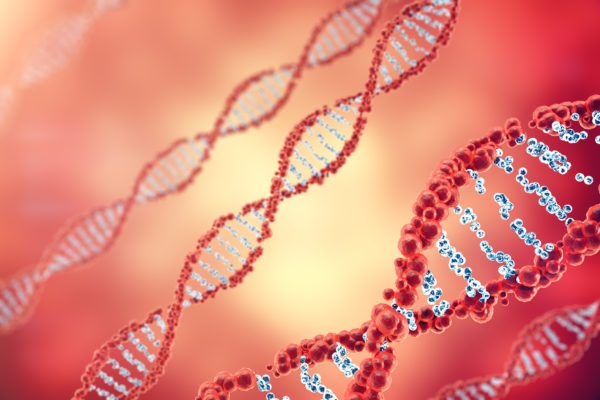 Methylenetetrahydrofolate reductase (MTHFR) is a gene that is responsible for producing an enzyme that converts folic acid to methylfolate, a bioavailable form of vitamin B9. Nutrient deficiencies of Vitamin B6, B12, and folate increase homocysteine levels which causes inflammation in the body. The ability of this gene to turn this switch on or off is crucial for the production of glutathione, the body’s most important antioxidant.

Glutathione plays a major role in the body’s detoxification of harmful, disease-causing toxins. When the body’s ability to produce glutathione is decreased, secondary to genetic mutations like an MTHFR mutation, the disease process is enhanced due to the build-up of toxicity in the body. Disorders such as autism, ADHD, autoimmune diseases, multiple sclerosis, fibromyalgia, heart disease, addiction, and miscarriages have been linked to MTHFR mutations.
Glutathione’s key role is the maintenance of intracellular redox balance (oxidation-reduction) and the detoxification of xenobiotics (a chemical or substance foreign to the body).

A defective MTHFR gene creates a vulnerability to disease processes as detoxification is impaired, leaving the body more susceptible to oxidative stress, and less tolerant of toxins such as heavy metals.

When the function of the MTHFR gene is impacted by a genetic mutation, individuals may be at risk for a variety of health conditions, primarily due to the disruption of the methylation cycle. Methylation and demethylation act as on/off switches in the body that control all functions of the immune system, such as how the body fights infections and viruses, to regulation of the immune response.

How Common is It?

While the science is still out on the prevalence of MTHFR mutations, some say at least 40 percent of individuals and as high as 90 percent of children with ASD carry one mutation. Mutations come in various forms and some are more problematic than others. If one parent passes on a mutation of either the C677T or A1298C gene, an individual will have a heterozygous MTHFR mutation of either gene. If both parents pass on C677T or A1298C, the individual would have a homozygous mutation. In rare cases, a combination occurs whereby one parent passes on C677T and the other parent passes on A1298C. Both the homozygous and combination mutations have the greatest effect on a person’s ability to produce glutathione. However, a single mutation of either gene also needs to be considered a risk factor and should be treated accordingly. Methylation can be decreased by 30 percent in those with a heterozygous mutation and up to 70 percent in those with homozygous MTHFR mutation.

In children with ASD, the heterozygous allele frequency occurred in 56 percent of children in one study, whereby the frequency was significantly lower in the control group (41 percent). This could indicate that the there is a genomic vulnerability in the folate pathway to environmental risk factors.

Although a review of the research indicates conflicting analysis, some studies show an association exists between MTHFR polymorphisms and an increased risk of ASD, suggesting the modulating role of folate may be affected by the MTHFR genotype.

Another study suggests that the enhanced maternal folate status before and during pregnancy may alter natural selection by increasing survival rates of fetuses who have an MTHFR mutation. Presumably, infants with an MTHFR polymorphism cannot maintain the higher folate status after birth, affecting neurodevelopment from the inability to detoxify environmental toxins. For example, individuals with ASD have been shown to have higher levels of heavy metals in their blood, leading researchers to believe that the MTHFR polymorphisms may be partly responsible for increasing their toxicity. While an association is likely, it is unlikely that this mutation is solely responsible for complex neurodevelopmental disorders and more probable that influencing co-factors exist. While more studies need to be conducted, the literature indicates there are opportunities for preventative diagnostics and treatment.

MTHFR mutations can be identified through DNA methylation pathway profiles; however, it is not routinely tested unless there is a family history of a polymorphism, cardiovascular disease, thrombosis, or, if homocysteine levels are elevated. Genetic testing kits such as 23andMe are also being used by individuals to learn of their genetic vulnerabilities.

A simple blood test can check for elevated homocysteine levels which would indicate problems with methylation and the possibility of an MTHFR mutation.

Folic acid is a beneficial supplement for the general population; in fact, fortification of wheat with folic acid is mandatory in the US.

Unfortunately, individuals with MTHFR mutations run the risk of toxicity since this synthetic form of folate is not readily converted to the usable form, L-methylfolate. This problem is two-fold.

Firstly, if 40 percent of individuals potentially carry mutations and most are yet unaware, it is mistakenly presumed that fortified foods are contributing to the recommended daily allowance of folate. More importantly, excess synthetic folic acid could become toxic to those with MTHFR mutations. This is especially critical for pregnant women who are prescribed folic acid supplements to prevent neural tube defects. On one hand, they are prescribed folic acid to prevent birth defects, however, if they carry the mutation, they are not necessarily preventing birth defects, and the folic acid can also cause toxicity. Similarly, once the baby is born, if they unknowingly are a carrier, they are more vulnerable to the effects of environmental toxins as their ability to detoxify is impaired. This is especially problematic if underlying genetic defects can be triggered by environmental exposures.

Given that this mutation is associated with numerous illnesses from having a high toxic body burden, a simple DNA methylation pathway profile test can allow individuals to make better healthcare decisions for themselves and their children and should be recommended for all.

Note: This article was reprinted with permission. It was originally published by Focus for Health.