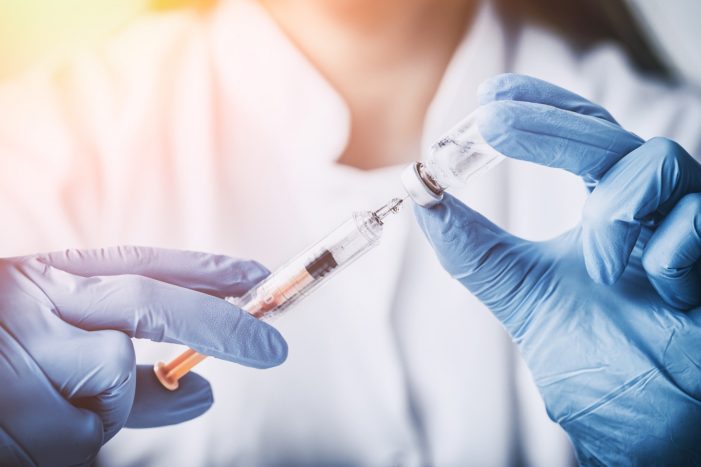 It is not surprising mainstream scientists are vaccine absolutists who vilify anti-vaccine activists given that their medical centers, hospital wings, universities and sometimes personal paychecks are funded by Pharma. What is surprisingly is that progressive news sites that challenge government pronouncements on every other level also vilify anti-vaccine activists as “unscientific.”

Neither mainstream or progressive news sites want to acknowledge the existence of the federal National Vaccine Injury Compensation Program (VICP) which, since 1988, has settled more than 16,000 claims and awarded $3.18 billion in injury settlements. When I asked a vaccine expert why the court existed if vaccines are unremittingly safe he told me that vaccines are so basic to public health yet so non-lucrative (compared to billion dollar pills), the government does not want vaccine makers bankrupted by lawsuits.

But ignoring the court and the ghastly injuries it settles—I was told, off the record, about a woman who lost her fingers and toes from vasculitis caused by a vaccine—mainstream scientists are the ones who are “unscientific.” The truth is not all vaccines are safe, life-saving or necessary and conflicts of interest do exist. Consider the case of Gardasil, a vaccine against the human papillomavirus vaccine types 6, 11, 16, 18.

The Case of Gardasil

A few years ago, Merck aggressively marketed Gardasil, a vaccine against the HPV virus (which is linked to venereal warts and cervical cancer)—even in poor countries where cervical cancer is hardly a leading cause of death compared to malaria or diarrheal diseases. (In developed countries, a Pap test is as effective as a vaccine in preventing cervical cancer.)

According to CBS News there was another cloud over Gardasil. “Merck gave $6,000 to [Texas Gov. Rick] Perry’s election campaign fund as part of a national lobbying effort to persuade states that it ought to require Gardasil as one of the vaccines all kids should have before attending school,” it wrote. The director of a Merck-funded pro-Gardasil group was also Perry’s then-chief of staff’s mother-in-law.

Nor did the departure of former CDC director Julie Gerberding to head Merck’s vaccines division look right to many ethics specialists.

Mainstream scientists have savaged Andrew Wakefield, a British medical researcher found to have conducted fraudulent research linking the measles, mumps and rubella (MMR). His corruption is said to disprove any scientific doubts about vaccine safety.

Yet when researchers in the U.S. have been so corrupt they have gone to jail, mainstream scientists still accept their research. Scott Reuben published fraudulent research on Lyrica, Effexor, Celebrex and other drugs for Pharma. He went to prison for six months but the “science” behind the drugs he promoted stands. Richard Borison, former psychiatry chief at Augusta Veterans Affairs (VA) medical center and Medical College of Georgia, went to prison for 15 years for using clinical trials on veterans of the antipsychotic Seroquel to line his own pockets. The drug went on to earn billions and his for-profit “research” still stands.

As a reporter I have interviewed a man whose blindness was caused by a 1976 flu vaccine for which the government compensated him. More recently I interviewed a parent whose normal toddler was never the same after a vaccine and is now institutionalized. “He cried hysterically for 24 hours,” the parent, who is a medical practitioner, told me.

Pharma is unwise to cast such parents, of whom there are many, as “nuts.” The degeneration of their child is not their imagination. Also, there is no defensible reason for vaccines to be given all at once to a child, which many say heightens risks. Administering clusters of vaccines—once not given to children—has been called a major, new profit center for pediatricians.

But anti-vaccination activists should also not be absolutist. Vaccines are not a “conspiracy”—they are Pharma business as usual. Many are life-saving. Would anyone refuse a rabies vaccine after being bitten by a rabid raccoon? A tetanus shot after a serious wound? Would responsible parents deny their child a whooping cough or polio vaccine?

Like all drugs aggressively marketed these days, patients and parents need to do their own research and weigh benefits and risks—never forgetting Pharma’s spotty safety record.

Note: This article was reprinted with the author’s permission. It was originally published in The Huffington Post, but was subsequently removed. Martha Rosenberg is a nationally recognized investigative health reporter whose food and drug expose, Born with a Junk Food Deficiency, won an American Society of Journalists and Authors honorable mention. Rosenberg has appeared on CSPAN, National Public Radio and lectured at the medical school and university levels.