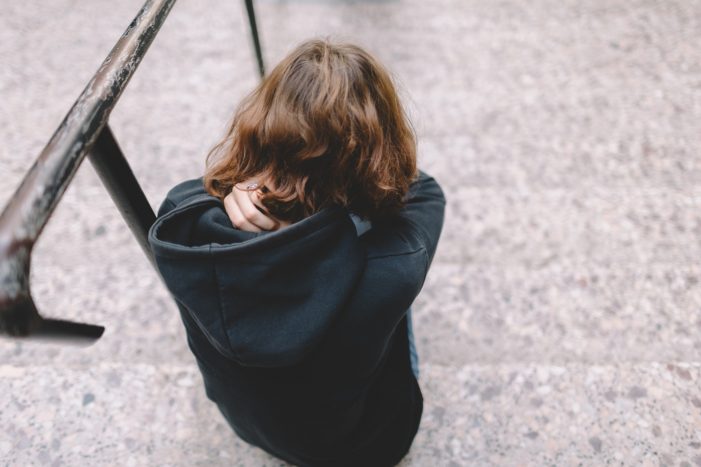 Children with anorexia nervosa, obsessive-compulsive disorder (OCD), anxiety and tic disorders were more likely to have had a recent vaccination, according to a new study based on a database of privately insured children’s medical claims.

The pilot study, from Penn State and Yale University researchers, found that children with a new diagnosis of some neuropsychiatric disorders were more likely to have received an influenza vaccine during the preceding one-year period.

The risk association was highest for anorexia. Children who had been vaccinated within the prior three months had an 80 percent elevated risk of getting a new diagnosis of the eating disorder that has been increasing in recent years, compared to controls.

The OCD risk was between 23 and 27 percent higher when the vaccine was taken between three and 12 months earlier.

The researchers looked at medical private insurance claims in a large database and compared children and adolescents aged 6–15 years prior year’s vaccination records with the new diagnosis of a number of neuropsychiatric disorders over five years. They compared those diagnoses to two control conditions, broken bones and open wounds, and matched subjects according to age, gender, geographical area of residence.

“These findings provide preliminary epidemiologic evidence that the onset of some pediatric-onset neuropsychiatric disorders, including anorexia nervosa, OCD, anxiety disorders, and tic disorders, may be temporally related to prior vaccinations,” the study published in the journal Frontiers in Psychiatry states.  It adds that they do not “prove a causal role” for vaccines in the conditions.

The study authors, which included Penn State University Professor of Public Health Sciences and Psychiatry Douglas Leslie and Yale Professor of Child Psychiatry James Leckman, note that there is a considerable new body of scientific evidence indicating that the immune system is a key player in these childhood disorders. But precisely how it influences these diseases is “not known.”

The researchers state that any association between the triple measles, mumps, rubella (MMR) vaccine and the neurodevelopmental disorder autism has been “convincingly disproven”.

“On the other hand,” they allow, “the onset of a limited number of autoimmune and inflammatory disorders affecting the [central nervous system] has been found to be temporally associated with the antecedent administration of various vaccines.” These disorders associated with vaccination include the bleeding and bruising disorder idiopathic thrombocytopenic purpura, a condition similar to multiple sclerosis called acute disseminated encephalomyelitis, and the paralyzing condition, Guillain–Barré syndrome, among others.

They point to a body of research suggesting that an aberrant immune system is at play in OCD and anorexia and that their high occurrence together or with other autoimmune diseases also support the role of a damaged immune system. Nevertheless, vaccination is encouraged even for extremely underweight anorexic patients, they note.

Narcolepsy and Type 1 Diabetes Too

As well, the researchers point to recent findings which have linked the Pandemrix swine flu vaccine used in 2009 to a 12-fold spike in narcolepsy in children in several European countries including Finland and Sweden. Recent research has shown that the H1N1 influenza vaccine containing a squalene adjuvant triggers a cascade of events that turns the immune system to attack on a hub of brain cells responsible for the wake/sleep cycle and induces the sleep disorder.

Other Yale scientists have wondered in separate research if generalized anxiety and panic disorders might not be subclinical manifestations of narcolepsy, because they also share symptoms of the sleep disorder, such as cataplexy—sudden loss of muscle control. If so, a similar dysfunctional immune system action may be the cause.

Recently, the swine flu vaccine was also linked to type 1 diabetes. Accusations that the Swedish health agency hid cases of childhood diabetes following the vaccine recently led to an inquiry, publication of a “follow-up” to the old flawed study and children who developed diabetes after the shot were invited in a medical journal to apply for a small government compensation handout. The manufacturer of the recalled Pandemrix flu vaccine, GlaxoSmithKline has no liability for its product because it is a vaccine.

The recommendation of the current study is, as always, more study.  “Ways forward in my estimation are efforts to replicate our findings in large population-based samples which are available the Nordic countries and Taiwan as well as in Brazil and the UK,” Yale’s Leckman said in an email correspondence. “These cohorts could also be used to explore the link between sleep difficulties and vaccinations. Animal models will also be another important way forward.”

The paper, like most studying neurological diseases in children, is typical in its admission of the vast deficits of medical understanding. The experts note huge neon signs pointing to children’s impaired immune systems and now that they have scratched the surface, they find vaccination is perhaps an underlying mechanism in a few of the now exploding immune-mediated diseases that children are suffering from like never before in history: asthma, ADD, OCD, allergies, autism, diabetes, autoimmune diseases. What’s causing the rest of the epidemic? Big shrug.

Of one thing only are they certain: It can’t possibly be the 64 injected vaccines designed to impact the immune system.  The “clear public health benefits of the timely administration of vaccines,” must outweigh these “modest” findings, concludes the study, urging families to keep “vaccinating according to CDC guidelines”—with a helpful link to a description of the “precautionary” contraindicating symptoms which include seizures, “collapse or shock-like state”, encephalopathy, “decreased level of consciousness” or coma, and a “progressive neurological disorder.”

If it is your baby who develops uncontrollable compulsive behaviours, or narcolepsy after vaccination, or your daughter who is starving herself to death before your eyes and there is nothing you can do about it, at least you should be grateful the psychiatrists have a store full of psychotropic drugs and another vaccine to offer.

Note: This article was reprinted with permission. It was originally published by the Children’s Medical Safety Research Institute (CMSRI). The author is a national award-winning investigative journalist in the United Kingdom.