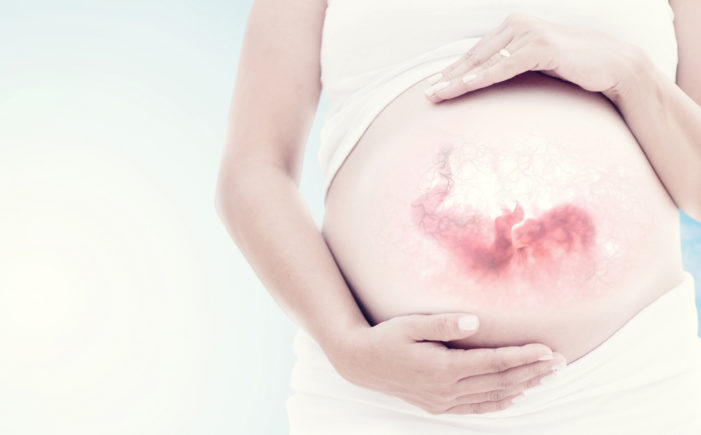 DES (diethylstilbestrol) is a synthetic estrogen that was given to pregnant women from 1940 through the early 1970s. DES was touted as a “wonder drug” that would prevent miscarriage and morning sickness. It was only after millions of women and fetuses were exposed to DES that it was recognized that DES was causing deadly cancers in both the women who took it and the children exposed to it in-utero. According to the website for Wonder Drug, a feature film about DES (that is currently in development):

DES is considered to be one of the worst drug disasters in human history. The deadly cancers, infertility, and other health maladies that DES has caused have led to suffering, sickness, and death for thousands of people. Though the drug companies responsible have paid settlements of millions of dollars, they have never issued an apology or paid amounts sufficient to make up for the actual damage done.

The Effects on Future Generations

Many of the effects of DES are still being felt today, because they are transgenerational — meaning that if a pregnant woman took DES in 1950, her grandchild may suffer from negative effects today. Because of the time-lag between administration of the drug and its effects (many cancers take decades to show up in the people who were exposed to DES in utero), and because of difficulty studying transgenerational effects of drugs, many of the consequences of DES are only being uncovered today. It should be noted that the transgenerational effects of endocrine disrupting drugs seem to intensify with each generation, and people suffering from infertility, cancer, reproductive abnormalities, hormonal abnormalities, or autoimmune disorders should look in their family history for DES use.

Most of the research into the consequences of DES has focused on DES daughters—the women who were exposed to DES while in utero—in part because one of the first effects of DES discovered was the occurrence of a rare vaginal cancer called clear cell cancer in young women. Significantly less research has been done on DES sons—the men who were exposed to DES while in utero.

Can Endocrine Disrupting Drugs In-utero Cause a Person to be Transgender?

Several researchers who have looked at DES sons have noted that a significant portion of the men exposed to DES in utero are either transsexual, transgender, or intersex, and it has been hypothesized that there is a connection between prenatal DES exposure and gender variance.

This news piece from WTSP in Tampa, Florida, explores the notion that DES exposure in utero may be responsible for gender variance later in life:

Hugh Easton, a scientist and activist who self-identifies as having “an unusual partially feminine gender identity,” further explains sex and gender differences and how they may be affected by in-utero estrogen exposure (from DES, and birth-control pills used during pregnancy can have similar effects). He writes:

What few people appreciate is that it’s these very large differences between male and female hormone levels throughout life that are responsible for all the differences between being a man and a woman, not the X and Y chromosome. All the sex chromosomes do is determine whether you develop ovaries or testicles, it’s the fact that ovarian tissue produces mainly estradiol whereas testicular tissue produces mainly testosterone that is responsible for people being organized into the two distinct groups that we call men and women.

There are two main life stages when the sex hormones, testosterone and estradiol, are active. The first is an ‘organizational’ phase which starts around 6 weeks after conception and ends a few months after birth. The second life stage is puberty and throughout adult life, during which the sex hormones have ‘activational’ effects: they bring to life all the stuff that was laid down during the organizational phase, and transform you from a child into an adult man or woman.

A slight difference between the two phases is that, during the organizational phase, testosterone is the key hormone and estradiol plays no role in sex determination. Whether you develop as male or female depends purely on whether levels of testosterone (and DHT, a hormone derived from testosterone) are high or low. If the fetus develops neither testicles nor ovaries, the result is a female baby. During the activational phase, you need high levels of testosterone in order to mature into an adult man, but in order to mature into an adult woman, you need high levels of estradiol. If neither hormone is present, you’ll remain in an asexual, childlike state and never mature properly into an adult.

Unfortunately, the idea that sex is determined by X and Y chromosomes has become so deeply rooted in popular consciousness that even most doctors and scientists who don’t work in the field aren’t aware that it’s actually hormones and not genes that determine your sex. As a result, we’ve ended up in a situation where, as a result of medical treatment given to their mothers during pregnancy (and medical treatment given to newborns), there are several million people at least alive today who were exposed to hormones with testosterone blocking properties (or testosterone mimicking properties) during their organizational period. In theory, what this should do is produce people who’ve partly developed as male and partly as female, and judging what I’ve seen of the effects of DES, that is indeed exactly what happens. It’s just that, because all your physical sexual characteristics develop within a relatively narrow window of time during the first trimester, whereas most high dosage use of hormones tends to happen during the second and third trimesters, instead of causing physical abnormalities, it’s causing people to be born who’ve undergone intersexed or opposite-sexed brain development. The way this is often manifesting itself later in life is as transsexuality. Other effects (at least as far as DES exposure in genetic males is concerned) are that sperm counts are, on average, much lower than nonexposed men, and there seems to be a very high risk of developing hypogonadism as well.

Hormones are so widely used in medicine that the number of people who’ve been affected must surely be very large, and I think that the ones who’ve come out as transgender are likely to be just the tip of an even larger iceberg, of people with seemingly non gender related psychological problems caused by some of their brain regions having developed as male and some as female, or fertility problems and all manner of mysterious chronic ailments caused by their bodies not being able to regulate their hormone levels properly (this seems to be a very common side effect of these hormone exposures too).

The women who took DES during their pregnancies were often taking doses that were up to 50,000 times the estrogen of today’s birth-control pills. Could exposure to such high concentrations of estrogen cause fetuses with XY (male) chromosomes to develop as females during some of the organizational periods of sex and gender development? It certainly seems plausible.

Birth-control pills also provide high doses of estrogen (and other hormones), and it has also been hypothesized that birth-control pills taken during pregnancy can also influence gender expression of the fetus. (For more information on this, please read Hugh Easton’s article, “Hormone Treatment During Pregnancy and Gender Variance in Later Life.”)

Recognition of Advocates Who are Transgender

Men and women who are transgender have fought (are fighting) hard to be recognized as equally valid and entitled to the basic rights of life, liberty, and the pursuit of happiness as cisgender people. They deserve to be treated as valuable humans because they ARE valuable humans, and I hope that questioning how endocrine disrupting medications can influence gender expression is not interpreted as trying to find something wrong or diseased with transgender men and women.

It should be noted that many of the scientists, activists, and concerned citizens making connections between DES and gender variance are transgender themselves. Wanting to know why one’s gender is expressed as it is does not indicate a lack of self-appreciation; rather, it indicates an inquiring mind, and I hope that questions along these lines are encouraged. We live in a world that is full of endocrine disrupting chemicals (synthetic hormone pharmaceuticals, birth control, fluoride, fluorine-containing drugs, BPA, plastics, many pesticides and herbicides, etc.). It is reasonable to ask how those endocrine disrupting chemicals are affecting all areas of our lives—from cancers to gender expression.

I’m a cisgender, heterosexual woman, so maybe it’s not my place to write any of this. But, personally, if an endocrine-disrupting drug had influenced my gender identity, I would want to know. Perhaps some people in the transgender community feel the same way. The hypothesis that DES and other endocrine disrupting chemicals (especially the concentrated ones like birth-control pills) are causing people to be transgender should be explored, and maybe with knowledge can come empowerment.

As more and more transgender people physically transition to the gender that they identify with, it will become increasingly possible for researchers to explore the possible connections between DES and/or birth-control pill exposure in-utero and the expression of transgender later in life. It is a hypothesis that is worth exploring—not to assert that there is anything wrong with the men and women who are transgender, but to understand sex and gender differences in humanity, and to understand biology and hormones and the world we live in.

Note: This article was reprinted with the author’s permission. It was originally published at Collective Evolution.