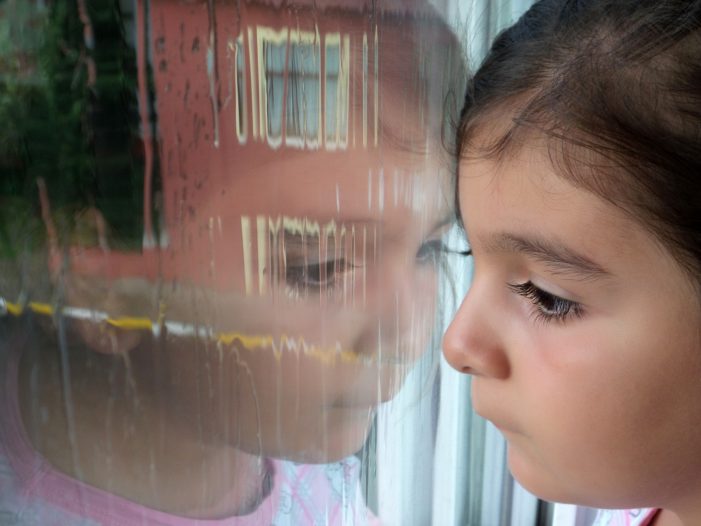 Although specific child welfare guidelines vary from state to state, medical neglect of a child is generally accepted as legitimate grounds for family intervention by government officials working for Child Protective Services (CPS) and may lead to parents losing custody of their minor child and/or losing the legal right to make health care decisions on behalf of their child.

Broadly defined as failure “to exercise a minimum degree of care in supplying the child with adequate health care,” medical neglect may also be expanded to include “parental acts of omission in the care of their child” deemed to either actually or potentially compromise the child’s health.1

A  new vaccine policy analysis, which was written by two obstetricians and a pediatrician and published in the American Journal of Public Health, examined past U.S. legal decisions that considered whether vaccine refusal does, or should, fall under the jurisdiction of medical neglect and, therefore, serve to establish grounds for intervention by government officials in child welfare agencies.1 The analysis, “Professional Responsibility and Early Childhood Vaccination,” was authored by Frank A. Chervenak, MD, Laurence McCullough, PhD, and Robert Brent, MD.2

Taking Threats to a New Level

Noting that in the current atmosphere of increased vaccine hesitancy, pediatricians are struggling to find ways to manage the resistance to vaccination in their practice, the authors of this study suggest that vaccine refusal may be accepted as medical neglect given that  “a child is exposed to some potential risk of harm by a parental act of omission.”2 The physician authors allege that many states do not go far enough to allow CPS to intervene when vaccine refusal is the sole or primary reason for the intervention.

Many parents consider this a radical public health policy that constitutes a frightening assault on parental rights, but some doctors, attorneys and mandatory vaccination proponents maintain it is appropriate to force use of vaccines when parents decline to adhere to the physician recommended childhood vaccine schedule.3

Dr. Chervenak and his co-authors agree and take the position that if informed parents continue to refuse vaccinations for their children, it should be considered child neglect and those parents should be reported to local child health protection agencies:

If parents remain unpersuaded, their informed refusal becomes child neglect, because they are refusing to authorize evidence-based, effective, and safe preventive care required by the best interests of the child standard as a norm. There is a strict legal obligation to report child neglect to the local child health protective services agency.2

They conclude that it may be better to use threats and coercion to dismiss children from a medical practice if their parents refuse vaccinations, as that could help sway the parents’ opinion.

We have seen numerous steadfast refusers of vaccines come around to acceptance when faced with a physician who feels so strongly about the benefits of vaccination that he/she is willing to go to the extreme length of discharging a family who refuses vaccination.2

The idea of using physician coercion and government sponsored punishment of people who refuse vaccination is nothing new. More than a century ago in Jacobson v. Massachusetts, the 1905 U.S. Supreme Court majority affirmed the constitutional authority of state legislatures to mandate smallpox vaccination. The Court ruled that citizens do not have the right under the U.S. Constitution to be free at all times because there are “manifold restraints to which every person is necessarily subjected for the common good.” The judges said, “We do not perceive that this legislation has invaded any right secured by the Federal Constitution.”4

In recognition of the scope of the 1905 ruling, the authors of the vaccine policy analysis used that year as the beginning of their survey period, following court cases up through 2016 to weigh legal opinions on vaccine refusal as a definitive factor to determine child neglect. They reported very few cases, though they claim that most of those on the books did consider vaccine refusal to constitute child neglect. They admitted that differences in state vaccine laws make it difficult to compare the cases or to know how they would have been handled today (only one of the cases studied had been heard in the past 20 years).

The authors also expressed surprise at the rarity of documented cases in the current atmosphere of increasing vaccine hesitancy and proposed that, “Additional studies on the practices and rationales of pediatric providers, other mandatory reporters, and CPS caseworkers regarding this issue would be elucidatory.”7

Dissenting Opinions Should Not Be Cause for Fear

Individuals declining to follow one-size-fits-all vaccine policies and laws are not the first minority in society to face prejudice and discrimination in the name of ‘the greater good.’ From compulsory sterilization of individuals deemed “unworthy of reproducing”8 to differences in attitude and availability of health care for individuals depending on medical history, weight, age, race, gender, social class, or sexual preference, those in the minorities continually have to fight for equality and protection from medical policies and public health laws that raise their risk for being harmed.

Parents welcome open and mutually respectful discussion with physicians about vaccination, and they should not have to fear that they might lose children if they happen to disagree with their doctor or public health officials about how to raise them.