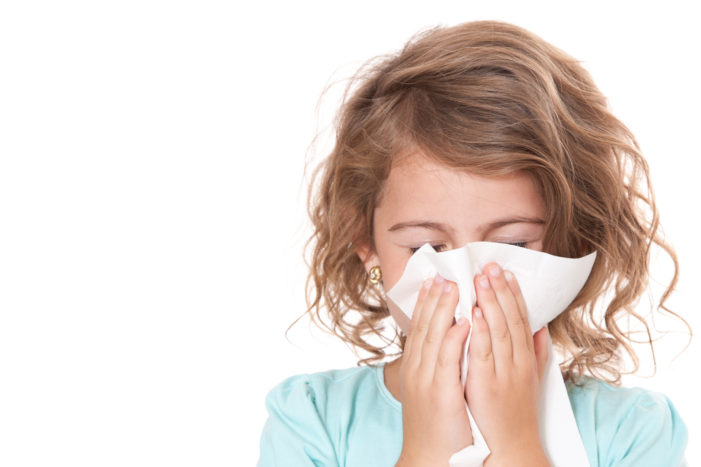 The press release subhead reads: “UCLA, Arizona researchers explain that birth year may largely determine people’s risk for serious illness in an influenza pandemic.” It sounds vaguely astrological, as if our birth date predicts our future health. In fact, it introduces an interesting scientific hypothesis for why some people are more susceptible to certain influenza infections than others, and provides evidence that the first infections with influenza strains encountered during childhood provide some lifelong protection against even distantly related new strains encountered later in life.1

Researchers from UCLA and the University of Arizona looked at historical data from the more than 1,400 known cases of humans infected with either avian influenza A virus H5N1 or the more recently recognized H7N9 virus. In most of the cases, so-called “bird flu” human infections were acquired directly from infected animals.

These two viral strains were chosen for study not only because each is known to have crossed over from an infected avian host to cause illness in humans, but also because each shows a limited capacity for transmission from human to human. With such a profile, for many years scientists have expressed concern that even a slight mutation of the virus could spark an influenza pandemic among humans.

Since the early days of studying H7N9 and H5N1 avian influenza A viruses, researchers have been curious about the fact that they appeared to discriminate by age group: younger people, including children, tended to be infected with H5N1, while older people were more likely to be infected with H7N9. The UCLA/University of Arizona researchers hypothesized that differences in pre-existing immunity could explain the phenomenon.

Analyzing the data, these scientists found that people had a greater susceptibility to one or the other strain of virus depending on whether they were born before or after the1968 “Hong Kong flu pandemic,” which effectively marked the alteration point for the genetic makeup of the viral strains responsible for influenza outbreaks over the previous 50 years.

Altered Surface Protein on Virus May Provide the Explanation

Mutation of either the “H” (hemagglutinin) or the “N” (neuraminidases) protein, after which the influenza virus subtypes are named, can also alter the way the influenza viruses behave. Although there are 18 different types of influenza A, only two broad versions of the H protein are recognized, described by research leader Michael Worobey as “blue or orange lollipops” because of the way they stick up from the surface of the virus.

To clarify a complex idea, Worobey explained that “people born before the late 1960s were exposed to ‘blue lollipop’ flu viruses—H1 or H2—as children, [so] in later life they rarely fell ill from another ‘blue lollipop’ flu—H5N1 bird flu, but they died from ‘orange’ H7N9.” The opposite was true of those born after 1968.2

In the case of influenza, it appears that antibodies to a given subtype of the H protein confers some immunity to all other viruses descending from that strain. Thus, someone exposed in childhood to an H5N1 influenza infection might be expected to have some immunity against later exposure to an H5 descendant, but might be susceptible to an H7 line.3 Supporting that idea, these researchers also found indications in the study data of immunity against several viruses known to cause illness in animals but that have not been seen in humans.

Concluding that, “‘childhood imprinting’ gives strong protection against severe infection or death from two major strains of avian influenza,” James Lloyd-Smith, the study’s senior author, said such imprinting may not totally prevent illness but it could be expected to minimize the severity of infection, depending on birth year and the strain of virus prevalent during childhood.

Impact of Vaccination on Susceptibility

Given the scattershot nature of the influenza vaccine, which is designed annually based on a “best guess” by public health officials of which viral strains will be prevalent during the upcoming flu season, such individual variance might also help explain the unpredictable nature of vaccine response.

Recognizing that infection with wild type influenza A viruses like H7N9 and H5N1, as well as H1N1 swine flu virus, can bolster immunity against novel subtypes of those viruses, some researchers are concerned that giving children the annual trivalent inactivated influenza vaccine (TIV) might block the immune system from developing immunity to altered subtypes.4

One of the important results of the UCLA/Arizone study is the potential for predicting the level of risk represented by an emerging strain of influenza. According to lead author Katelyn Gostic:

Our results suggest it should be possible to forecast age distributions of severe infection in future pandemics, and to predict the potential for novel influenza viruses from different genetic groups to cause major outbreaks in the human population.

Gostic added that predictions could be made using demographic and surveillance data “already routinely collected by governments and public health agencies.”