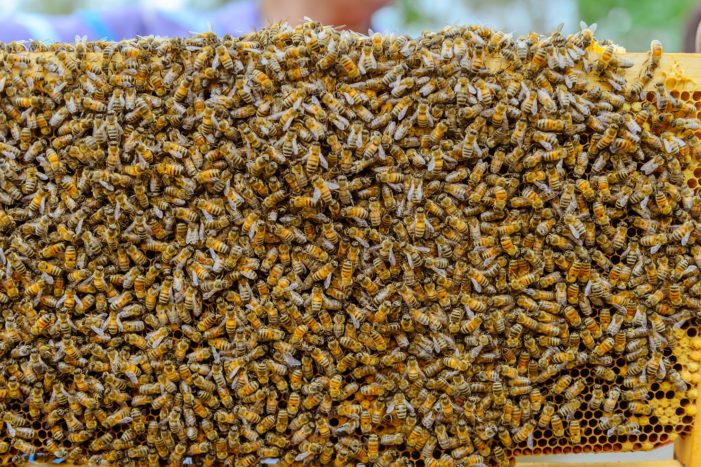 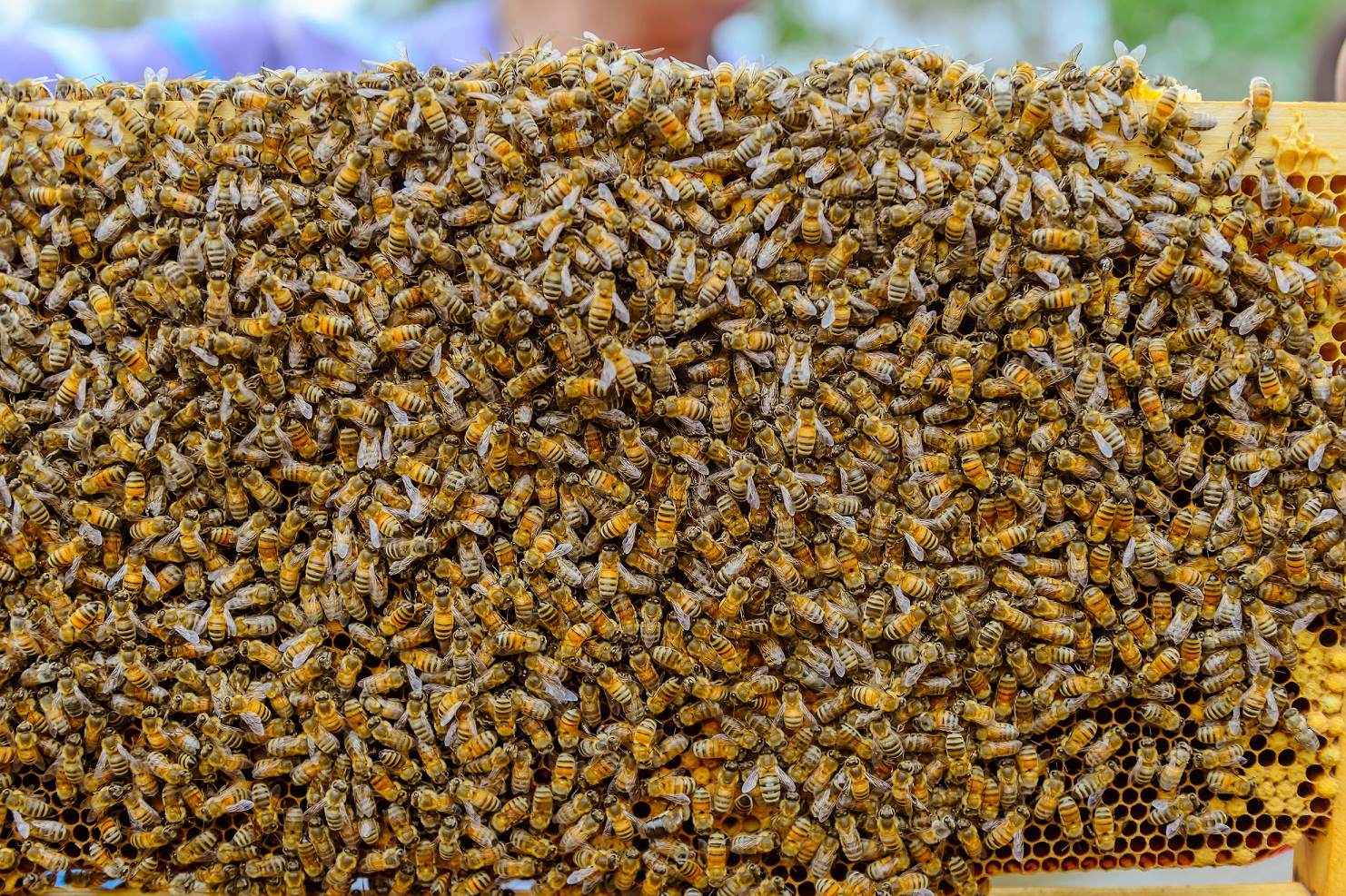 Early on a Sunday morning this past summer, the noxious pesticide Naled was sprayed over Dorchester County, South Carolina in an effort to kill Aedes aegypti mosquitoes, which are believed to transmit the Zika virus.1 In collateral damage, the aerial spray also killed millions of honeybees. One local beekeeper, who lost 2.5 million bees in a matter of minutes, described the toll as devastating, saying her bee farm “looks like it’s been nuked.”2

Dorchester County administrator Jason Ward explained that they “chose Sunday morning because few people would be out and about that early on a weekend.” He added, “To protect the bees, you don’t want to spray after the sun has been up more two hours, so we scheduled it early.”

In that statement, Mr. Ward was directly quoting from the manufacturer’s package insert,3 which states that their naled-containing product, Trumpet, is…

highly toxic to bees exposed to direct treatment on blooming crops or weeds… To minimize hazard to bees, it is recommended that the product is not applied more than two hours after sunrise or two hours before sunset, limiting application to times when bees are least active.

However, bees do not distinguish between Sunday morning or Tuesday, and they certainly don’t consider “between 6:30 and 8:30” to be “early morning.” Bees generally start their work day when the first rays of the sun crest the horizon. To truly provide protection for bees, aerial spraying must be done as soon after dark as it is safe to fly, before bees are out foraging.

Pesticides are Not a New Threat to Bees

Using pesticides to control for unwanted mosquitoes is not unusual, though this incident was the first time in 14 years this part of South Carolina had used aerial spraying rather than truck sprays. Naled itself has been used since 1959 and is approved by both the Environmental Protection Agency (EPA) and the Centers for Disease Control and Prevention (CDC). Both agencies commend it as one of the “safer” pesticides, saying it breaks down quickly and in the usual low doses, “should not pose a threat to humans.”4

South Carolina officials claim that they had made efforts to notify beekeepers on their official lists, had placed a notice in the newspaper and had publicized the planned spraying on its website.

Florida beekeepers are also familiar with the drill, as well as familiar with this particular pesticide. Naled is an equal-opportunity killer of winged insects. Says Key Largo beekeeper Dave Fowler, naled is readily recognized as an enemy by the bees themselves, as even a drop on a wing is fatal.

Field bees returning to the hive with any taint are blocked by the guard bees, who fight to the death to keep them out…Before a spray, you see the bees happily coming and going. After a spray, it turns into a war zone at the [hive] entrances.5

When keepers know in advance of a planned pesticide dosing, they can take measures to protect their bees, including covering hives and protecting water sources. Still, smaller beekeepers can fall through the cracks. Allowing that a single hive of bees can house up to 60,000 individual bees, the term “small beekeeper” includes the one bee farm given so much coverage when this event first happened: Flowertown Bees, which alone lost 46 hives housing 2.5 million bees.

Co-owner Juanita Stanley said that she usually gets forewarned when officials plan to spray but she got no warning this time. Beekeepers nationwide worry that this could happen to them if indiscriminate pesticide spraying is allowed. This is no small thing, and it not only affects managed bees.

Threats Extend to All Winged Pollinators

Some people suggest that worrying over the bee kill is grossly overstated and that not only are bees easily able to make a comeback, but the bees affected were “just” the farmed bees that people keep so they can sell honey, while bees in the wild are just fine. One reporter wrote:

You don’t have to worry about bees right now. The bees affected by the millions weren’t wild bees; they were commercial bees, bred to produce honey.

To be honest, it’s a little weird to see this kind of outrage for bees! [C]ontrary to what you’ve heard about honeybees’ hardships, they’re actually doing all right these days.6

While it is true that recent reports in the mainstream media show a tendency to downplay the plight of the honeybee, many bee experts disagree that the crisis is either over or overblown. Furthermore, it is not only bees kept in hives that are being affected by indiscriminate pesticide spraying. It has been known since at least 2007 that 90 percent of wild bees have died out in the United States—though not solely from pesticide use.7 Bees in the wild are far from fine.

According to one study that has been widely criticized for using “soft science” because—unable to actually count wild bees—the researchers used “a spatial habitat model, national land-cover data, and carefully quantified expert knowledge” to estimate whether and how far wild bee populations have fallen.

Their conclusion: Wild bee populations have declined dramatically, and most prominently in many of the agricultural areas where bees are most needed.8 Blaming single-crop farming in addition to pesticide use, climate change, and disease, they suggest that numbers of wild pollinator bees have fallen drastically in 39 percent of farmland dedicated to pollinator-dependent crops.

Specialty crops, such as pumpkins, blueberries, peaches, apples, and watermelons, are among the crops that present the strongest mismatch between changes in supply and demand.

Far from being raised only for “honey sales,” beekeeping is a major player in the commercial food industry. Much of the food production in the U.S. depends on farmed honeybees. A study out of Cornell University estimated that “crops pollinated by honeybees and other insects contributed $29 billion to farm income in 2010.”9 10

Want to eat California almonds? Almond crops depend entirely on honeybees. Billions of bees in the U.S. are shipped to the almond groves every February to pollinate those almond trees. Once the almond flowers have gone, there is nothing left for those bees to feed on and they have to be shipped to the next pollination site.

Some 1,600 beekeepers earn a good part of their annual income not from honey sales, but from migrating with them to pollinate crops across the country.

After the almond bloom some beekeepers take their honeybees to cherry, plum and avocado orchards in California and apple and cherry orchards in Washington State. Come summer time, many beekeepers head east to fields of alfalfa, sunflowers and clover in North and South Dakota, where the bees produce the bulk of their honey for the year. Other beekeepers visit squashes in Texas, clementines and tangerines in Florida, cranberries in Wisconsin and blueberries in Michigan and Maine. All along the east coast migratory beekeepers pollinate apples, cherries, pumpkins, cranberries and various vegetables.11

Bees and other pollinators, whether wild or hived, are so critical to the well-being of humans that it is absolutely essential to stop indiscriminately killing them with pesticides. As a species, people depend more on honeybees than on any other living thing for  our continuing supply of fruits and vegetables. In a quote often attributed to Albert Einstein, “Mankind will not survive the honeybees’ disappearance for more than five years.”12