Merck’s Ebola Vaccine, A Christmas Gift for the World: Really? 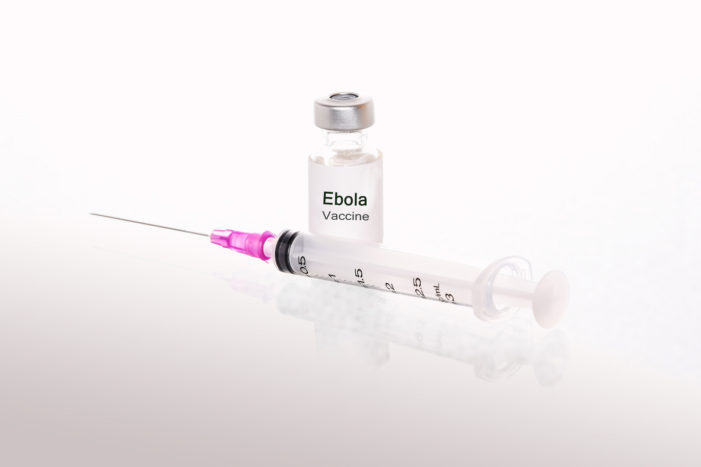 The media is in a tizzy over the recent trial results of Merck’s experimental Ebola vaccine, rVSV-ZEBOV (recombinant Vesicular Stomatitis Virus-Zaire Ebola Virus). “New Ebola Vaccine Gives 100 Percent Protection,” reads a headline in The New York Times.1 The headline in Science Alert sounds even more conclusive… “It’s Official: We Finally Have An Ebola Vaccine That’s Up to 100% Effective.”2 Forbes is positively joyous with its “A Christmas Gift For The World. Ebola Vaccine Is 100% Effective In Early Trial.”3

You would think someone had discovered the fountain of youth, or at least a way to reverse male pattern baldness.

There is “Final results are In: Merck’s Ebola Vaccine Was 100% Effective” in Science Magazine4 and “There’s “Scientists May Have Finally Found a Way to Stop Ebola” in Mother Jones.5 There’s “Ebola vaccine’s Triumph Will Lead to Reward for Ames Company” in The Des Moines Register.6

So here’s the gist of what happened.

A study involving 5,837 people (5,643 adults and 194 children) in the West African country of Guinea was conducted to test the efficacy of rVSV-ZEBOV. All of the participants in the study had come into contact with individuals diagnosed with Ebola. Of the total number of participants, 3,796 (65 percent) were injected with a “single intramuscular dose” of rVSV-ZEBOV. The remaining 2,041 (35 percent) participants were given the vaccine 21 days later.7

Among the 3,796 participants who received rVSV-ZEBOV immediately, there were no cases of Ebola after a designated window of nine days following vaccination. Some people in this group apparently did come down with Ebola within nine days after getting the vaccine, but they were not counted because it was “assumed that they had already been infected before vaccination.”1

Among the 2,041 participants who received rVSV-ZEBOV on a delayed basis and the 2,497 “eligible participants” who never received the vaccine (either immediately or delayed), there were 23 cases of Ebola.7

Take a moment to digest these figures. A total of 3,796 people immediately got the vaccine, and none of these people came down with Ebola after nine days. Meanwhile, a total of 4,538 (2,041 + 2,497) people got the vaccine 21 days later or didn’t get it at all, and 23 of them were diagnosed with Ebola.

What tends to nag you about this picture?

First of all, there’s that nine-day window thing. How good is the scientific rationale for the nine-day cut-off? Note that the incubation period for Ebola is 2-21 days,8 with an average of 8-10 days.9 It appears that the study’s authors simply decided to split the difference between eight and 10. According to the authors of the study:

[W]e defined that only cases of Ebola virus disease with an onset 10 or more days from randomisation were valid outcomes for the trial. This was done to account for the incubation period of Ebola virus disease, the time between onset of symptoms and laboratory confirmation and the unknown period between vaccination and a vaccine-induced protective immune response (lag period).7

It would be interesting to know just how many of those 3,796 individuals became infected during the nine days after being vaccinated, and when? Was it a handful? Was it a hundred? More?

Secondly, two different sized groups are being compared. The group of 3,796 with no reported cases of Ebola contains 742 (16 percent) less people than the group of 4,538 with 23 cases of the disease. In fact, the differential may be significantly greater than that, given that an unknown portion of the 3,796 actually came down with Ebola but were not counted. In other words, the 3,796 figure is misleading to begin with.

Isn’t it reasonable to assume that with the markedly larger group the odds of having more cases of Ebola are naturally bound to be higher?

Are these numbers really that convincing? And do they merit the kind of conclusive headlines in newspapers, journals, and magazines around the world? Certainly, the Interpretation section of the study itself offers a much more guarded account:

The results add weight to the interim assessment that rVSV-ZEBOV offers substantial protection against Ebola virus disease, with no cases among vaccinated individuals from day 10 after vaccination…7

You get a sense that the words have been very carefully chosen by the researchers so as not to unnecessarily raise expectations. Excerpts like “add weight” and “interim assessment” and “offers substantial protection” and “no cases among vaccinated individuals from day 10 after vaccination” stand in sharp contrast to the media headlines cited at the beginning of this article. It appears the study’s authors may not be so convinced their achievement is as astounding as what is being reported.

14 Responses to "Merck’s Ebola Vaccine, A Christmas Gift for the World: Really?"