> The Changing Role of Pediatricians - The Vaccine Reaction

The Changing Role of Pediatricians 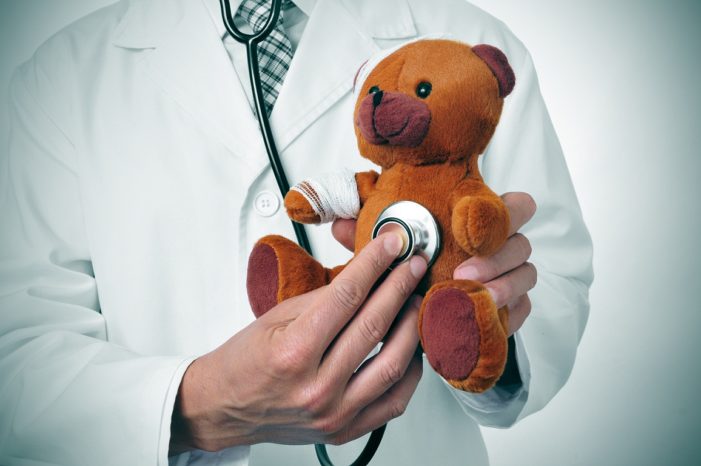 As soon as they know a baby is on the way, one of the preparatory tasks most first-time parents go through is finding a pediatrician. Using a separate pediatrician for children instead of relying on the family doctor is actually a relatively new idea.

Apart from obstetrics, the concept of a specialty in children’s health was sporadic prior to the 1860s. It was only formalized with the introduction of the American Board of Pediatrics (ABP) in 1933, when it became clear there was a need for standardization in training. Prior to this period, all a medical doctor had to do was to declare a specialty in a chosen field.1

Definitions and vocational descriptors paint the pediatric specialist in noble terms, and many of the endorsements are valid and important: A baby is not just a small adult. “The smaller body of a neonate or an infant is significantly different physiologically from the one of a grown-up” and a pediatrician must be able to recognize normal “genetic variance, congenital defects, immunology, oncology and a group of other issues…”2

A Broader View of the Pediatric Role

The doctor considered to be the “founder of modern pediatrics,” Abraham Jacobi, MD, began giving lectures in 1860 on children’s health that went beyond the treatment of disease and considered the health of the whole child. Jacobi advocated strongly for breastfeeding and warned against feeding cow’s milk to infants.3 He believed that pediatricians should be involved in all areas of a child’s health and educate parents about healthy child-rearing customs, including feeding, hygiene and disease prevention as well as treating sick children.4 His goal was to encourage pediatricians to help “Americanize” immigrant children and he was an advocate for “children’s rights.”

Dictate? The implication is that parents should have no say in the matter of vaccinating their children, and that is exactly what is happening in pediatric practices today.

This same source goes on to remind us that pediatricians also “keep all examinations, tests, treatments, outcomes and medications on file in patient folders for evaluation or future use.”5 Certainly, that will promote continuity of care, but it also can be a double-edged sword wielded by someone who is dictating vaccines. That is especially true in these times, when such medical records are electronic and easily shared.

According to Vincent Iannelli, MD, the idea of the “well baby” visit was developed by American pediatrician Dr. Emily Partridge Bacon in the early 20th century at some point in her 50-year career as a pediatric specialist.3 Although well-baby visits at that time would have looked very different from those of the present, Dr. Bacon’s medical career only began in 1916, so her introduction of the well-baby clinic would have coincided with the smallpox, diphtheria and tetanus vaccination program.6

Today’s well-child visits are essentially synonymous with vaccination and are a minefield for parents who have concerns about vaccines. As more and more vaccines are added to the schedule, vaccination takes up more pediatric office time and accounts for more of the pediatric income.

According to William Sears, MD the problem goes beyond the simple arithmetic of “more vaccines+more office visits to provide them=more money.” He doesn’t believe physicians would be so concerned with vaccine income that they would push unwilling patients to vaccinate, or reject non-vaccinating families from their practice. What he has found, though, is that there are some HMOs that reward pediatricians for having a high percentage of fully vaccinated patients, essentially encouraging them to get rid of any non-vaccinating patients. HMO contracts in general reimburse practices at such a low rate, it might end up costing the doctor money to keep such families.7

Reportedly, Dr. Sears had assumed that doctors who refused to treat unvaccinated families simply believed so strongly in vaccines that they could not in good conscience keep them on, but now he fears that “some doctors, especially those large groups who rely heavily on large HMO contracts, may actually be doing this because of money.” He said:

The American Academy of Pediatrics Committee on Bioethics makes it very clear that the official AAP policy is that doctors NOT kick patients out of their office over this issue. But when money talks, some people don’t listen.

10 Responses to "The Changing Role of Pediatricians"