The CDC is Being Influenced by Corporate and Political Interests 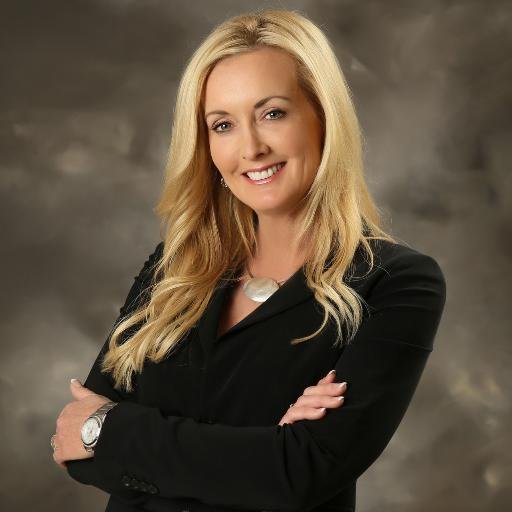 Concerns about the inner workings of the U.S. Centers for Disease Control and Prevention (CDC) have been mounting in recent months amid disclosures of cozy corporate alliances. Now a group of more than a dozen senior scientists have reportedly lodged an ethics complaint alleging the federal agency is being influenced by corporate and political interests in ways that shortchange taxpayers.

A group calling itself CDC Scientists Preserving Integrity, Diligence and Ethics in Research, or (CDC SPIDER), put a list of complaints in writing in a letter to CDC Chief of Staff and provided a copy of the letter to the public watchdog organization U.S. Right to Know (USRTK). The members of the group have elected to file the complaint anonymously for fear of retribution.

“It appears that our mission is being influenced and shaped by outside parties and rogue interests… and Congressional intent for our agency is being circumvented by some of our leaders. What concerns us most, is that it is becoming the norm and not the rare exception,” the letter states. “These questionable and unethical practices threaten to undermine our credibility and reputation as a trusted leader in public health.”

The complaint cites among other things a “cover up” of the poor performance of a women’s health program called the Well-Integrated Screening and Evaluation for Woman Across the Nation, or WISEWOMAN. The program provides standard preventive services to help 40- to 64-year-old women reduce their risks for heart disease, and promote healthy lifestyles. CDC currently funds 21 WISEWOMAN programs through states and tribal organizations. The complaint says there was a coordinated effort within the CDC to misrepresent data given to Congress so that it appeared the program was involving more women than it actually was.

“Definitions were changed and data ‘cooked’ to make the results look better than they were,” the complaint states.  “An ‘internal review’ that involved staff across CDC occurred and its findings were essentially suppressed so media and/or Congressional staff would not become aware of the problems.”

The letter mentions that Congresswoman Rosa DeLauro, a Democrat from Connecticut, who has been a proponent of the program, has made inquiries to CDC regarding the data. A spokesman for her office, confirmed as much.

The complaint also alleges that staff resources that are supposed to be dedicated to domestic programs for Americans are instead being directed to work on global health and research issues.

And the complaint cites as “troubling” the ties between soft drink giant Coca-Cola Co., an advocacy group backed by Coca-Cola, and two high-ranking CDC officials – Dr. Barbara Bowman who directed the CDC’s Division for Heart Disease and Stroke Prevention until retiring in June, and Dr. Michael Pratt, senior Advisor for Global Health in the National Center for Chronic Disease Prevention and Health Promotion (NCCDPHP) at the CDC.

Bowman, retired after revelations of what the complaint called an “irregular” relationship with Coca-Cola and the nonprofit corporate interest group set up by Coca-Cola called the International Life Sciences Institute (ILSI). Email communications obtained through Freedom of Information Act (FOIA) requests by USRTK revealed that in her CDC role, Bowman had been communicating regularly with – and offering guidance to – a leading Coca-Cola advocate seeking to influence world health authorities on sugar and beverage policy matters.

Emails also suggested that Pratt has a history of promoting and helping lead research funded by Coca-Cola while being employed by the CDC.  Pratt also has been working closely with ILSI, which advocates for the agenda of beverage and food industries, emails obtained through FOIA showed. Several research papers co-written by Pratt were at least partly funded by Coca-Cola, and Pratt has received industry funding to attend industry-sponsored events and conferences. Last month, Pratt took a position as Director of the University of California San Diego Institute for Public Health. Next month, ILSI is partnering with the UCSD to hold a forum related to “energy balance behavior,” planned for November 30 to December 1 of this year. One of the moderators is another CDC scientist, Janet Fulton, Chief of the CDC’s Physical Activity and Health Branch. Pratt is on annual leave from the CDC during his stint in San Diego, according to the CDC.

The forum fits into the messaging of “energy balance” that Coca-Cola has been pushing. Consumption of sugar-laden foods and beverages is not to blame for obesity or other health problems; a lack of exercise is the primary culprit, the theory goes.

Experts in the nutrition arena have said that the relationships are troubling because the mission of the CDC is protecting public health, and yet certain CDC officials appear to be close with an industry that, studies say, is linked to about 180,000 deaths per year worldwide, including 25,000 in the United States. The CDC is supposed to be addressing rising obesity rates among children, not advancing beverage industry interests.

CDC spokeswoman Kathy Harben would not address what the agency might be doing, if anything, in response to the SPIDER complaint, but she said the agency makes use of a “full range of federal ethics statutes, regulations, and policies” that apply to all federal employees.”

“CDC takes seriously its responsibility to comply with the ethics rules, inform employees about them, and take steps to make it right any time we learn that employees aren’t in compliance,” Harben said. “We provide regular training to and communicate with staff on how to comply with ethics requirements and avoid violations.”

The SPIDER group complaint ends with a plea for CDC management to address the allegations; to “do the right thing.”

Let’s hope someone is listening.

Note: This article was reprinted with the author’s permission. It was originally published in The Hill. Carey Gillam is a veteran journalist, formerly with Reuters, who directs research for U.S. Right to Know, a nonprofit consumer education group focused on food safety and policy matters.