How the FDA Controls the Media 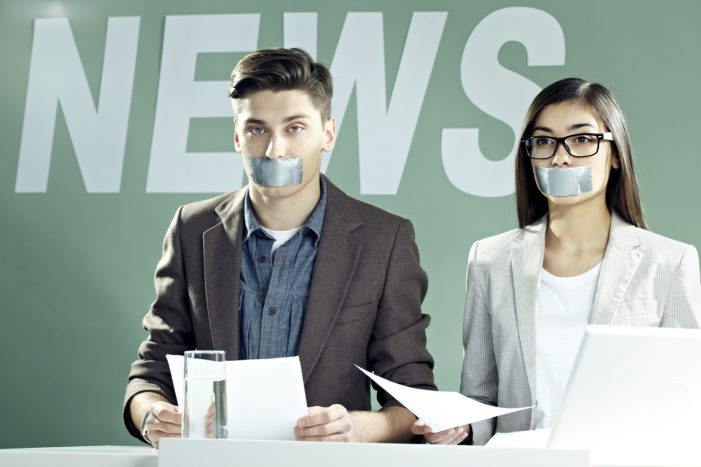 Embargoes have been used in journalism since the 1920s. It’s a deal between journalists and their sources, which gives the journalist access to a story on the condition that it’s not published before a certain date and time. Some institutions, including the U.S. Food and Drug Administration (FDA), further control media coverage by offering briefings to only a small selection of reporters. In January 2011, however, the FDA took this control to a whole new level with the use of a close-hold embargo.

The FDA allowed reporters early access to information about new medical device rules but, in addition to the regular embargo requirements, told reporters they could not seek comments from outside sources before the embargo expired.

[When] you can’t verify the information, you can’t get comment on the information. You have to just keep it among this group of people that I told you about, and you can’t use it elsewhere. In that situation, the journalist is allowing his or her reporting hands to be tied in a way that they’re not going to be anything, ultimately, other than a stenographer.

In other words, through the use of the close-hold embargo, the FDA gets journalists to report only what they tell them, without outside commentary or analysis.

News of the close-hold embargo triggered backlash, including from the Association of Health Care Journalists (AHCJ), which prompted the FDA to backtrack and change its tune, according to a media policy they released in June 2011—at least on paper.

In reality, the use of close-hold embargoes has continued among the FDA and other institutions. According to Scientific American:1

The FDA, too, quietly held close-hold embargoed briefings, even though its official media policy forbids it. Without a source willing to talk, it is impossible to tell for sure when or why FDA started violating its own rules.

In January 2014, however, it’s known that the FDA used a “strict, close-hold embargo” prior to their launch of a new public health ad campaign. Again in April 2014, the FDA forbid journalists to contact third parties regarding new e-cigarette rules set to be released until after the embargo expired.

The resulting stories stayed on task in delivering the FDA’s message with little analysis or critical coverage, but one piece, published in The New York Times, gave the close-hold embargo away by stating:1

FDA officials gave journalists an outline of the new rules on Wednesday but required that they not talk to industry or public health groups until after Thursday’s formal release of the document.

The FDA was not happy that their secret had been shared, nor were the news outlets that had been excluded from the early briefing.

To date, few news outlets have pushed back against the FDA’s favoritism to certain media outlets or their restrictive rules regarding reporting. Scientific American continued:1

Note: This article was excerpted from the article “FDA Is Pharma’s Lapdog, Not a Watchdog” with the author’s permission. It was originally published on Dr. Mercola’s website at www.mercola.com.

One Response to "How the FDA Controls the Media"