NVIC Calls U.S. Proposal to Apprehend and Involuntarily Quarantine Travelers for Rashes and Cough A “Violation of Civil Liberties” 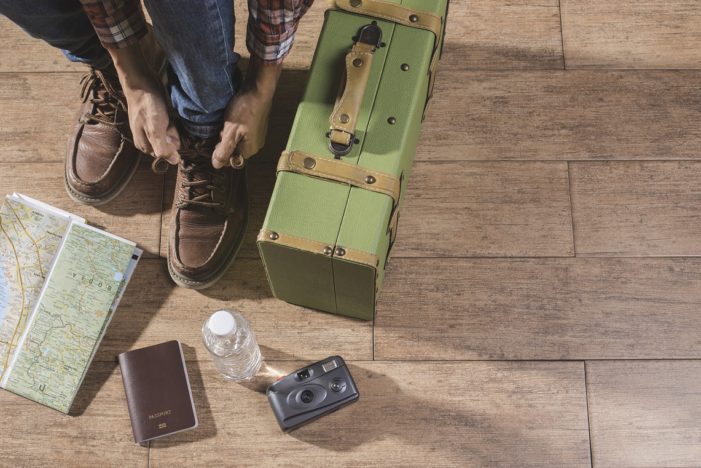 A Notice of Proposed Rule Making (NPRM): Control of Communicable Diseases was published by the U.S. Centers for Disease Control (CDC) on Aug. 15, 2016 that will amend federal public health law to allow health officials to take into custody and involuntarily quarantine travelers, who have symptoms of or have been exposed to someone with symptoms common to measles, chickenpox and a wide range of other communicable diseases. The non-profit National Vaccine Information Center (NVIC) is calling the proposed change to the Public Health Service Act “a violation of civil liberties.”

If the NPRM becomes law, it will affect American and non-American travelers entering the U.S. or traveling between states, particularly on commercial airlines and ships. The CDC is proposing to enlist commercial airline and other public transportation personnel to step up surveillance on and report “unwell” passengers with rashes, cough, diarrhea and other symptoms of illness.

Measles is not Ebola and chickenpox is not smallpox. U.S. health officials should not be expanding police power to take people into custody and place them in involuntary quarantine whenever they believe someone is sick or could become sick with illnesses that are far less serious than hemorrhagic fever and the plague.

If the NPRM becomes law, it appears U.S. health officials could hold a person in custody for 72 hours without the right to contact an attorney to appeal the detention. Detainees could be asked to sign a contract with the CDC that gives consent to the “public health measures” being applied to the adult or a minor child, which may include “quarantine, isolation, conditional release, medical examination, hospitalization, vaccination, and treatment.” However, the NPRM states that “the individual’s consent shall not be considered a prerequisite to any exercise of any authority” by the CDC. After release, the person can be electronically tracked and monitored, including by electronic tracking devices attached to the body.

“It is not a good idea to make the public’s airport experience even more difficult by enlisting flight crews to report passengers with symptoms that could be nothing more than eczema, acne, norovirus, or the common cold,” said Fisher.

It opens up the possibility for the detention and vaccination of an entire airplane full of passengers for a suspected case of measles or chickenpox. What started out as a vacation could be turned into a nightmare spent in an airport quarantine center.

The proposed law change particularly focuses on measles. “The ongoing persistence of measles in the United States provides a good example of the need for this NPRM,” states the CDC, and “every case of measles in the United States is considered a public health emergency because of its extremely high transmissibility.” Administration of MMR vaccine is part of the “post exposure” treatment protocol that can be applied before a detained person is released from the custody of health officials. In 2011, the U.S. Supreme Court ruled that drug companies selling government licensed and recommended vaccines in the U.S. cannot be held liable in a civil court of law for vaccine injuries and deaths.

The World Health Organization (WHO) and U.S. health officials are targeting measles for eradication using global mandatory, mass MMR vaccination campaigns similar to the global smallpox and polio vaccine campaigns. Although smallpox has been on the U.S. isolate and quarantine list for more than a century, polio was never put on that list, which also includes yellow fever, cholera, diphtheria, infectious tuberculosis, plague, hemorrhagic fever, SARS and pandemic influenza.

Constitutionally, U.S. states hold the majority of police power to control transmission of communicable diseases within state borders, but the federal government has authority to patrol U.S. borders and restrict travel between states. In 2014, a Presidential Executive Ordersignificantly expanded the authority for public health officials to apprehend and quarantine persons with symptoms of infections that are “highly likely to cause mortality or serious morbidity if not properly controlled.”

Americans have until Oct. 14, 2016 to make public comment to the CDC. For more information on the NPRM, read or watch a referenced commentary and access other U.S. government police power information here.

9 Responses to "NVIC Calls U.S. Proposal to Apprehend and Involuntarily Quarantine Travelers for Rashes and Cough A “Violation of Civil Liberties”"