Meningococcal Vaccine May Be Ineffective on College Campuses 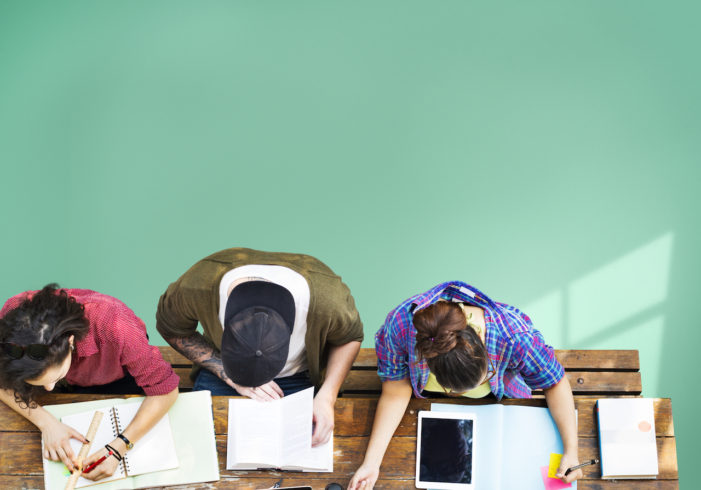 Invasive meningococcal disease is a rare but serious infection caused by Neisseria meningitides, or meningococcus, bacteria. These bacteria can infect the protective membranes covering the brain and spinal cord (the meninges), leading to symptoms like fever, headache and a stiff neck.

Other symptoms include nausea and vomiting, sensitivity to light and mental confusion. This condition, known as meningococcal meningitis, can be fatal or lead to hearing loss and brain damage.

Invasive meningococcal disease can also lead to bloodstream infection (septicemia) that can also be fatal or require amputation of toes, fingers or limbs.

There are six meningococcal vaccines licensed in the U.S., but before you put your faith in one of them to protect yourself or your child from invasive meningococcal disease, it’s important to be aware that they are far from fool proof.

The risk of meningococcal disease increases for those living in crowded or close quarters, including the military, prisons and also college campuses. Even then, however, this disease isn’t spread as easily as you might think. According to the National Vaccine Information Center (NVIC):1

It is not easy to develop invasive meningococcal infection. You have to be susceptible and have regular close personal contact, such as sharing a toothbrush with or kissing a person who is colonizing meningococcal organisms.

However, strain B, a type not included in that vaccine, is associated with more than 50 percent of meningococcal cases and deaths. In children under the age of 5, strain B is responsible for up to 70 percent of the cases of meningitis.

In 2016, the U.S. Food and Drug Administration (FDA) approved a meningococcal vaccine including strain B, and now we have the results of how well it worked, or actually didn’t work, on college campuses.

The vaccine (4CMenB) was administered during an outbreak at Princeton University in 2013 (before it was approved for use in the U.S.).

Out of the nearly 500 college students who received two doses of the vaccine, 34 percent had no immune response to the outbreak strain, according to a study published in The New England Journal of Medicine (NEJM).2  The study authors noted:3

This level of seropositivity was lower than expected, given the antigenic similarity between the outbreak strain and the components of the vaccine and given that the Meningococcal Antigen Typing System predicted that 4CMenB would induce responses against the outbreak strain.

In other words, meningococcal disease, and particularly infection with meningitis B, is relatively rare. In 2011, Barbara Loe Fisher, co-founder and president of NVIC, explained some of the concerns about adding meningococcal vaccines to the U.S. vaccine schedule.

However, this is not a disease that’s typically transmitted just by standing next to someone who has it.

Meningococcal bacteria cannot live outside the human body very long, so it’s not as easily transmitted as, say, a cold virus. Infection occurs via the exchange of saliva, such as sharing a toothbrush or kissing—not from standing next to someone in an elevator.

Meningococcal Vaccination for All College Freshmen Is Not Cost Effective

The CDC recommends meningococcal vaccination for all first-year college freshmen living in a residence hall.

The American College Health Association (ACHA) recommends that schools proactively encourage the students to consider vaccination and make vaccination programs available to those who want them.

However, in addition to having questionable justification and effectiveness of vaccinating all U.S. college freshmen for meningococcal disease, the policy is far from cost effective. NVIC reported:8

Nationwide vaccination of freshmen, who live in dormitories would result in the administration of 300,000 [to] 500,000 doses of vaccine each year, preventing 15 [to] 30 cases of disease and one to three deaths per year.

Vaccination of all freshmen would result in the administration of 1.4 [to] 2.3 million doses of vaccine each year preventing 37 [to] 69 cases of disease and [two] … [to four] deaths each year. The cost per case prevented would be $1.4 [to] $2.9 million, at a cost per death prevented of $22 million to $48 million.

A Sizeable Minority of Americans Are Asymptomatic Carriers of Meningococcal Organisms

The other issue that’s not widely appreciated is that at any given time, 20 percent to 40 percent of people colonize meningococcal organisms in their nasal passages and throats without showing any symptoms of disease.

Instead, they get a boost to their innate immunity via the colonized meningococcal organisms, which helps protect them against invasive meningococcal disease throughout life.

Mothers are able to transfer this innate immunity to their babies via the transfer of maternal antibodies, and this protection lasts from birth to a few months old, at which point the baby can make his own antibodies.9

There are certain known risk factors, such as smoking or living in a home with a smoker, having a recent respiratory infection, crowded living conditions, or having an underlying chronic medical condition like HIV or AIDS. According to NVIC:10

A small minority of individuals who have genetic and other unknown biological factors … [that] prevent them from naturally developing protective circulating antibodies, are up to 7,000 times more likely to get severe invasive meningococcal disease at some point in their lives.

Meningococcal Vaccination for All Preteens and Teens?

But, because “protection decreases over time,” another booster dose is recommended at age 16, “so teens continue to have protection during the years when they are at highest risk of meningococcal disease.” Giving the meningococcal vaccine to all children at age 11, when they are generally at low risk and any vaccine-acquired immunity is likely to decrease before the age when they may need it, is highly questionable.

The serogroup B meningococcal vaccine is under the CDC’s “may get” category (as opposed to “should get” category) for teens and young adults around the age of 16 to 18. Two or three doses are needed, depending on the brand of the vaccine.

Since the “ACWY” meningococcal vaccine does not protect against the circulating bacteria that causes meningitis B, some college campuses that have experienced meningitis outbreaks are strongly recommending that undergraduate students also receive the serogroup B vaccine. This recommendation is being made despite the relatively low rates of effectiveness revealed in the recent NEJM study.

In addition, the federal Vaccine Adverse Events Reporting System (VAERS) has recorded nearly 2,000 serious health problems, including nearly 100 deaths (34 percent of which occurred in children under age 6), following meningococcal vaccination. These recorded reactions likely represent only a small fraction of those that actually occur.11

3 Responses to "Meningococcal Vaccine May Be Ineffective on College Campuses"