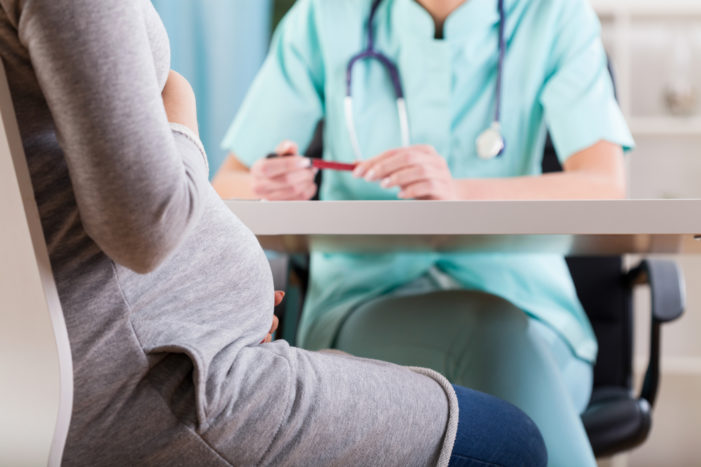 The American College of Obstetricians and Gynecologists’ (ACOG) Committee on Ethics released a “Committee Opinion” [in June 2016] that outlines what doctors should do when a woman refuses the treatment recommended to her by an obstetrician.

A desire to protect the health and safety of the unborn baby may be at odds with the ethical obligation to safeguard a woman’s autonomy and right to choose what happens to her own body. In these cases, the Committee says, doctors are obliged to respect the patients decisions without attempt at coercion.

The authors brought up issues of bodily autonomy, gender equality, the power dynamic between doctor and patient, and basic human rights.

Even though the doctor may truly believe what s/he is recommending is best for baby and mother, using coercion, guilt, threat, or force is a discriminatory act and acts as a barrier to care. Essentially, it’s a violation of the Hippocratic Oath, and the authors of the Opinion hope to eradicate the practice from their profession.

The central issue is in the pregnant woman’s authority to make decisions about her care. Being pregnant, they say, does not negate the right a patient has to refuse treatment, even life-or-death treatment. No matter what, the woman should be assured that her decisions will be respected.

Doctors are warned that, because medical knowledge is limited and prognostic certainty even more so, the use of coercion is unacceptable both medically and ethically. A doctor cannot know for certain that the recommendation is absolutely the best course of action–and even if it were so, s/he shouldn’t force it upon you.

Taking into account a woman’s own knowledge, feelings, experience, values, and world-view will help doctors talk to women who are refusing treatment. Doctors are discouraged from calling on the woman’s conscience to convince her to “do the right thing.”

The College opposes the use of legal action to mandate medical treatment.

Included in the new document is a reminder that informed consent, by nature, indicates that refusal must also be an option. Informed refusal is just as valid a choice. This all assumes that true, full information has been given and discussed.

Part of the document is an inset that describes culturally competent care, ways for doctors to connect with and better communicate with their patients. It includes acknowledging medical and personal limitations, asking questions, working together, seeking to understand, establishing trust, suspending judgement, and remembering that the patient has come to you for help. Help the patient, not the problem.

This whole thing gives me the sunshine and rainbows, kittens and flowers feeling. Also a pot of gold.

It’s truly wonderful, and I wish I had met single doctor who I thought behaved this way. Maybe there is hope! This is definitely a step in the right direction.

It is, however, just a statement of opinion, put out by a group of people who represent OB-Gyn doctors in the U.S. It does not mean they will all change how they practice. It does not mean a single one will change.

Even if they do, people are slow to change, and institutions even slower.

They may not behave ethically, but you still have to make the decisions. Take a birth class. Educate yourself with trustworthy material: online, in print, in person. Get a second opinion. Ask more questions. Say no. And don’t feel bad or hesitant to leave a bad situation. The law and their Committee Opinion are on your side.

Note: This article was reprinted with the author’s permission. It was originally published in Mothering magazine.