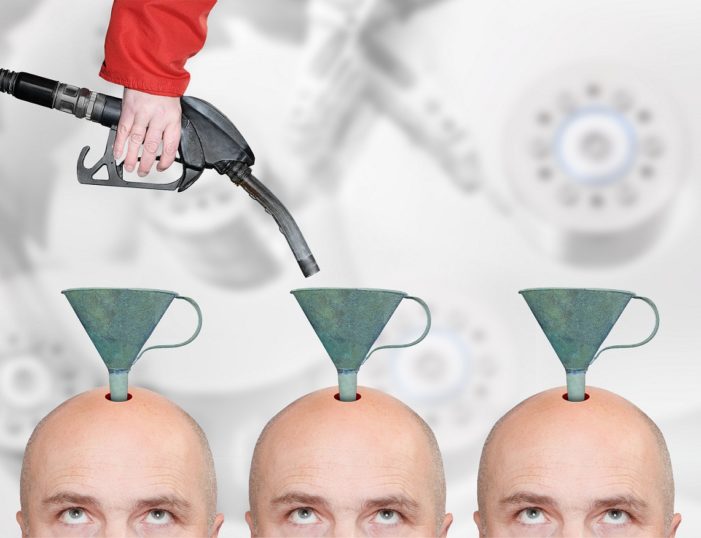 On March 5, 2013, The Washington Post entered the native advertising business by launching an initiative called “BrandConnect.”1 2 According to the Post, “The new native advertising feature invites organizations to publish commentary and opinion pieces that are featured in The Post’s Opinions online section.”3

I’ve previously written about the concept of native advertising, and I cited an explanation of it by The New Yorker’s Ken Auletta which I thought to be the clearest and most succinct.4 Here it is again:

Native advertising is basically saying to corporations that want to advertise, we will camouflage your ads to make them look like news stories. That’s essentially it.5

The main reason the Post and other publications have turned to native advertising  (also known as “advertorials” or “sponsored content” or “branded content” or “in-feed sponsored content”)4 is money. They simply need to make up financial shortfalls caused by diminishing ad revenue due to diminishing paid ads due to diminishing sales of paper newspapers and magazines due to the public’s growing preference for online free content. Advertisers have been less enthusiastic about paying for online ads because they do not believe they are as effective as paper ads.

Thus, newspapers like The Washington Post, The New York Times and magazines like Forbes and TIME have had to entice advertisers with the idea of native advertising, which is designed to draw readers to ads by tricking them into believing that what they’re reading is actually authentic reporting of the news or editorials representing the publication’s position on a controversial issue. It’s a bit shaky ethically, but that is the new trend in advertising.

What led me to suspect the Post may have dived headfirst into the business of native advertising was an article published in that newspaper on August 9, 2016 titled “A vaccine made my baby stop breathing. But I still believe in vaccination.”6 The piece was written by Jenn Kauffman, who is the “senior vice president of digital advertising at Revolution Messaging.”6

Revolution Messaging, LLC in Washington, DC describes itself as a company that specializes in the “latest in advertising tactics.” Using its services, “you can target the right individuals on any device, and be sure the ads are optimized to the time and location when they are most receptive to your message.” The firm is “unique to all other political agencies by combining award-winning creative with our proprietary advertising technology.”7

That’s interesting enough. But it was the title of the article that gave me a nagging pain in my stomach and drew me in. As a parent, I just couldn’t fathom how if a vaccine caused my child to stop breathing I would not seriously re-evaluate my willingness to use that vaccine, other vaccines—or any other pharmaceutical product for that matter. As I read the article, I began to recognize stock language that sounds less like it would come from a parent and more from a canned formula sales pitch for vaccines. It had the unmistakable feel of an ad.

According to Mrs. Kauffman, her baby recovered. The child had apparently experienced an “incredibly rare side effect from one of her vaccines, called a hypotonic-hyporesponsive episode.” According to Mrs. Kauffman, collapsing into shock after vaccination is an extremely uncommon reaction. So much so, she said, that “there aren’t even agreed-upon statistics about how rare it is.”6

Mrs.  Kauffman added, “The good news was that hypotonic-hyporesponsive episodes aren’t known to have lasting side effects. It was a random event, not likely to ever happen to our daughter again.”6

So what could have been a catastrophe, turned out just fine. A happy ending. Well, at least it was for Mrs. Kauffman’s family.

Here are the parts that give me pause because the text sounds so darn familiar:

According to the Vaccine Adverse Event Reporting System, a federal system for self-reporting problems with immunizations, approximately 10 million vaccines per year are given to children younger than 1 year old. Out of the millions of vaccines given each year, only 3,900 serious adverse events are reported by health-care providers or the public to the government database. And not all of these events are in fact linked to vaccines; some adverse reactions can be caused by unrelated illnesses.

Serious reactions do happen—our daughter is a testament to that. It was the most terrifying event of my life. But as I went through the data, I saw firsthand how exceedingly rare it was and how safe our vaccines really are.6

See what I mean?

Vaccine-preventable childhood illnesses, on the other hand, are very dangerous. Few children die of these diseases today. But before widespread vaccination, outbreaks and deaths were common. Before the rubella vaccine was introduced, a 1964 outbreak infected 12.5 million Americans, killed 2,000 infants and caused 20,000 cases of congenital rubella syndrome.

Leaving my baby unvaccinated would make her vulnerable if she were to be exposed to an outbreak, such as the 2015 measles outbreak that began in Disneyland and spread to multiple states. Epidemiologists blamed dropping vaccination rates for the rapid spread of the disease during the outbreak.6

So perhaps the Kauffman piece was a one-time thing, I thought. Perhaps I was being overly cynical. I dug around a bit. It didn’t take long before a pattern began to emerge. Over the past two years, there have been lots of other articles like the one Jenn Kauffman published in the Post.

There was the first-person story in February 2015 written by digital strategist Nuria Sheehan titled, “The polio vaccine killed my father. But that’s not a reason to oppose vaccines.”8  That was a good one.

Here are a few others:

Notice how a large block of the articles (including the polio one by Sheehan) were published during the height of the Disneyland measles brew-ha-ha last year. Coincidence?

The titles are not exactly subtle. They don’t even attempt to disguise that the author may be trying to sell you something. However, you can bet they’re having an impact on the public’s psyche. It’s a constant drip drip drip effect. Subliminal. That is how an industry goes about indoctrinating its audience and expanding its customer base.

9 Responses to "Native Advertising for Vaccines in The Washington Post?"