Rob Schneider: We Must Protect Our Vaccination Informed Consent Rights 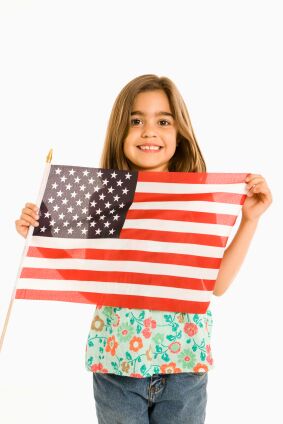 The most basic of all human rights is the ability to have control over your own body and be able to exercise informed consent when making medical decisions that can harm you or your child.

There is a concerted effort by the pharmaceutical industry, medical trade groups and their lobbyists and our paid elected representatives in state and federal government to persuade legislators to abolish rights that individuals and parents have in making informed choices about what is best for their health and their children’s health.

All pharmaceutical products, like prescription drugs and vaccines, carry a risk of permanent injury or death. No drug or vaccine is 100% safe or effective 100% of the time. It is also true that, as individuals, we do not all respond the same way to drugs and vaccines.

When there is a risk of permanent injury or death from any drug or vaccine, we must have a choice. If choice is taken away and people are forced to use any drug or vaccine licensed and mandated by our government, then we are no longer a free people but live in state sponsored medical tyranny.

There is also a problem with vaccine failures and waning vaccine immunity. Public health officials, medical trade groups and pharmaceutical companies admit that vaccine immunity is only temporary and sometimes they give no protection at all. In other words, vaccines don’t always work! In the case of the pertussis vaccine, whooping cough outbreaks often occur in individuals who are completely up to date with the Centers for Disease Control and Prevention’s (CDC) schedule of recommended shots.

The fact that Congress and the Supreme Court have given pharmaceutical companies and doctors COMPLETE IMMUNITY from product liability and personal injury lawsuits is a big red flag for parents being pressured to give their children dozens of doses of “unavoidably unsafe” vaccines. Parents look around and see so many chronically ill children in America, even though most children have gotten the CDC recommended 49 doses of 14 vaccines before age six. That is twice as many vaccinations as children got in the early 1980’s and three times as many vaccinations as children get in Europe.

While our children today have gotten more vaccines than any other generation before them, there has been an explosion in the numbers of chronically ill children in the U.S. Over 50% (actually 54%) of our nation’s children now live with these chronic diseases in numbers that were unheard of just a few short decades ago: ADHD and learning disabilities, peanut allergies, asthma, inflammatory bowel disease, childhood diabetes and obesity, rheumatoid arthritis, and children who suffer brain swelling (encephalitis) and seizures and are diagnosed with autism.

Instead of having a real discussion about why the most precious members of our society are suffering from this new onslaught of chronic illnesses and brain injuries, anyone who raises questions about vaccine safety and dares question the (paid) medical and pharmaceutical industrial complex is labeled and ridiculed as an “Anti-Science Anti-Vaxxer.”

The media fueled hysteria over the reporting of measles cases at Disneyland last year, when only 189 children and adults in a country with over 320 million people got measles, was used as an excuse to hammer through legislation in California that removed the personal belief vaccine exemption, including for religious and conscientious beliefs. Only 2.5% of children attending kindergarten in California had a personal belief exemption on file but those children will be blocked from getting a school education starting in the fall.

Now there is a concerted effort by public health officials to mandate vaccines for adults, too. Health care workers are being fired if they don’t get an annual flu shot, which CDC admits is a vaccine that doesn’t work half the time!

With hundreds of new vaccines being developed by industry and government, it is very important that we protect our legal right to exercise informed consent to vaccination for ourselves and our children because our civil rights also are being threatened if vaccination is tied to our ability to get an education, a job or medical care.

20 Responses to "Rob Schneider: We Must Protect Our Vaccination Informed Consent Rights"