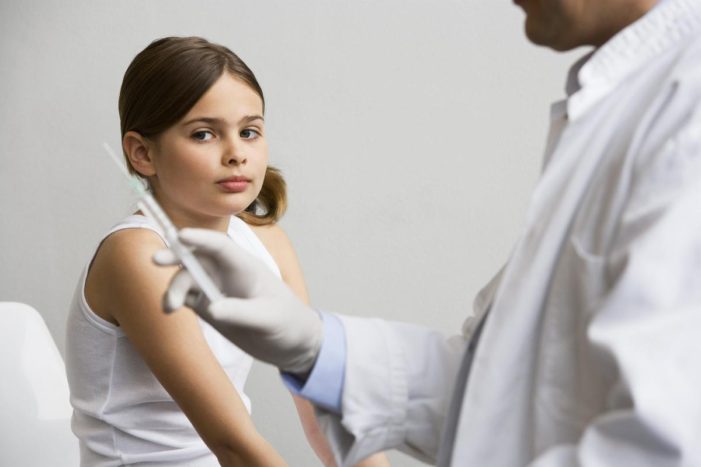 U.S. government health officials continue to push hard for a countrywide mandate of human papillomavirus (HPV) vaccination. They maintain that the cost-benefit ratio of the new nonavalent Gardasil vaccine, which contains nine HPV strains, the ticket to succeeding in their efforts to get every girl and boy in America to take the vaccine.

In 2014, the U.S. Food and Drug Administration (FDA) approved Merck’s nonavalent vaccine that targets five more types of sexually transmitted HPV strains associated with cancers.2 The nine-strain vaccine is now approved for use in females and males aged 9 to 26 years and is administered in three separate shots.3

In its February 2015 meeting, the U.S. Center for Disease and Prevention’s (CDC) Advisory Committee on Immunization Practices (ACIP) recommended the nonavalent Gardasil vaccine as an option for routine HPV vaccination.

With 30 strains of HPV that specifically affect at least half of sexually active females and males, the nine HPV Gardasil vaccine may seem to bump up the vaccine’s protection. However, the additional five HPV strains targeted by the nonavalent vaccine are related more to HPV-associated cancers in females rather than cancers in males. In fact, ACIP concluded that the additional protection from the nonavalent vaccine will mostly benefit females.4

According to a report by the Henry J. Kaiser Family Foundation, the five additional HPV strains are associated with approximately 20% of all cervical cancer cases.5

A 2016 study published in the Proceedings of the National Academy of Science reported a positive cost/benefit ratio for universal use of the nonavalent version of the HPV vaccine. Government health officials are likely to use this study as an impetus for even more strongly promoting a national HPV vaccine mandate for all children.

Yale University researchers created a model of HPV transmission, cervical cancer incidence and HPV vaccination rates, taking into account state-specific demographics, sexual behavior and migratory patterns. They used their model to “test” the cost-effectiveness by assuming that children in all states would get the nonavalent HPV vaccine.

At the national level, the researchers concluded that the nonavalent version achieved cost-effectiveness when compared to the bivalent and quadrivalent versions.6

In terms of health impact, the study authors predicted that switching to the nine-strain version would decrease cervical cancer incidence by 73%, compared with 63%  with older vaccines that contained fewer HPV strains. The model also predicted a reduction in deaths due to HPV associated cancers by 49% versus 43%.7

The researchers concluded that switching to the nonavalent version would have the same impact as raising the rates of vaccination by 11%, but would cost $3 billion less. They estimated that nationwide use of the new Gardasil vaccine would translate to a state-specific health savings per capita of $4.40.8

“[I]f policies promoting nonavalent vaccine implementation and expansion of coverage are coordinated across multiple states, all states benefit both in health and in economic terms,” the researchers wrote.9

Gardasil 9 cost roughly between $140 to $180 per dose, compared with the $130 to $150 range for the older quadrivalent Gardasil.10 Insurance companies are expected to start covering Gardasil 9 in January 2017.

Though government efforts seem to be ramping up to secure a national mandate, HPV vaccination rates remain low.

Half of the states in the U.S. have proposed programs to increase HPV vaccination. So far, only three states have enacted HPV vaccine mandates for school attendance (Washington, DC, Virginia, Rhode Island), although 25 states and territories have proposed legislation that has not passed yet.11

In Virginia and Washington, DC, currently parents can opt to decline the vaccine for their children.12