Study: Medical Error is the Third Leading Cause of Death in the U.S. 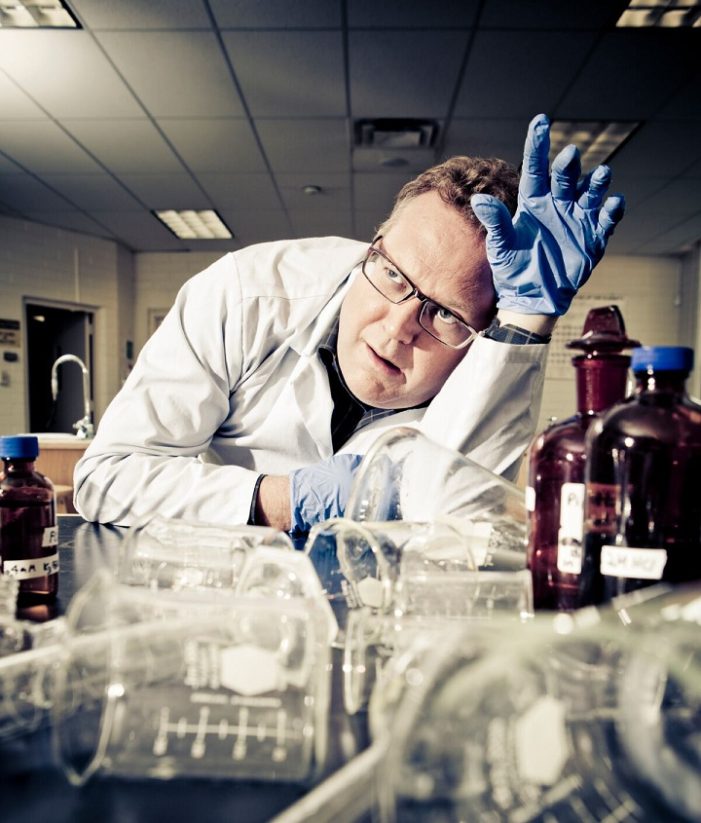 Medical error is the third leading cause of death in the United States, according to a new study published in the medical journal BMJ (formerly the British Medical Journal).1 The study, co-authored by Martin Makary, MD, professor of surgery at the Johns Hopkins University School of Medicine, and research fellow Michael Daniel, also of Johns Hopkins, defines medical error as:

an unintended act (either of omission or commission) or one that does not achieve its intended outcome, the failure of a planned action to be completed as intended (an error of execution), the use of a wrong plan to achieve an aim (an error of planning), or a deviation from the process of care that may or may not cause harm to the patient.1

Dr. Makary was quoted by The Washington Post as saying, “It boils down to people dying from the care that they receive rather than the disease for which they are seeking care.”2

The Post article also quoted Frederick van Pelt, MD of healthcare consultancy The Chartis Group of Chicago, IL, who noted that medical error also accounts for a large number of “severe patient injuries.” According to Dr. Pelt, “Some estimates would put this number at 40 times the death rate.”

If accurate, such estimates would put the number of severe injuries due to medical error in the U.S. at more than 10 million per year.

The number of deaths that Dr. Makary and Daniel attribute to medical error are significantly higher than previous estimates by the Institute of Medicine (IOM), which the Hopkins researchers acknowledge as the most commonly cited. In their study, Dr. Makary and Daniel point to a 1999 IOM report which “describes an incidence of 44,000-98,000 deaths annually.”1

But Dr. Makary and Daniel say the IOM study was “limited” and “outdated” and was not “based on primary research conducted by the institute but on the 1984 Harvard Medical Practice Study and the 1992 Utah and Colorado Study.”

The Makary/Daniel numbers, however, are significantly lower than the 440,000 deaths attributed to medical error by The Leapfrog Group of Washington, DC in its 2013 Hospital Safety Score survey.3

While the Leapfrog survey uses the term “hospital error” and, therefore, may have a broader definition of “medical error” than the study by Dr. Makary and Daniel, it is still worth noting. The bottom line is that an awful lot of Americans are needlessly dying at the hands of those who are charged with caring for them when they are ill or injured. According to the president and CEO of The Leapfrog Group, Leah Binder:

We are burying a population the size of Miami every year from medical errors that can be prevented. A number of hospitals have improved by one or even two grades, indicating hospitals are taking steps toward safer practices, but these efforts aren’t enough. During this time of rapid health care transformation, it’s vital that we work together to arm patients with the information they need and tell doctors and hospitals that the time for change is now.3

So what is the solution? According to Joseph Mercola, DO, there may not be an easy solution. Dr. Mercola has advised to “simply minimize your interactions with the conventional system.” He does not believe the “system” offers very much in terms of “prevention or treatment of chronic disease” anyway. He says, “More often than not, conventional strategies in no way shape or form address the underlying cause of your disease.”4

Given the high number of deaths and injuries being caused by the medical system in our country, the basis for Dr. Mercola’s counsel does not appear to be unfounded.

1 Makary MA, Daniel M. Medical error—the third leading cause of death in the US. BMJ 2016; 353: i2139.
2 Cha AE, Researchers: Medical errors now third leading cause of death in United States. The Washington Post May 3, 2016.
3 Hospital Errors are the Third Leading Cause of Death in U.S., and New Hospital Safety Scores Show Improvements Are Too Slow. Hospital Safety Score Oct. 23, 2013.
4 Mercola J. New Report: Preventable Medical Mistakes Account for One-Sixth of All Annual Deaths in the United States. Mercola.com Oct. 9, 2013.

3 Responses to "Study: Medical Error is the Third Leading Cause of Death in the U.S."