When the Media Thinks and Concludes for the People 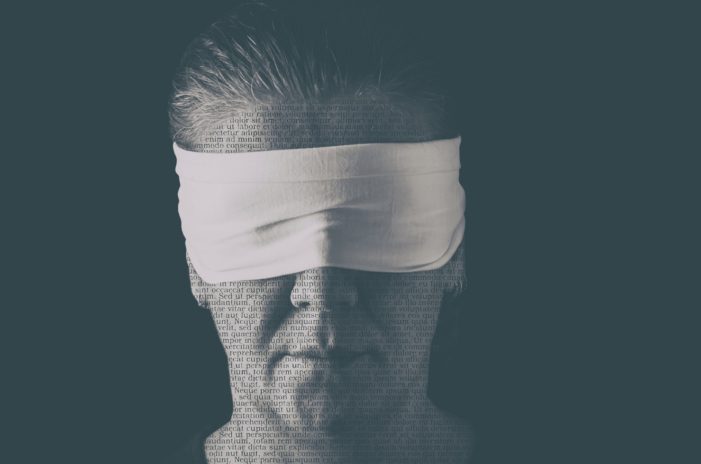 In the days leading up to Robert De Niro’s decision on Saturday, Mar. 26, 2016 to pull Vaxxed: From Cover-up to Catrastraphe from this year’s Tribeca Film Festival movie lineup, the veteran actor and co-founder of the event was roundly criticized by the corporate media led off by blogger attacks expressing outrage that the film would be publicly screened by Tribeca. Mr. De Niro had originally supported screening the film about the alleged cover-up by officials at the Centers for Disease Control and Prevention (CDC) of a study showing a correlation between the MMR (mumps, measles and rubella) vaccine and a higher incidence of autism in some children.

On Friday, Mar. 25, Mr. De Niro issued the following statement explaining his decision to include Vaxxed among the many films screened at Tribeca this year:

Grace [Hightower De Niro] and I have a child with autism, and we believe it is critical that all of the issues surrounding the causes of autism be openly discussed and examined. In the 15 years since the Tribeca Film Festival was founded, I have never asked for a film to be screened or gotten involved in the programming. However this is very personal to me and my family and I want there to be a discussion, which is why we will be screening VAXXED.1

The next day, Mr. De Niro issued this statement:

My intent in screening this film was to provide an opportunity for conversation around an issue that is deeply personal to me and my family. But after reviewing it over the past few days with the Tribeca Film Festival team and others from the scientific community, we do not believe it contributes to or furthers the discussion I had hoped for.2

So what happened in the interim?

Tribeca’s lineup had been announced on Monday, Mar. 21. The film was scheduled for screening at the School of Visual Arts Theater 2 (SVA2) in New York City on Apr. 24.3 Tickets were set to go on sale on Mar. 29. Then, suddenly, in what seemed like a coordinated campaign to discredit Mr. De Niro and the film festival he founded, a series of articles began appearing online and in major newspapers and magazines around the country. The articles attacked De Niro and Tribeca for daring to show the film. They critiqued the film before it was even given the opportunity to be seen by reviewers so it could, in fact, be legitimately critiqued. There were articles in The New York Times, Los Angeles Times, Forbes, Vanity Fair, and other mainstream publications.

Careless actions such as those of the Tribeca Film Festival don’t contribute to ‘dialogue and discussion,’ as the festival’s PR would have it; they just spread misinformation and pseudoscience and undermine public health.4

However, isn’t that the whole point of film festivals… to allow film reviewers and the public to decide whether a movie should be trashed and forgotten or analyzed and discussed? How do you know whether a film, or any book, essay, piece of art or a scientific study for that matter, makes an important contribution to knowledge or a public conversation unless the public is allowed to see it, experience it, and then proceed to exercise freedom of thought and engage in dialogue and discussion?

It’s unclear how much impact all the media backlash to Vaxxed had on Mr. De Niro’s sudden change of heart. There may have been other things going on that were way beyond Mr. De Niro’s control. In the end, there’s no denying what the free press did, by trashing the movie outright before it was even publicly screened, was help deny its director, producer, sponsors and those interviewed in the film the right to freedom of expression—the right that our free press holds so dear for itself. Our free press engaged in nothing less than censorship.

So no, what occurred was not unconstitutional. But it was censorship.

Chinese dissident artist Ai Weiwei describes censorship more simply and to the point. To him, “Censorship is saying: ‘I’m the one who says the last sentence. Whatever you say, the conclusion is mine.'”6

That is what America’s so-called free press has done in the case of Vaxxed. That’s what our free press continues to do with regard to the growing national debate on the safety and effectiveness of vaccines and the right of informed consent to vaccination in this country. It has taken it upon itself to do the concluding on behalf of the American people, rather than allowing the American people to think for themselves.

Fortunately, as Ai Weiwei adds, “[T]he internet is like a tree that is growing. The people will always have the last word—even if someone has a very weak, quiet voice. Such power will collapse because of a whisper.”6