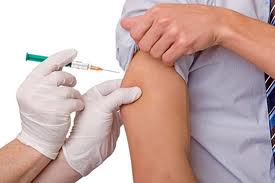 Public health officials in the United Kingdom launched a brief investigation of an incident involving about a dozen boys at a secondary school in Northampton, England who collapsed on January 26, 2016 after receiving a routine series of meningococcal quadrivalent vaccines (bacteria types A, C, W135 and Y) for meningitis.1 2 The boys are 10th grade students at the Northampton School for Boys.

According to an article by The Daily Mail, the mother of one of the boys observed that, “Several different vaccines were being administered, and around 10 to 15 pupils keeled over and paramedics were called.”3 The woman said she saw the boys “on their backs on the floor with their legs up on chairs.”3 The boys eventually recovered, although one of them, who had fallen unconscious, was taken to the hospital as a precautionary measure.1

Following the vaccine reactions experienced by the students, the remainder of the vaccinations were cancelled. A letter from the school was sent to home to their parents instructing them to monitor their children for signs of “dizziness, nausea or skin rash.”4

A spokesperson for the school said on January 27, “The children were checked over and one in particular was taken to A&E for precautionary measures and later discharged with no further effects. All children today (Wednesday) are well and have suffered no long lasting ill effects.”5  The school contacted families to “inform them of the situation providing assurances of the steps taken and will be rescheduling the vaccination programme in due course.”5

Public Health England was reported to be “satisfied that this was an isolated incident and that there is no issue with the batch of vaccines.”5

An article in the Daily Records cited information provided by the National Vaccine Information Center (NVIC) on the reported incidence of adverse effects of meningococcal vaccine:

[A]s of September 30, 2015, the federal Vaccine Adverse Events Reporting System (VAERS), which includes only a small fraction of the health problems that occur after vaccination in the U.S., had recorded more than 1,846 serious health problems, hospitalizations and injuries following meningococcal shots, including 99 deaths with about 34% of the deaths occurring in children under age six.4 6